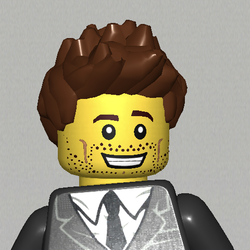 To celebrate its 200th anniversary Harley Davidson presents the NextGen !!
For this major event, the NextGen uses the brand's most important criteria: from mythical design to emblematic sounds, mimiced by 2 compressed exhausts pipes.
The NextGen goes into flight position with its retractable tripod landing gear. The two wheels are divided into 4 articulated arms and then serve as turboprops.
The removable side indicators unlock the 2 rear arms, which are fixed together in the road position in order to turn simultaneously.
Its eco friendly electromagnetic engine and mechanism are fully visible from the outside. It is also entirely self-powered by 4 turbo alternators located in turboprops.
The rear cooling system, visible in the flying position, follows the logo's design with its removable fins.
Finally, the NextGen has a crank handle in case of a flat battery to restart the engine and to ride forever...
*L=304mm W=130 H=180
37