Greetings programs! The LEGO Ideas 21314 TRON: Legacy set has initiated the launch sequence and is now available worldwide. Visit the online LEGO Store to get yours. 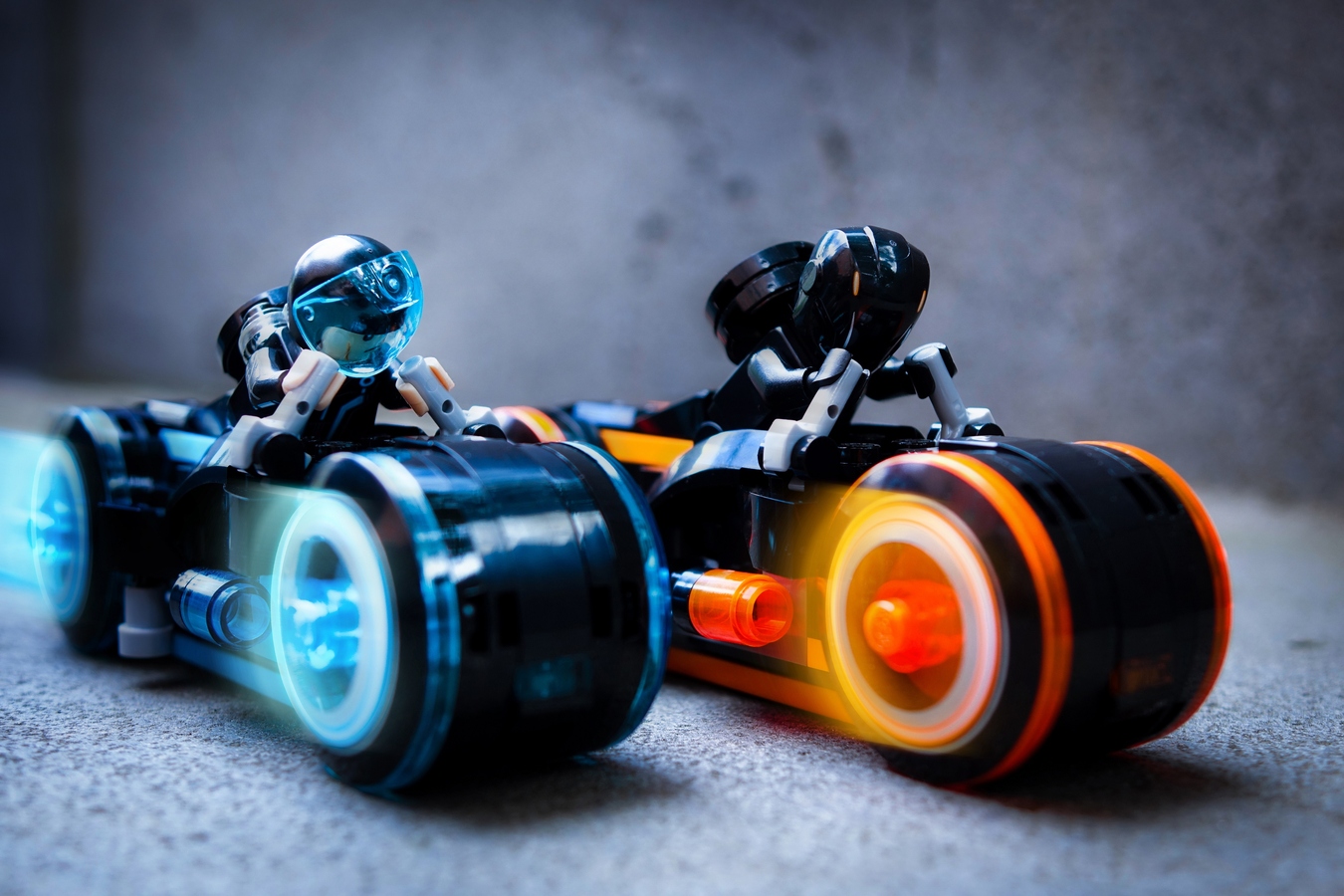 First proposed by the British brothers Tom & Drew (a.k.a. BrickBros UK), also known from their YouTube channel BrickBros UK, in October 2015, it took approximately 1½ to reach the 10,000 supporter milestone before being approved for production 6 months later.

Below you can see Tom & Drew's original submission before LEGO Designer Junya Suzuiki and LEGO Graphic Designer Mark Tranter took over in order to turn their submission into an official LEGO set, in collaboration with the fan designers. Inspired by Tom & Drew's update to their project, the LEGO design team decided to include Rinzler's orange Light Cycle to the set as well to increase the overall play and display value. 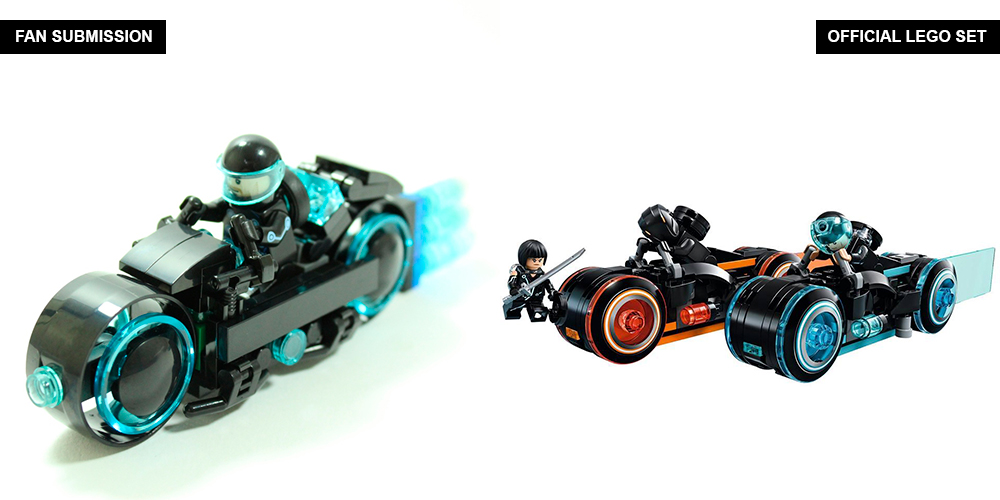 The final set features 2 Light Cycles, each with minifigure seats and translucent-colored light-style elements, plus a divisible TRON grid with attachment points for the vehicles. You can use the grid as a display base for the Light Cycles or split it in 2 to recreate the chase scene from Disney's TRON: Legacy movie. Alternatively, stage an Identity Disc battle between the 3 included LEGO minifigures—Sam Flynn, Quorra and Rinzler—on the grid. This construction toy includes a booklet with information about its fan creator and LEGO designers, plus the lowdown on Disney’s TRON: Legacy movie and its main characters. 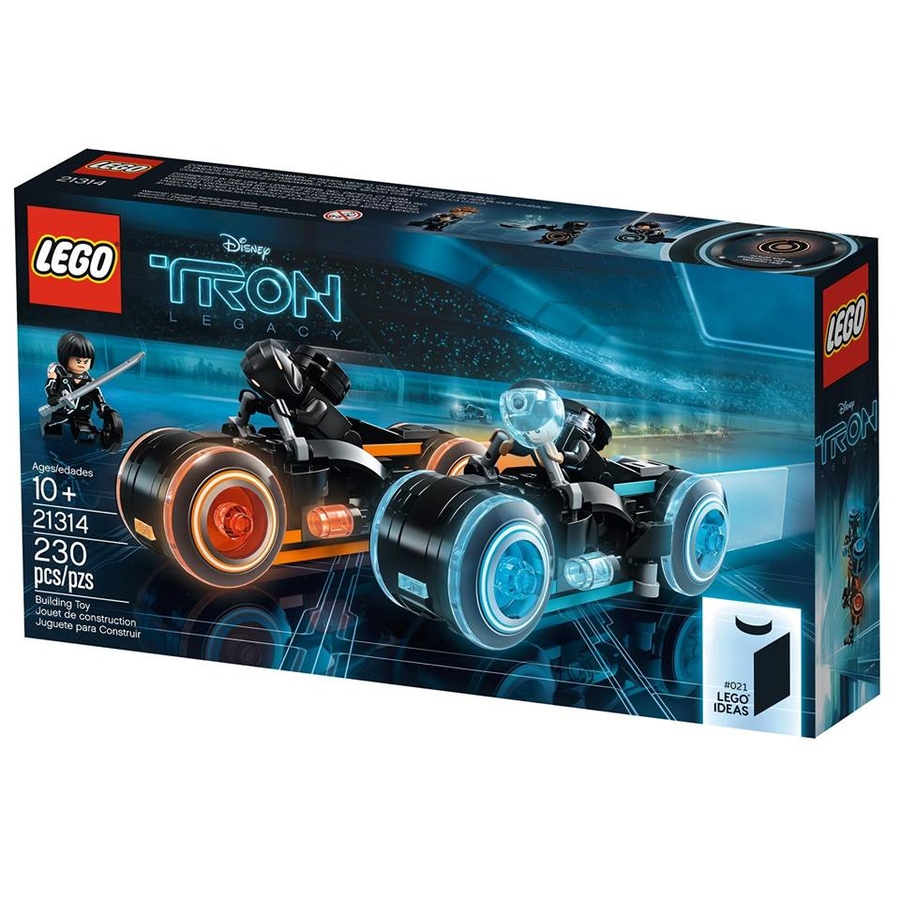 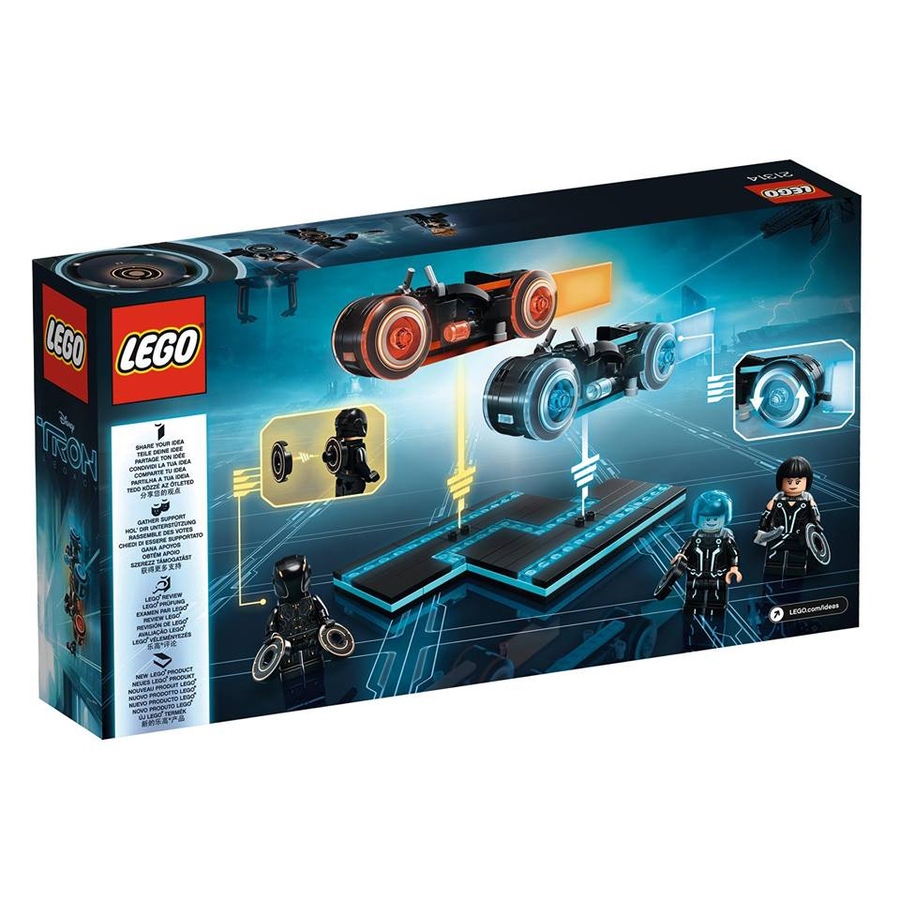 Hear more about how the LEGO designers turned Tom & Drew's submission into a final set.