We wish to give a big thanks to all the members behind the over 150 incredible family moments submitted. Over the last week's our judges have had plenty to deliberate over as the determined the 1 Grand Prize winner and 2 Runner Ups in the "Create an amazing Family Moment!" contest. Check out the winners below!

We wish to extend our congrats to the three winners on their accomplishment! 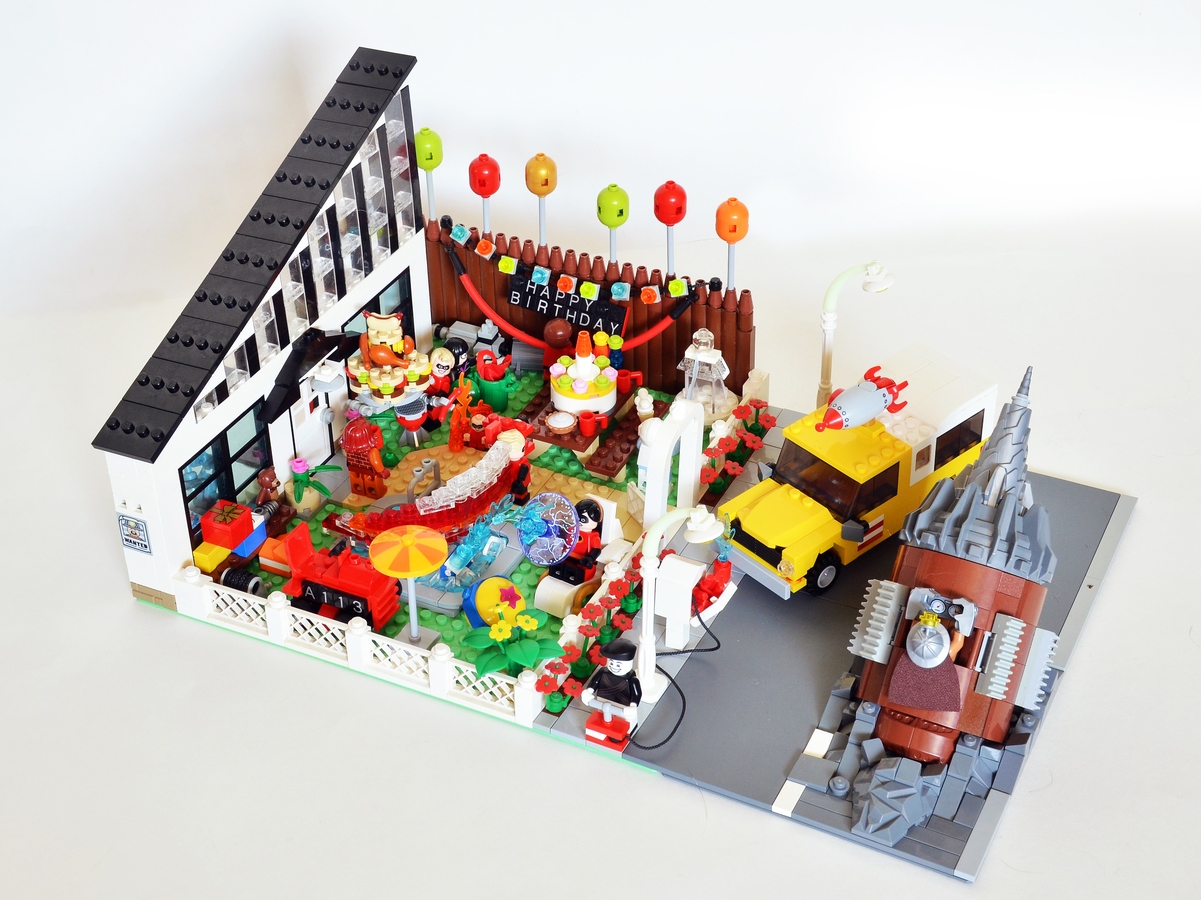 Overall coolness and originality:
This one is chock-full of stuff! It incorporates so many elements from both films which is why we loved this one so much. Moments that are true to character including Edna tossing a cape, because “No Capes!”, Frozone making an ice sculpture, Elastigirl stretching to hang the Happy Birthday garland, villains from both films doing dastardly acts! There is so much going on that you can easily skip some of the many details included in the piece. It makes it really fun to look at!

Most inspired details:
To name a few, A113, the Pizza Planet truck, the Pixar ball, the Pixar Lamp. This entrant is definitely paying attention to Pixar’s Easter Eggs! The visual of The Underminer drilling through the road is very powerful and a nice idea to only show the front half as it seems more dynamic.

Relevance to contest theme:
Absolutely! Family time with the Parrs and their friends. What could possibly happen?!

Best use of LEGO elements:
The effect used to show the blurring caused by Dash’s fast movement. Very cool! The use of the minifigure rocket element on top of the Pizza Planet truck works really well. 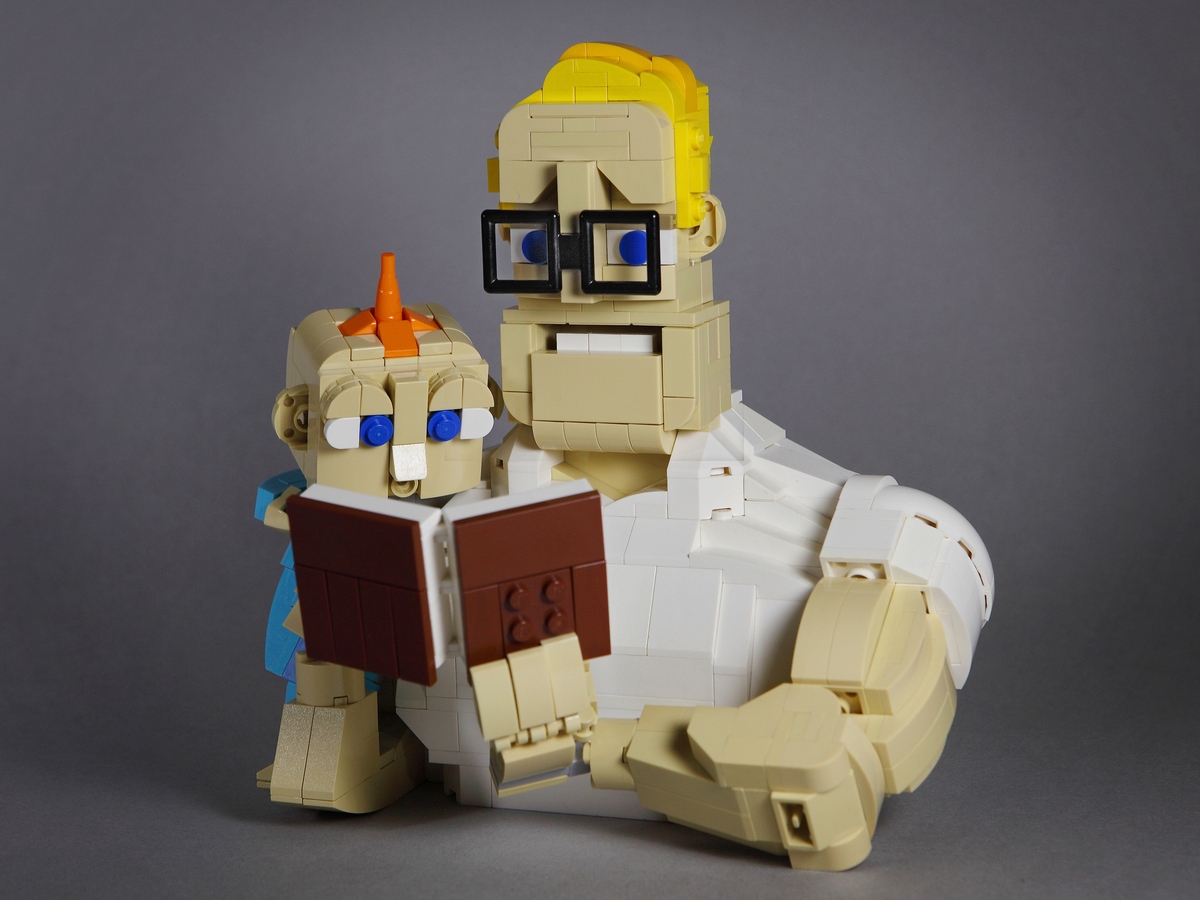 Overall coolness and originality:
We love this moment from the film showing Bob trying to take care of Jack-Jack and how much it physically exhausts him. The progression from Bob starting to read to a docile Jack-Jack who then proceeds to shoot lasers out of his eyes through the book before finally combusting and setting Bob’s hair on fire is so great! Bob’s singed hair and 5 o’clock shadow show just how much of a toll parenting can take on even the most super of heroes!

Most inspired details:
Bob’s five o’clock shadow that appears in the final image is perfect!

Relevance to contest theme:
Whether your baby has latent powers or not, parenting is a heroic act!

Best use of LEGO elements:
The lasers coming out of Jack-Jack’s eyes and through the book are a nice level of detail! The carrot element for Jack Jacks little strand of hair is perfect.

An Incredible Travel Booklet... by Brickproject_7540 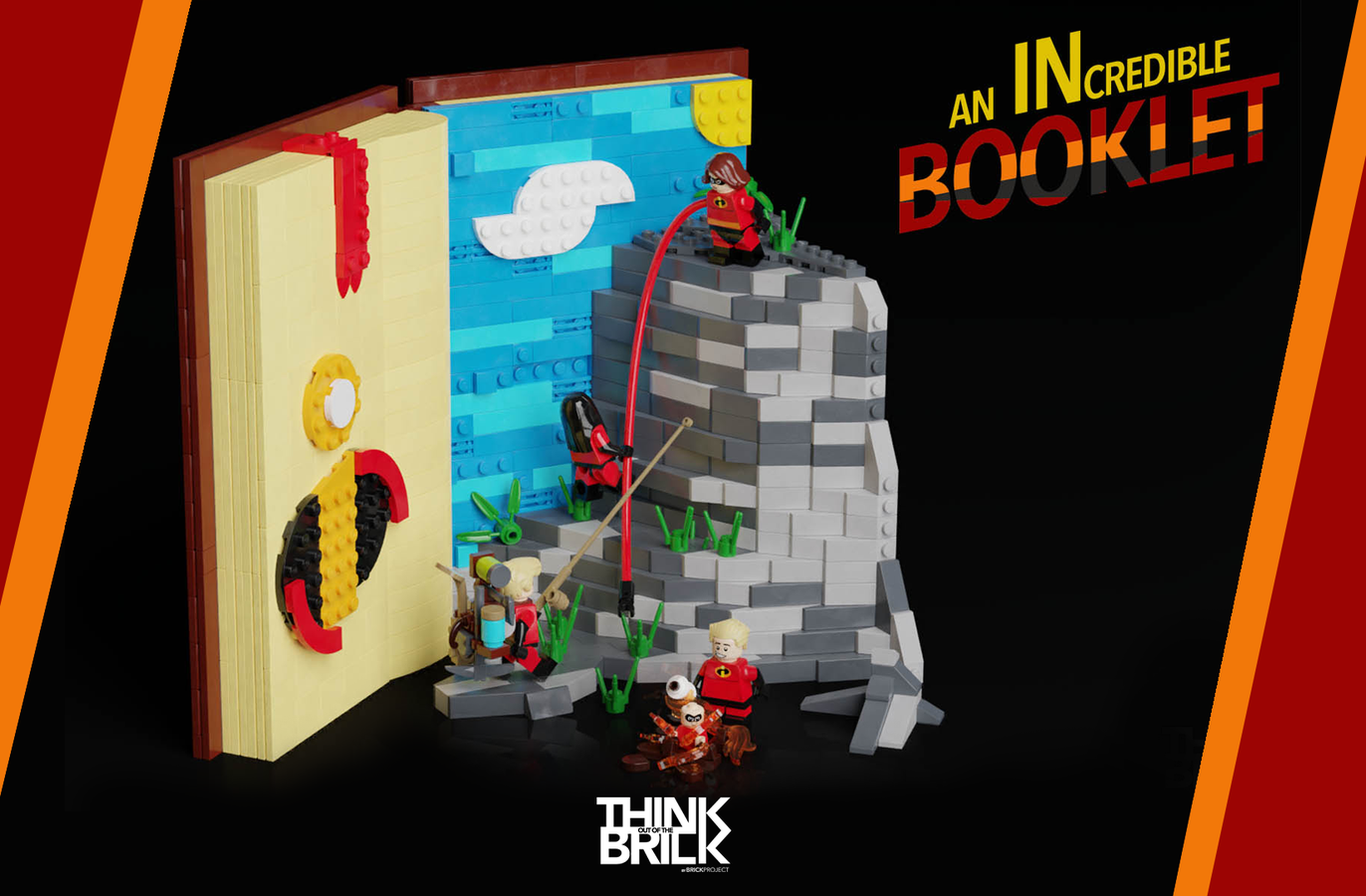 Overall coolness and originality:
We thought this was a really original way to show the Parrs on an adventure together.  You can see each of the family members working together to help one another get through the mountain. We love the idea presented in this little diorama that adventure can be had within the pages of a book (or booklet).

Most inspired details:
We love that if you turn the book a little bit you can actually see the inside of the mountain with Dash in it.

Relevance to contest theme:
The Parr family works together to help each other tackle the mountain, super-family time!

Best use of LEGO elements:
The construction of the book with the Incredibles logo on one side and the sky, sun and cloud background is pretty neat! 1041 bricks is hard to wrap your mind around!

We've got another winner announcements coming up!

However, if you're longing to enter a LEGO Ideas contest you can also do that, as we have 3 active contests going on right now: