By Alatariel Elensar
13 comments
A BIG THANK YOU to everyone who supported this project, posted articles, and shared it on Facebook and Twitter! It has been a great ride and the final boost was absolutely spectacular!

To to get updates as the project goes through Review follow me on Twitter
For more information, images and discussion please check my blog: Alatariel's Atelier
My other Lego Cuusoo projects can be found here: Alatariel's Projects

Although recently LEGO® has started to design and add more female figures to their sets, they are still a minority. A small set of minifigures would provide a great opportunity to add women to our LEGO® town or city communities. I have designed some professional female minifigures that also show that girls can become anything they want, including a paleontologist or an astronomer. Being a geochemist myself the geologist and chemist figures are based on me:-) Due to the limitations of LDD the heads and hairstyles I used here are a bit limited. Ideally, Lego would use some 'rare' face and hair designs if they were to produce a set.

Each figure comes with a 6x4 base plate and a corresponding setting to enhance the building experience and stimulate creativity. The sets also come with lots of accessories, such as bones, vials, a magnifying glass, etc. I have designed 12 individual vignettes, but I imagine a selection of 3 would make a good box size.

Because the project is climbing to 10k really fast it's time to evaluate which sets are most popular so Lego can take that into account when they review the project. Many people have left comments indicating their preferred designs - thanks! - and it is clear that the Science-based ones are favored. As such, I would like to propose that the final set will represent a versatile Research Institute comprising the labs of the Astronomer, the Paleontologist, and the Chemist: 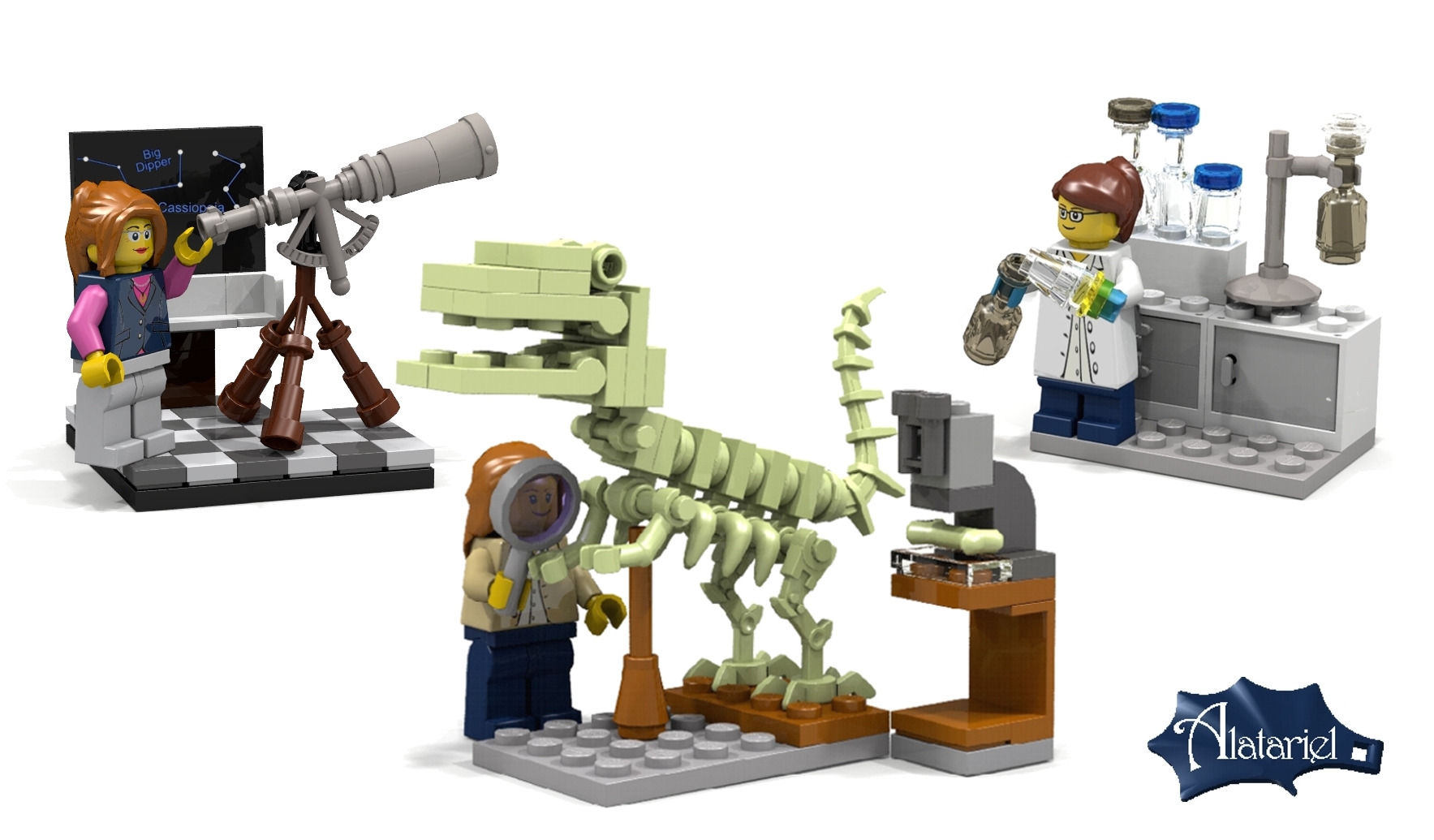 The motto of these Scientists is clear: explore the world and beyond! The Astronomer discovers new stars and planets with the telescope, the Paleontologist studies the origin of the dinosaurs and the Chemist does experiments in the laboratory. The complete set consists of 138 parts.

Of course, the final decision is up to Lego. They could decide to produce only one of the vignettes in which case I would propose the Paleontologist. It's also possible that they would like to make a bigger set. The Research Institute could easily be expanded with the Robotics Engineer, which is also highly popular.

Below are the other designs they might want to consider. 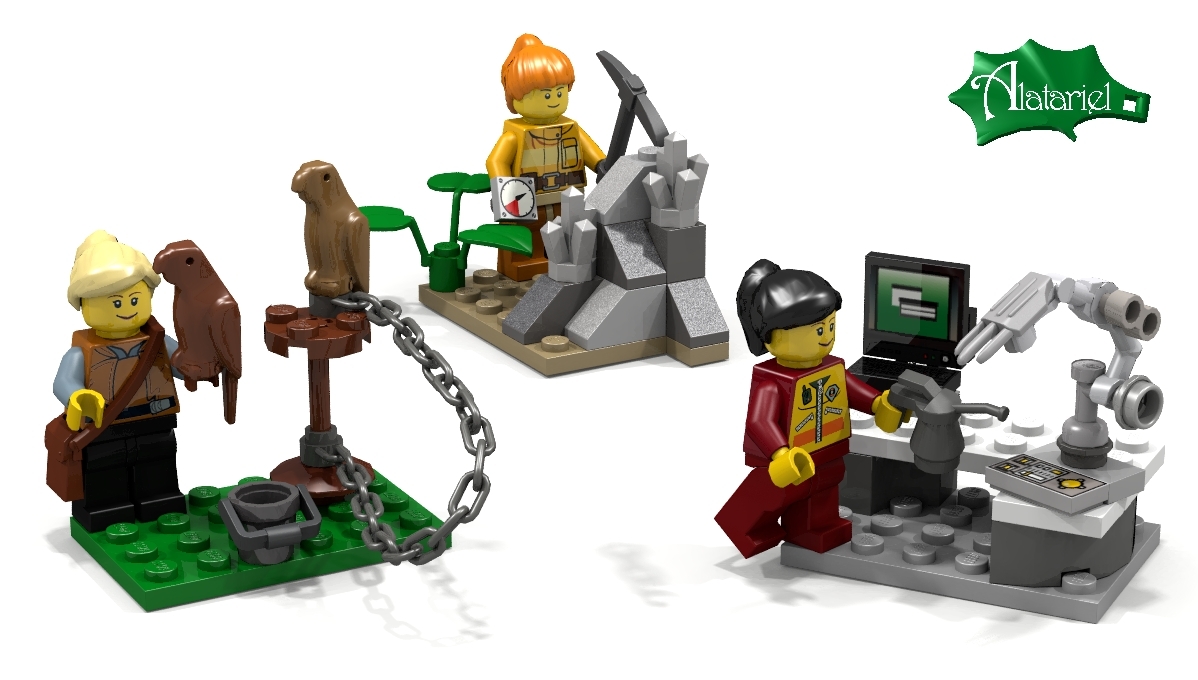 Falconer with two birds, Geologist with compass and hammer in the field & Robotics Engineer designing a robot arm 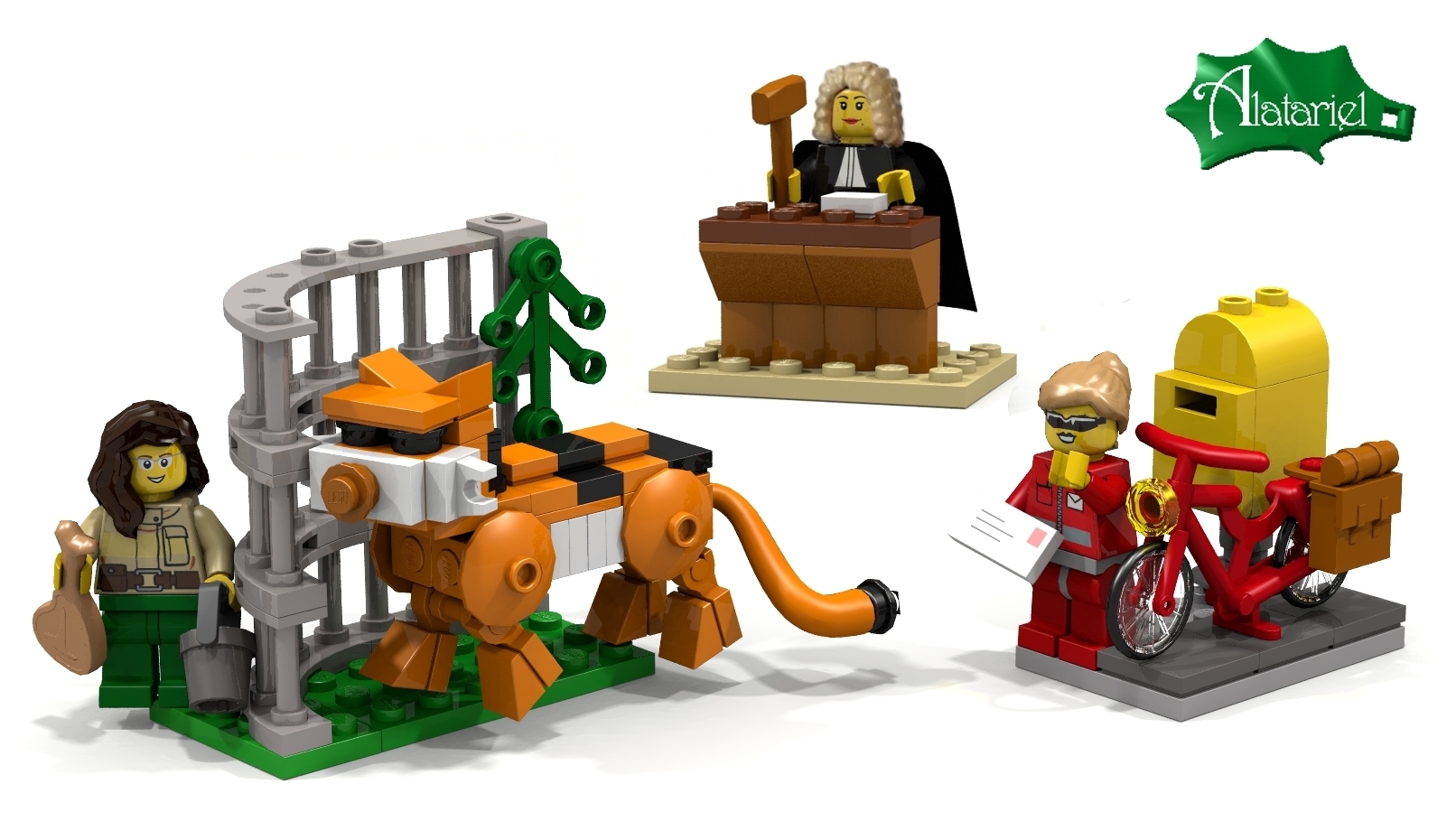 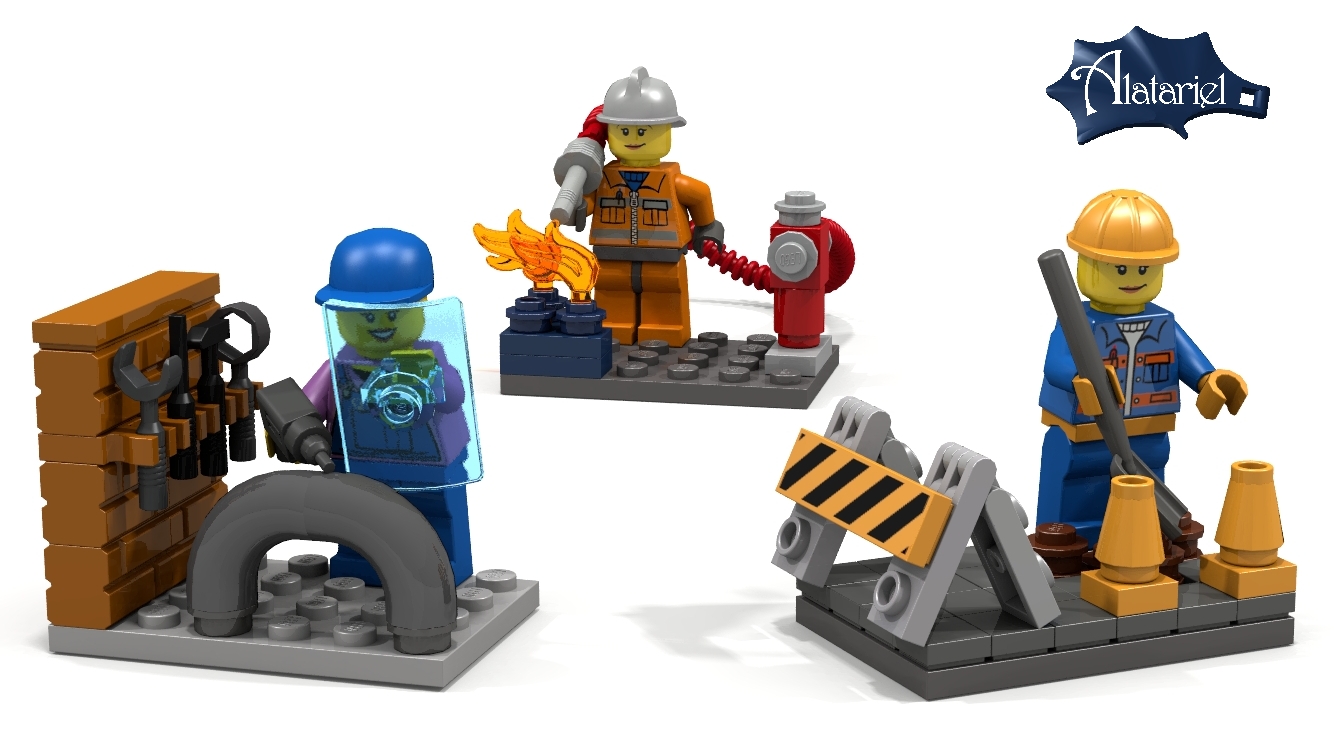 Check out these great projects too and support!