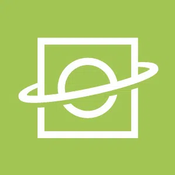 "Power Your Dreams" - Xbox
The Xbox Series X is a power house of a console and recently celebrated its 1-Year Anniversary! Its sleek monolithic design allows it to reach new levels of speed and performance, and let's you enjoy a variety of gaming experiences, from the latest generation games, to Xbox Original, Xbox 360, and Xbox One titles. With your help, you just might be able to bring the awesomeness of the Series X, and any game you can imagine, to life with LEGO bricks!
About the build...
While it may be easy to think that a 1:1 scale Series X would make for a boring model, I strived for extreme accuracy in the build, with all the buttons, ports, and vents exactly where you'd expect to find them. And I wasn't going to be satisfied with simply building the exterior of the console and letting all that interior space go to waste. That's why I designed this build to open up, revealing three hidden video game scenes inside! Each scene can be easily removed from the console to display them on their own. Or the game scenes will slide back into place when you close the side of the console. What games will go inside the console? Who knows! But I will update the project with a few sample game scenes from popular Xbox titles as the project receives more and more support. And anyone could easily create scenes of their own for their favourite Xbox games!
You of course can't enjoy some gaming action without a controller, so the build features a buildable Xbox Wireless Controller. Achieving the smooth, clean lines of the controller was challenging, and while the results aren't perfect, it's easily recognizable and feels great in hand. It could perhaps even be mistaken for the real thing at a distance! While unfortunately none of the buttons are functional, I was able to include an opening battery compartment, which you can even remove the batteries from! I've also included a brick-built stand with the Xbox logo, providing for a great way to keep the controller on display.
Console Dimensions: 15 cm L x 15 cm W x 30 cm H (6" L x 6" W x 11.75" H)
Controller Dimensions: 11 cm H x 16 cm W x 6 cm D (4.5" H x 6.25" W x 2.5" D)
Why will this make for a great LEGO set?
The Xbox Series X, like any gaming console, brings the joy of video games to fans young and old and of all kinds, just as LEGO bricks bring the joy of building to everyone. The Series X itself makes for a sleek display piece with amazing functionality, while opening up endless possibilities for what games could be displayed within the console!
10,000 supporters can help this project become a LEGO set! Supporting is free, so hit that "Support" button!
Check out my socials for updates on this build and more: Instagram | Twitter | Twitch ...and also check out my PlayStation 5, Brick Patent, and other projects right here on Ideas!
Thanks for checking out this project, I hope to have your support! - Nick