Last week's San Diego Comic Con (SDCC) was a very special one for the LEGO Ideas team, as it was the first time the new Voltron set was available for purchase - with boxes signed by LEGO Designers Sam Johnson and Niek van Slagmaat as an extra touch for this particular event. However, as it turns out, this years edition of SDCC turned into quite the memorable one for one lucky LEGO fan by the name of Francis, who went home with a very special, built Voltron model signed by members of the LEGO Ideas team.

We had brought along a built version of the Voltron set that we would go on to use throughout the 5 days of SDCC in our numerous interviews and show-and-tells, but at the end of it all we thought Voltron needed to fly from the nest and find a good, new home with a LEGO Voltron fan who would look after it. As we only had limited quantities of the Voltron set available for purchase, we also wanted to give away this Voltron to an unlucky fan who had unfortunately not managed to purchase the set. And so the quest started to find that one (un)lucky and random LEGO fan!

We turned to colleagues working at the LEGO booth, who had helped wrangle the queues at the store over the last few days, to keep a watchful eye for such a fan and it didn't take long before one was identified. He was remembered as having turned up every morning to join the queue to buy the very popular Voltron set, but being a bit too unlucky.

So it was with big pleasure that we invited the unassuming Francis up to the private upper floor where he thought he was going to get a hold of the regular Voltron set, but instead we were able to present the signed Voltron model to a very surprised and excited super fan! It was very emotional and tears were even shed (although by Francis' girlfriend). It certainly humbles us when we get to witness LEGO fans react so passionately to the products that we help bring to life.

It was great to be able to have a chat with Francis about LEGO and LEGO Ideas, and find out that he's a fellow LEGO Ideas member who had supported Lendy's original submission way back in the day and has been a SDCC attendee for the past 15 years. LEGO Designer Niek of course also had to show Francis the ins and outs of Voltron and how the transformation takes place (Francis made sure to add sound effects in the form of the Voltron theme song during the transformation).

Thanks for being such a big fan, Francis! 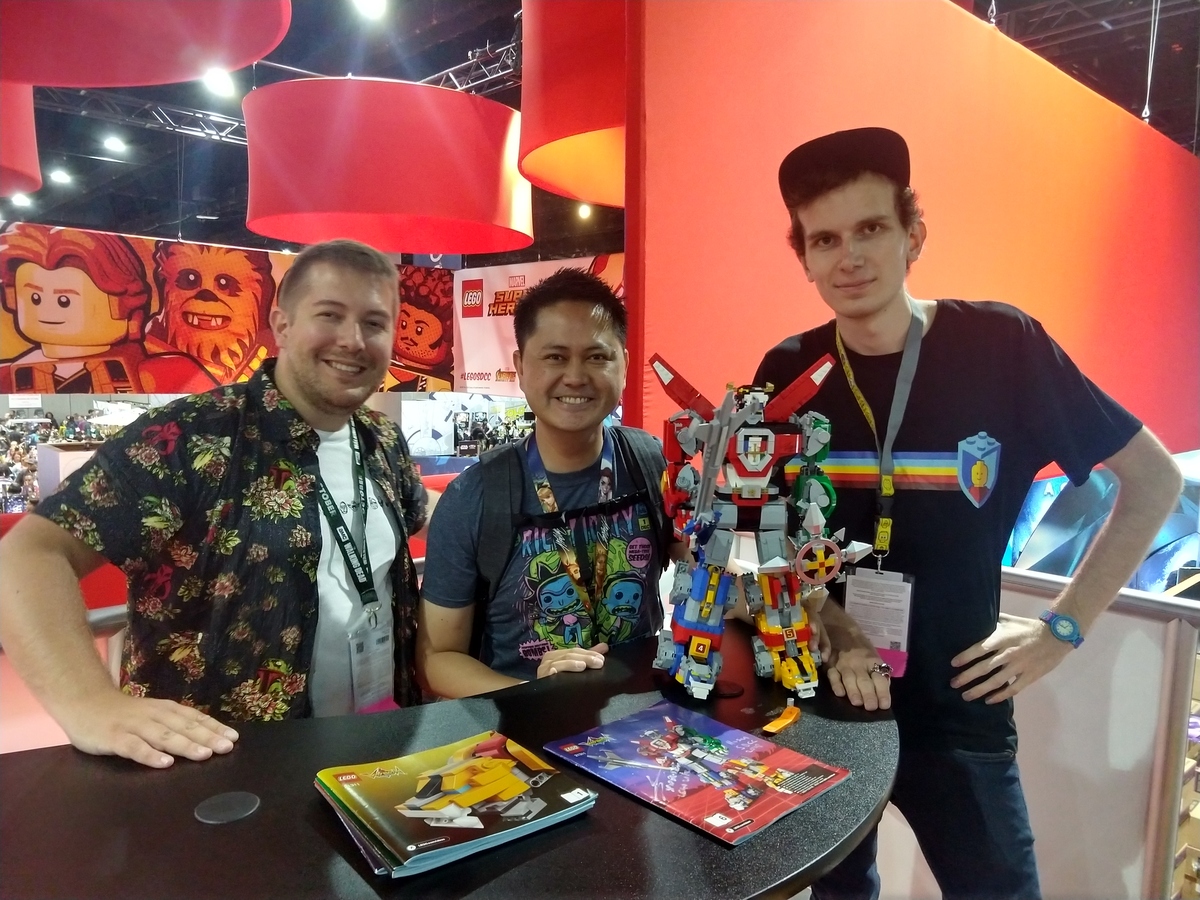 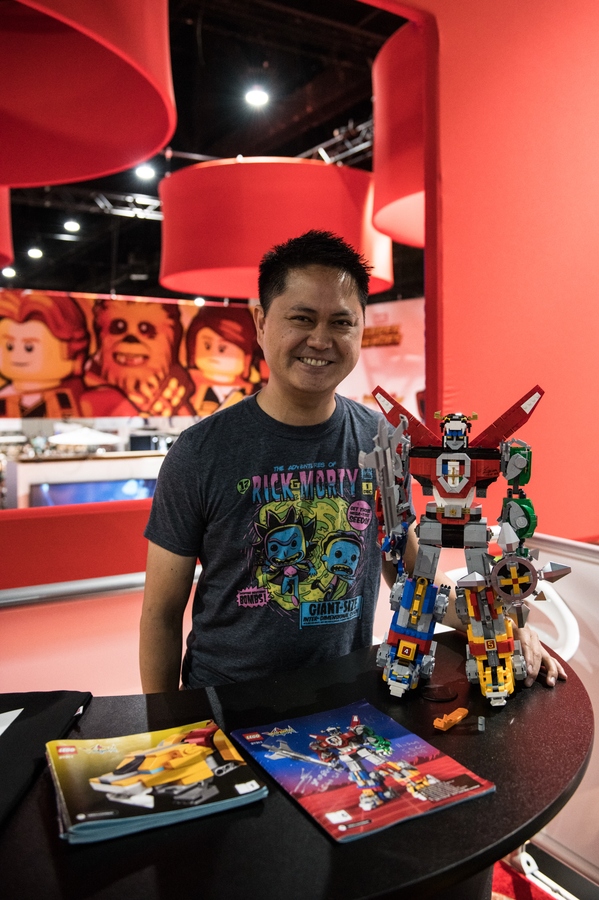 Francis with his new LEGO model 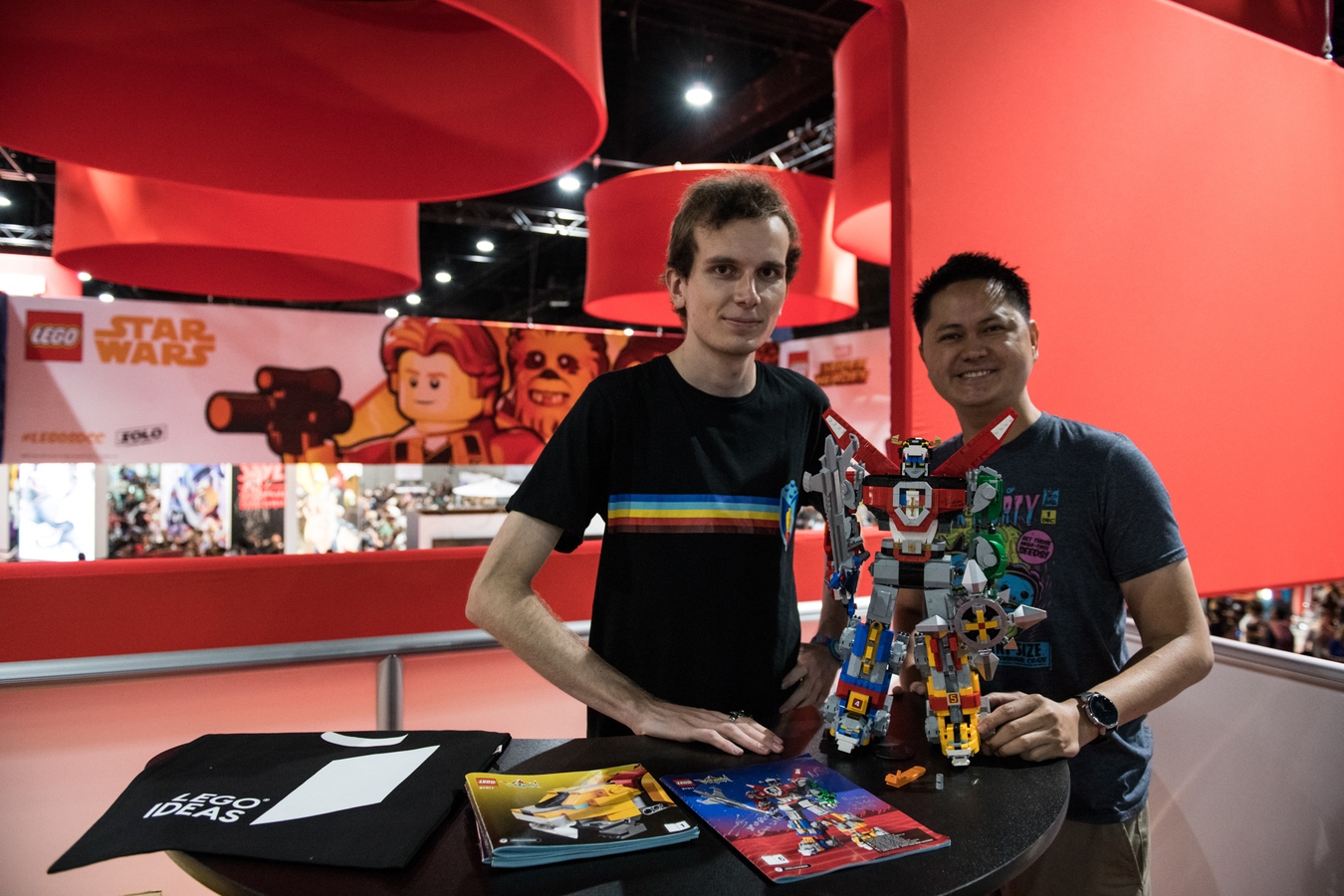 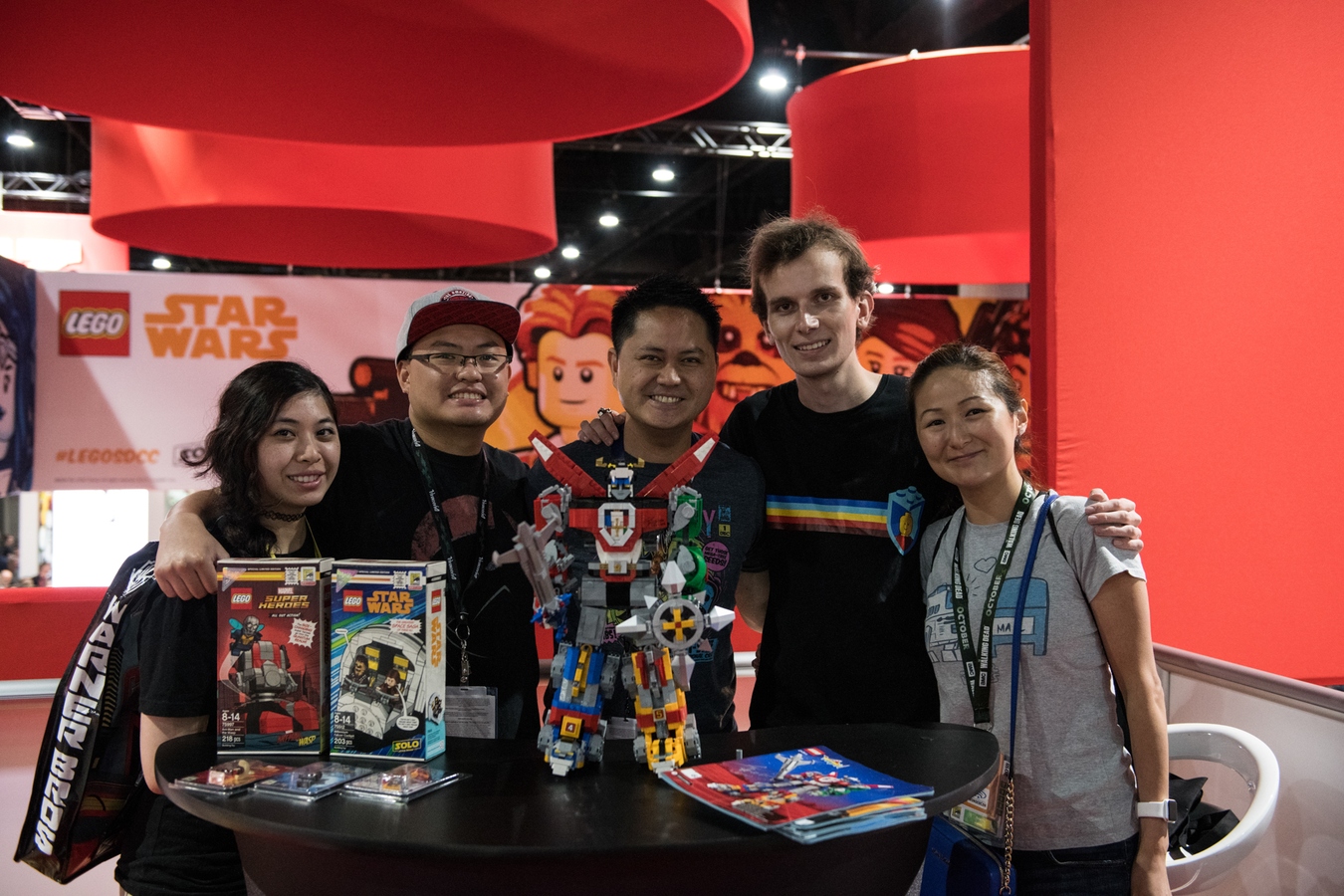 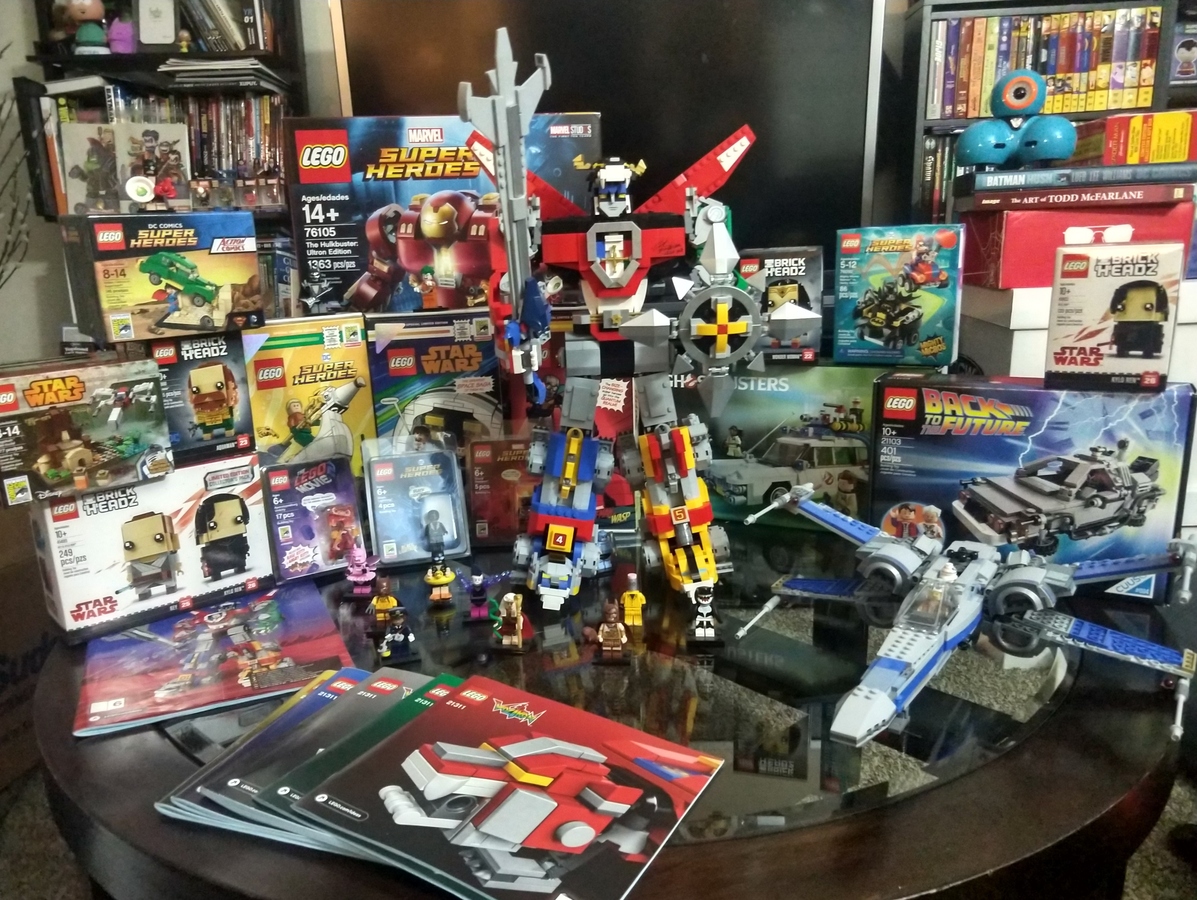 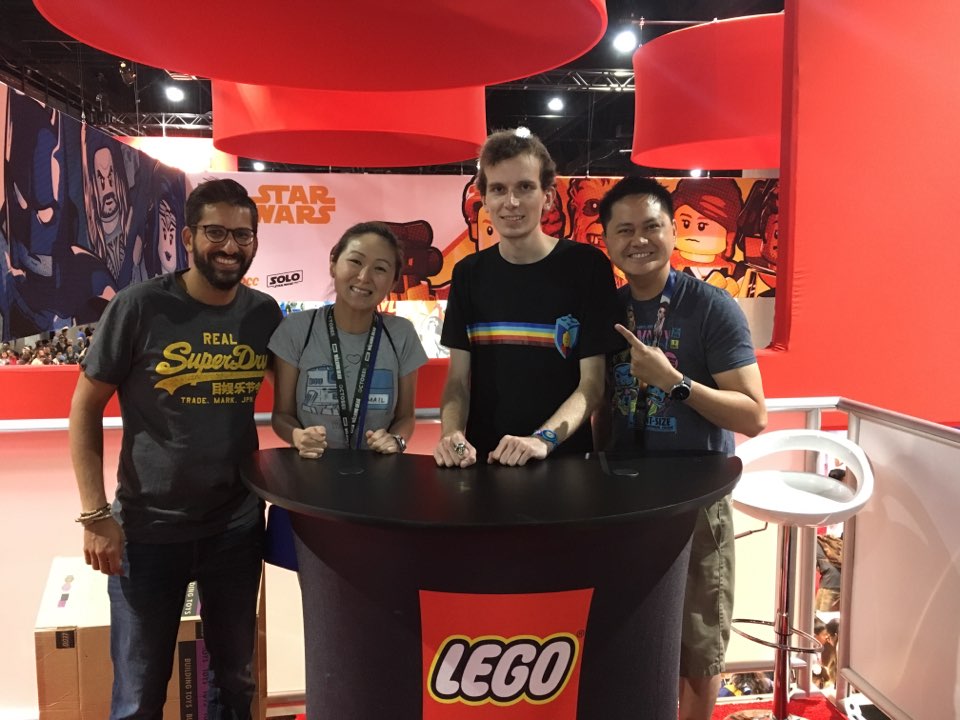 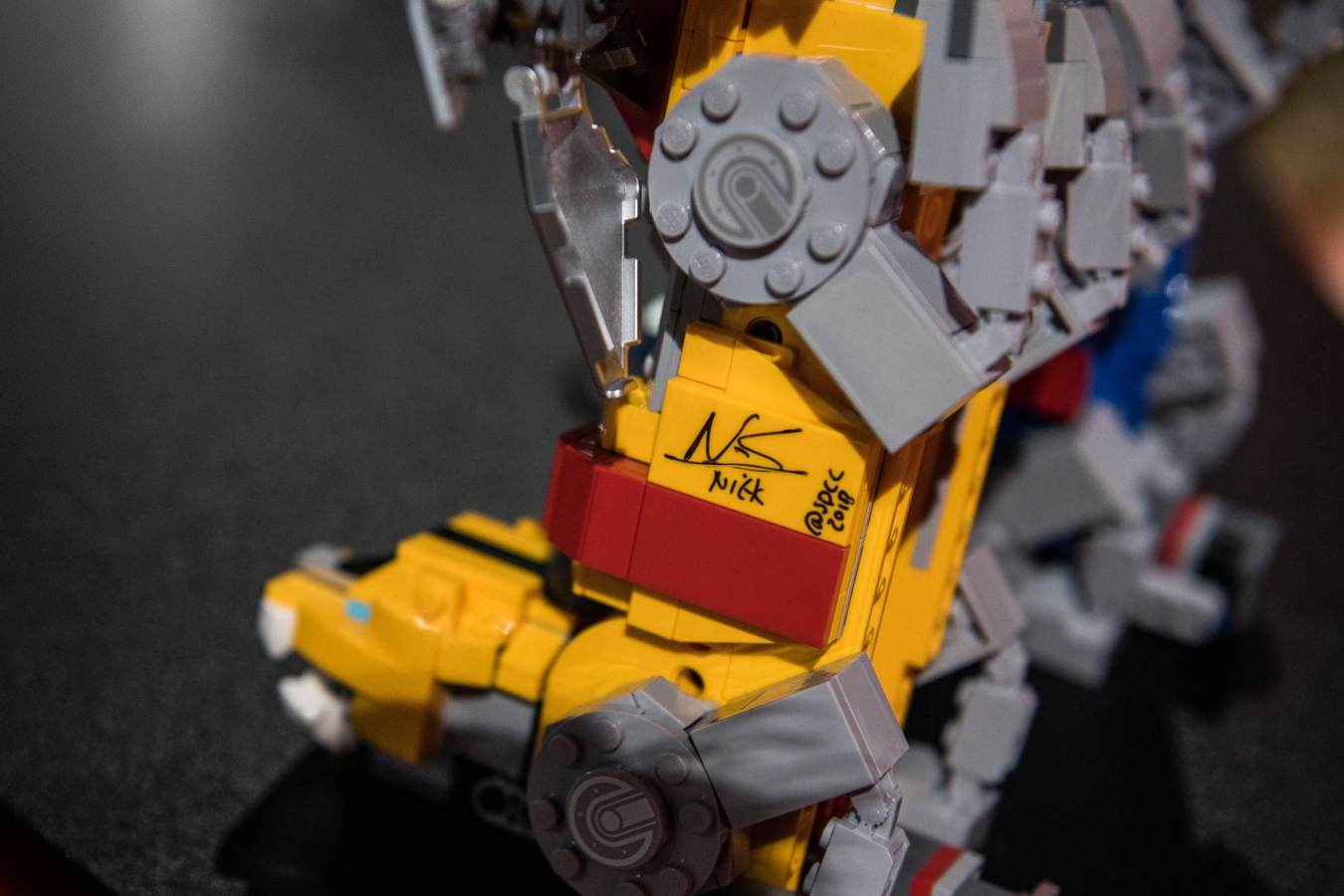