It's time to get medieval! We're delighted to reveal the LEGO® Ideas 21325 Medieval Blacksmith; a stunning half-timbered house belonging to the unsung hero of the middle-ages - the Blacksmith! The set was envisioned by the 22-year-old German LEGO Ideas member Clemens Fiedler aka. Namirob.

When thinking of medieval times, the focus is normally on the kings and queens, knights and ladies, their castles and the battles between good and evil, but this new medieval set has an unexpected twist showing the unsung hero of those epic battles and adventures - the humble Blacksmith.

True to the era, the LEGO® Ideas Medieval Blacksmith set includes bold period design features from the timber framed walls to the gothic lattice windows, providing much intrigue and interest to fans of medieval architecture.

The LEGO® Ideas Medieval Blacksmith set is positioned in enchanting grounds, featuring a well-stocked cottage-style garden complete with squash patch and a gnarly apple tree, while the brickwork is tinged with moss for added realism.

The inside is set over three separate floors which are fully furnished and equipped with everything a medieval blacksmith would need. Interior items include stocks of raw materials, coal to keep the furnace hot, and a bellows complete with lightbrick to make the coals glow. The roof and top two levels can be removed for easy viewing of the inside.

Further setting the scene, the LEGO Ideas® Medieval Blacksmith set is completed with the inclusion of four minifigures: a blacksmith, an archer and two Black Falcon Knights with four swords, three shields and a halberd. Several animals can be found in the grounds outside the house, including a horse to pull the knight’s supply cart, a pet dog and a small tree frog.

Submitted back in 2017, Clemens commented about his creation “I love building classical house designs and honouring all the great attention to detail you can recreate with LEGO elements – especially medieval architecture styles, colours and design. I hope fellow LEGO fans will enjoy travelling back in time; sense the heat, sounds and smells from the forge and anvil and soak up the atmosphere of this classical creative craft as they build the set.” You can learn more about Clemens Fiedler in his 10K Club Interview. 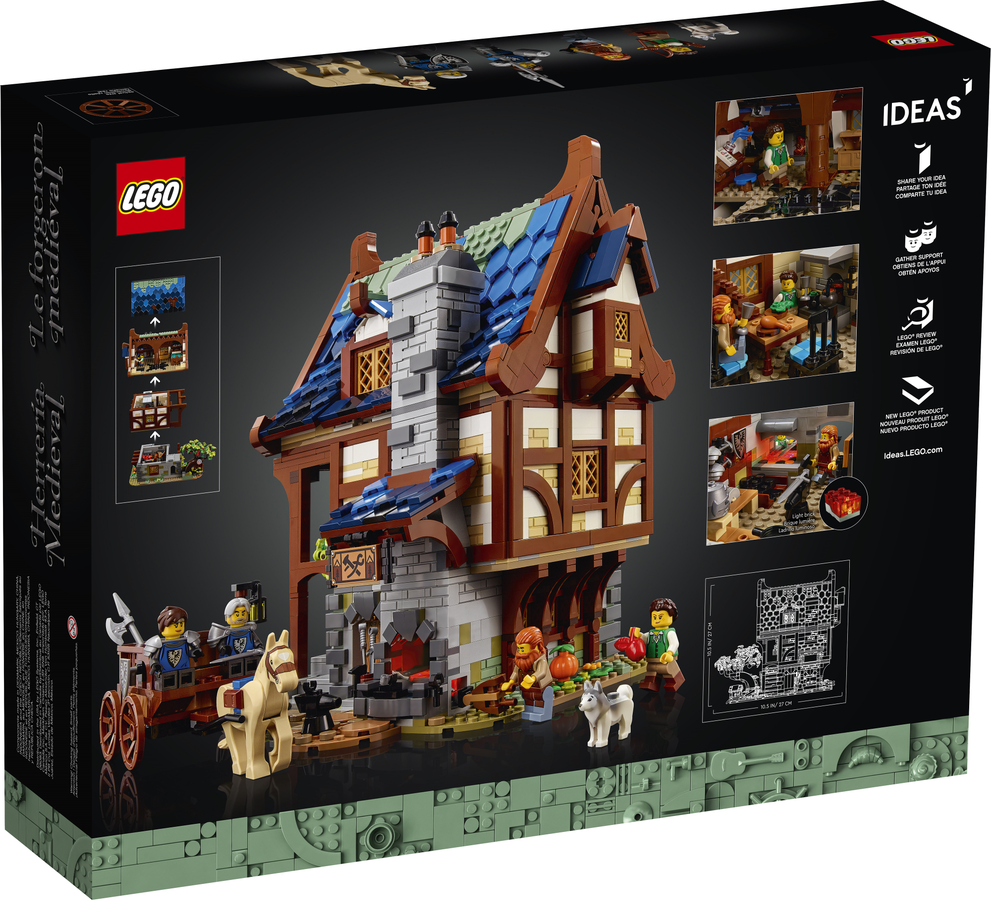 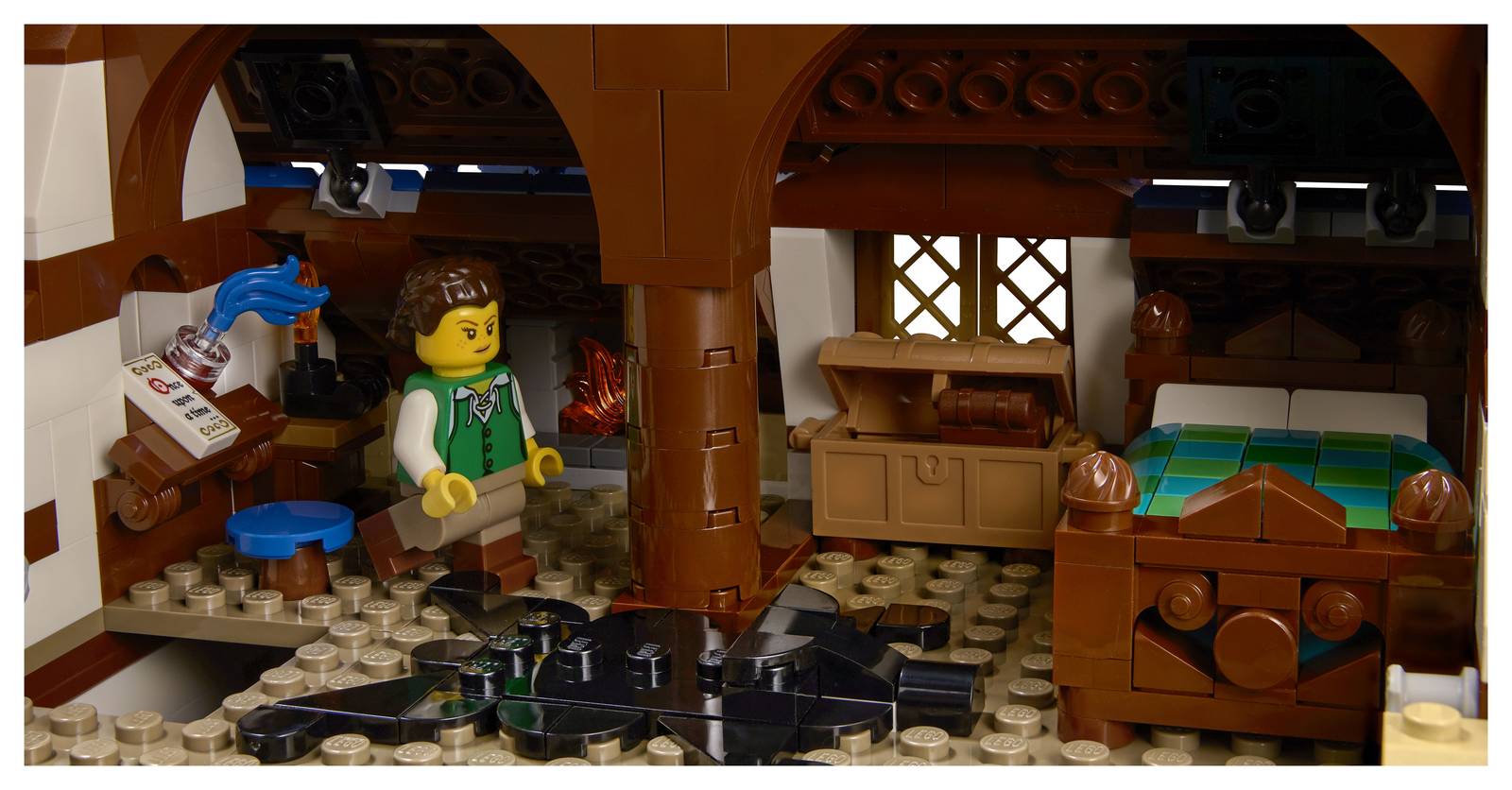