Let's meet Juditha Ohlmacher aka JandJLEGO, the designer who's work of art Bangladesh National Parliament (Jatiyo Sangshad Bhaban) is part of our latest review. She is our 10K Club member in focus today!

Please make sure to help us congratulate Juditha in the comments down below! 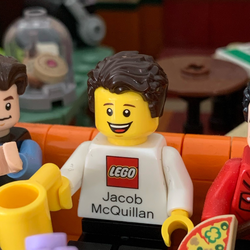