Turn your amp up to 11 and get ready to rock! Please throw your hands in the air for the LEGO® Ideas 21329 Fender® Stratocaster™.

The concept was originally designed and submitted by LEGO Ideas member, Tomáš Letenay (aka TOMOELL) from Slovakia and submitted to LEGO Ideas in 2020 as part of our Music to our Ears contest.

The iconic Fender® Stratocaster® guitar, famously played by music legends and emerging artists alike and the industry standard guitar sound for music across genres, has now been meticulously reimagined in LEGO bricks.

Whether you are an old school rock and roll fan, an indie rock, R&B or heavy metal lover or just passionate about music, the LEGO model of the 1970s Fender Stratocaster is sure to be a crowd pleaser and includes the option to either build a red or black version of the iconic guitar.

The guitar, built from 1074 LEGO bricks, features six strings, poseable tuning pegs and a tremolo arm for all the distortion you can handle. Plus, there is also a folding display stand, and an accompanying foot pedal and amp. The amplifier’s back and top covers can also be removed to show its inner speaker cone, wiring and intricate details such as the tubes, speaker and motherboard.

Speaking about the design, Tomáš commented, “I used to play electric guitar when I was a teenager and I always dreamed of owning a Fender Stratocaster - but I could never afford it. The competition on LEGO Ideas gave me the chance to create it in LEGO bricks. The Stratocaster was my gateway into music and I love seeing my LEGO design with the stand. I am hoping that other guitar fans get as much joy out of building it as I have.” 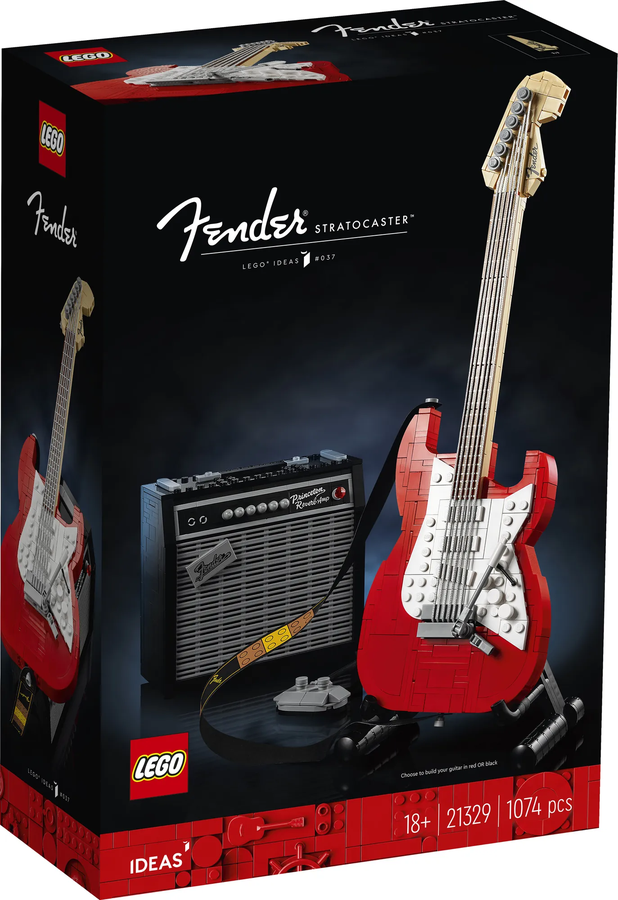 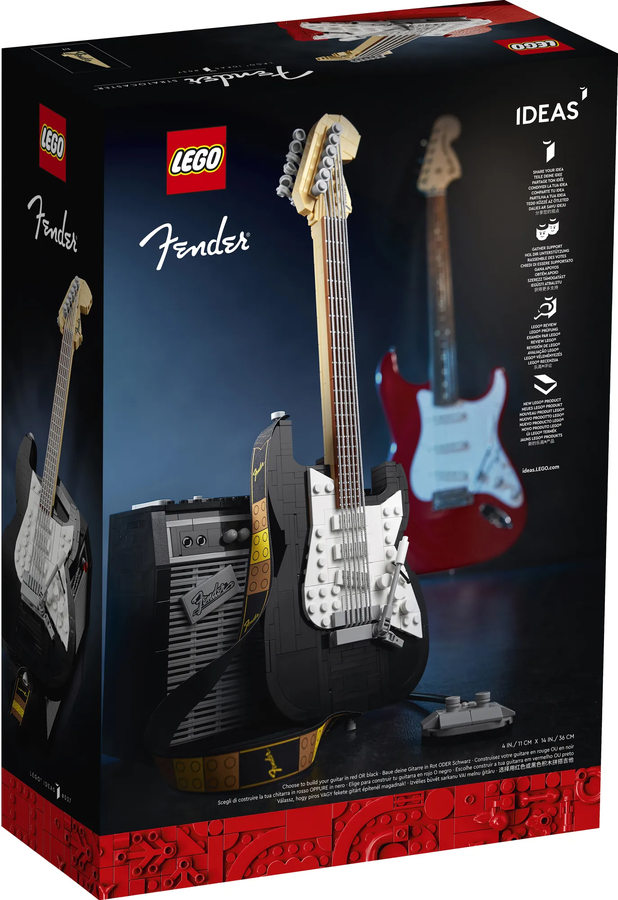 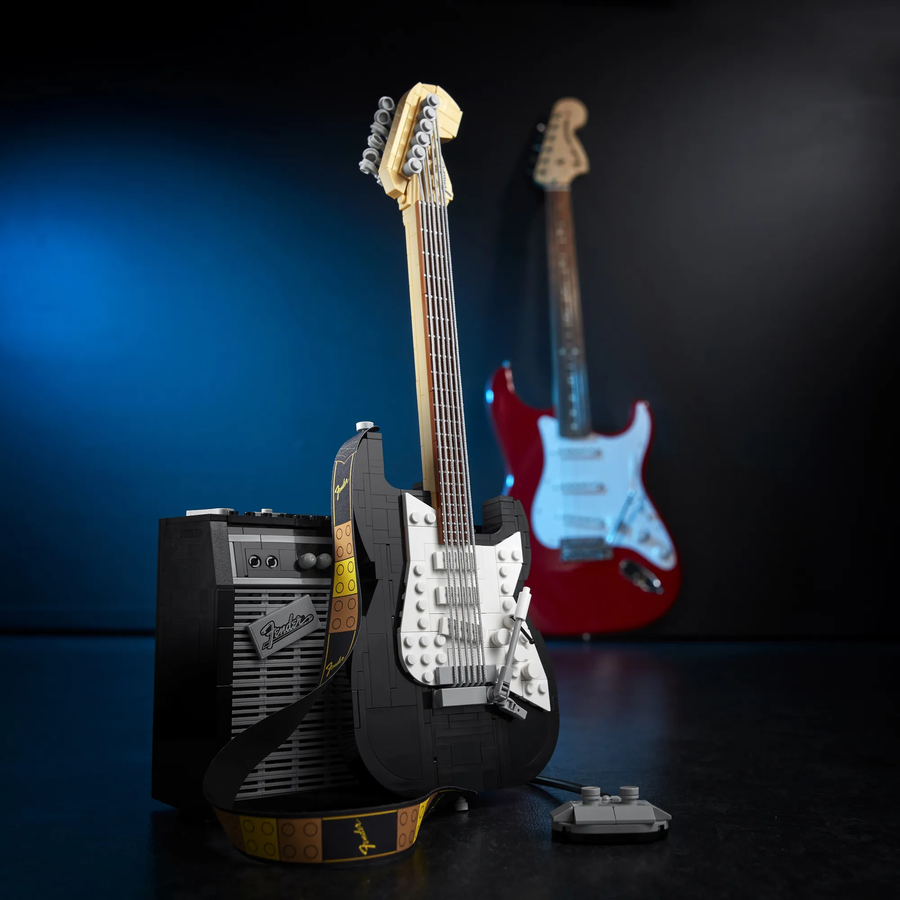 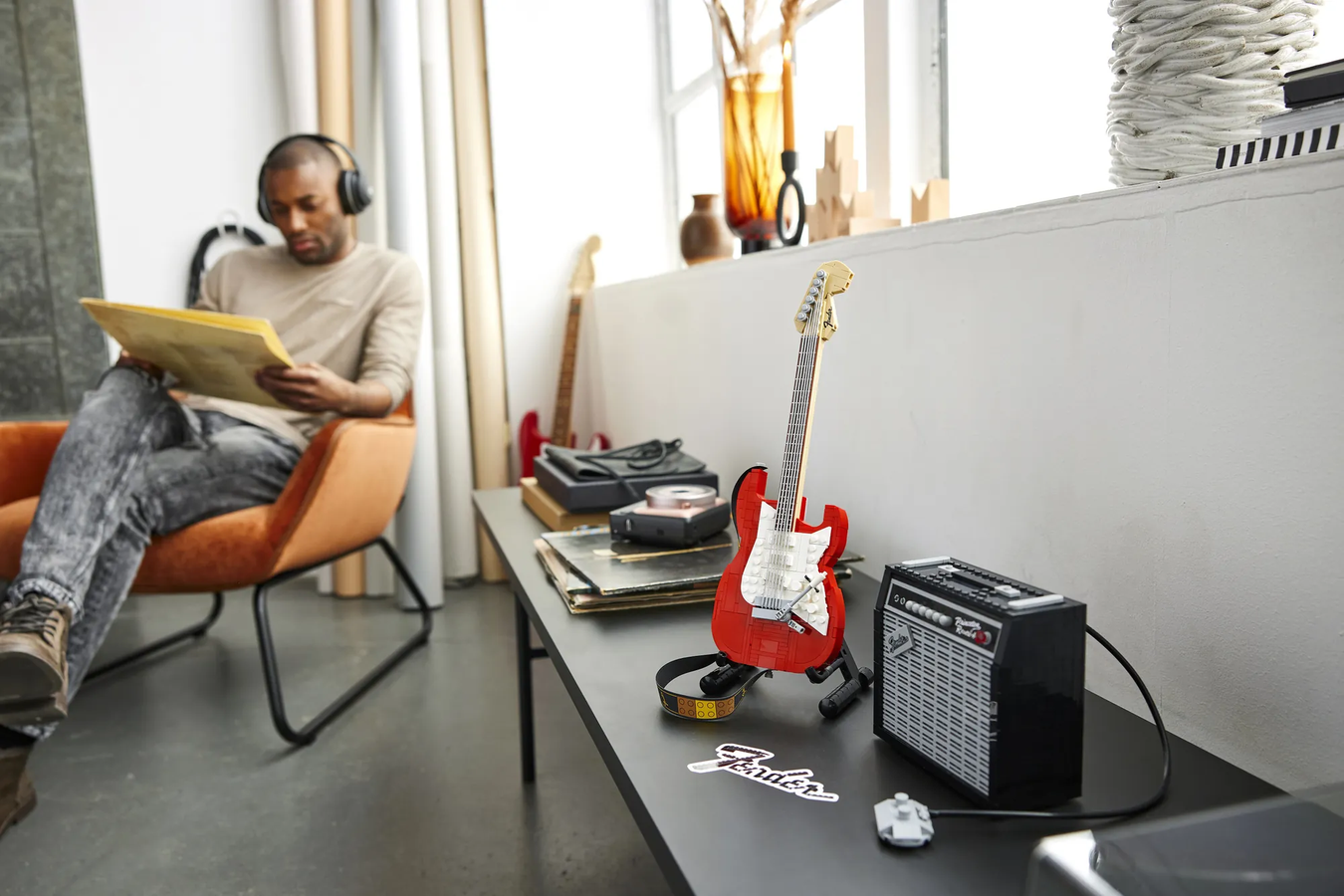 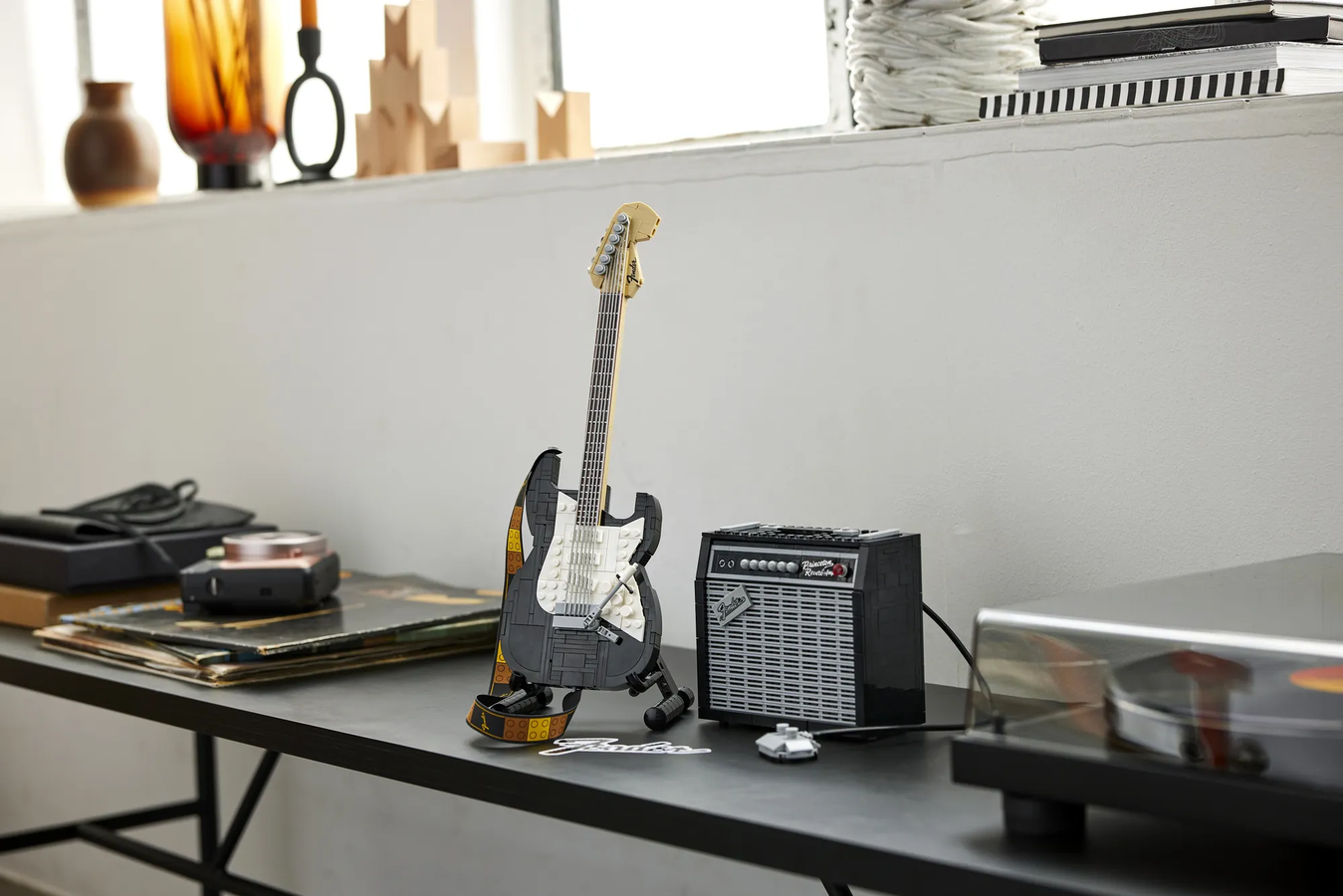 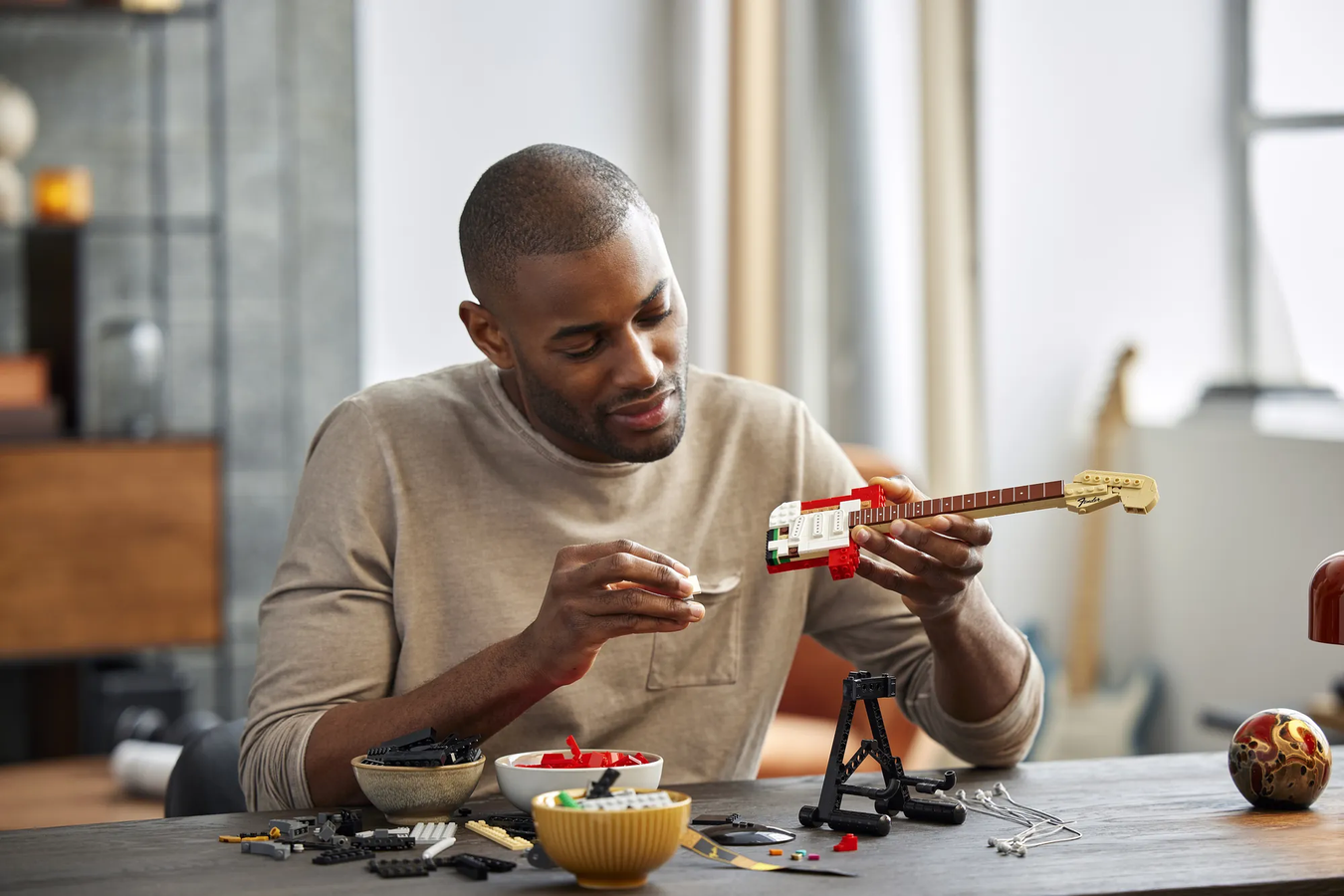 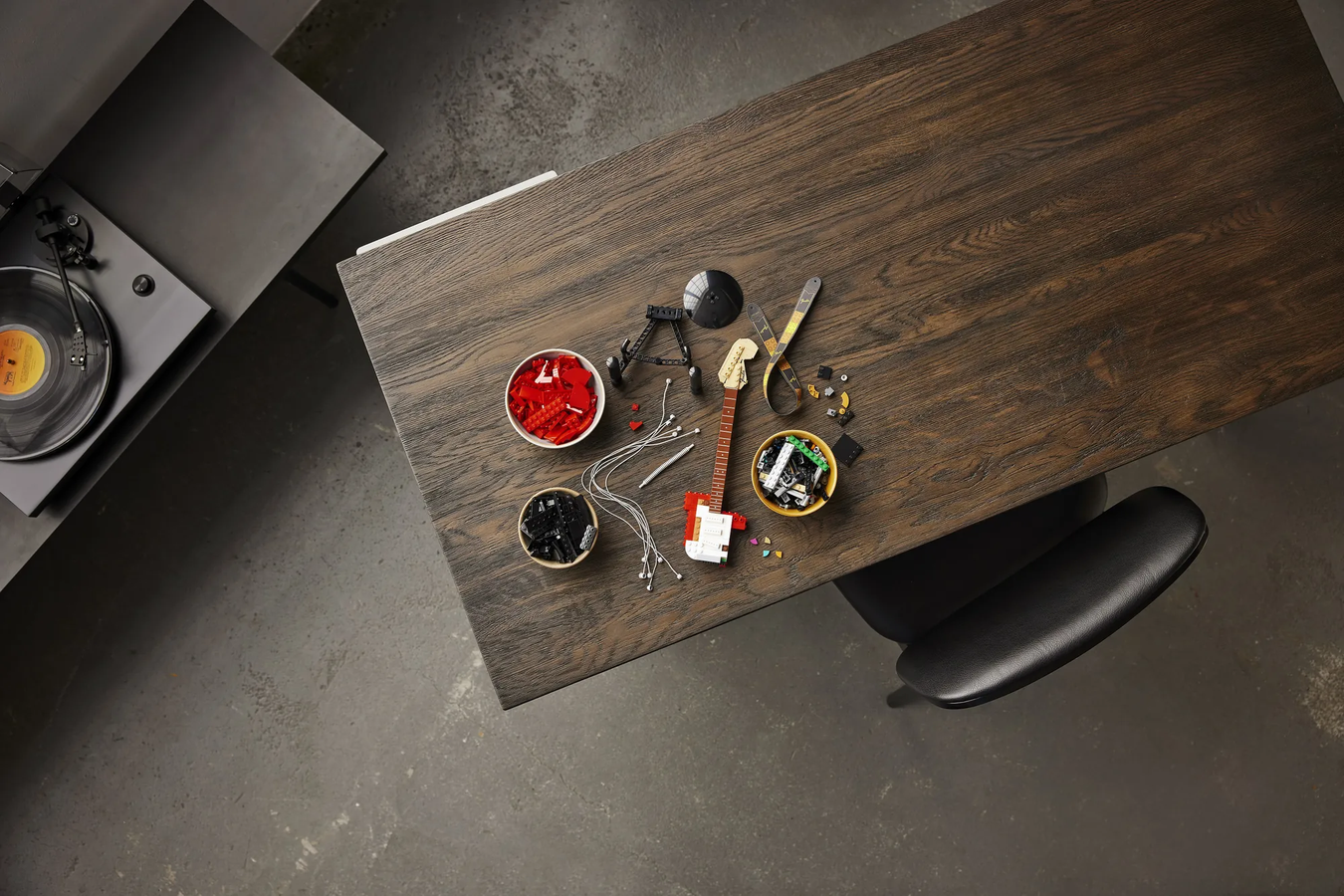 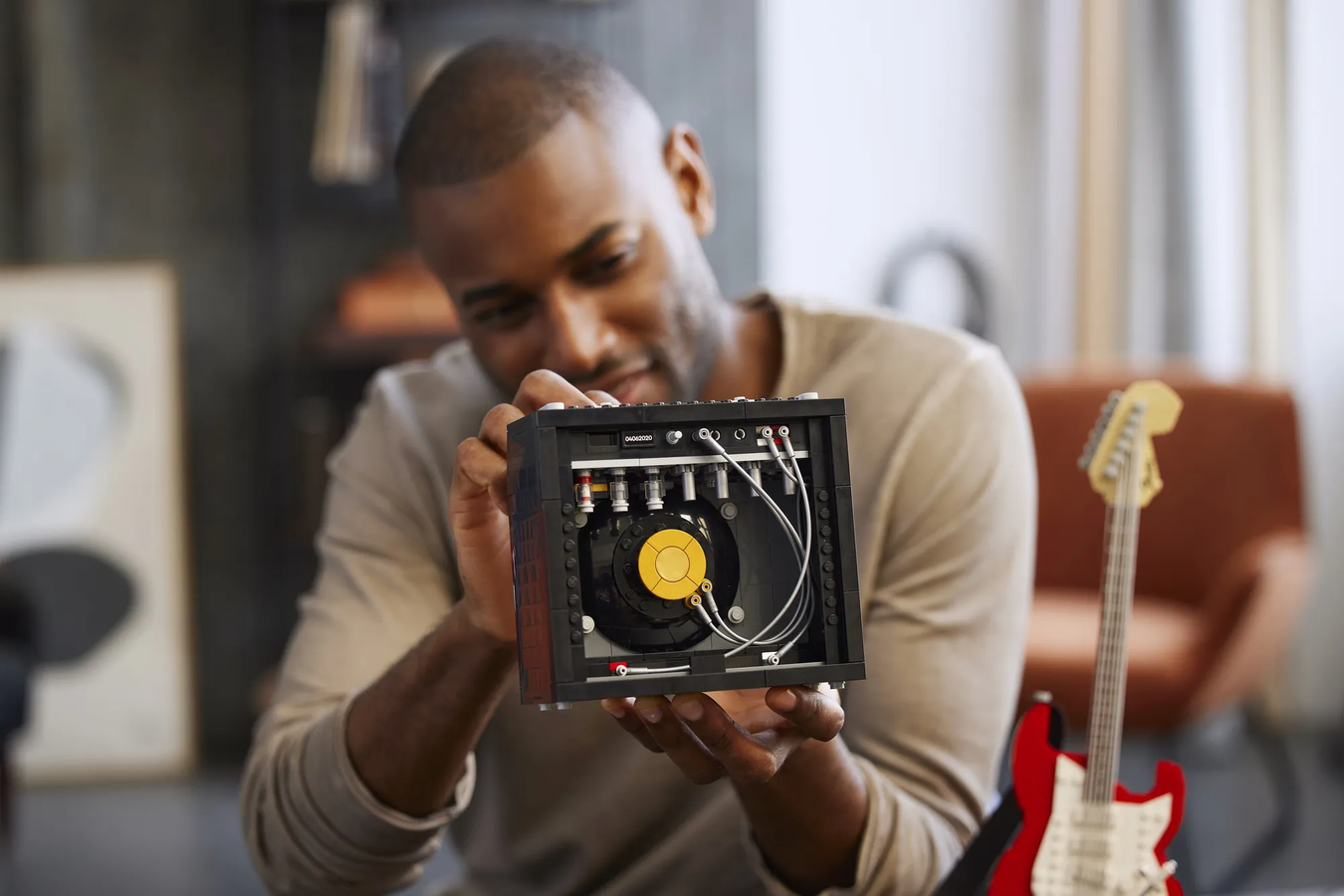 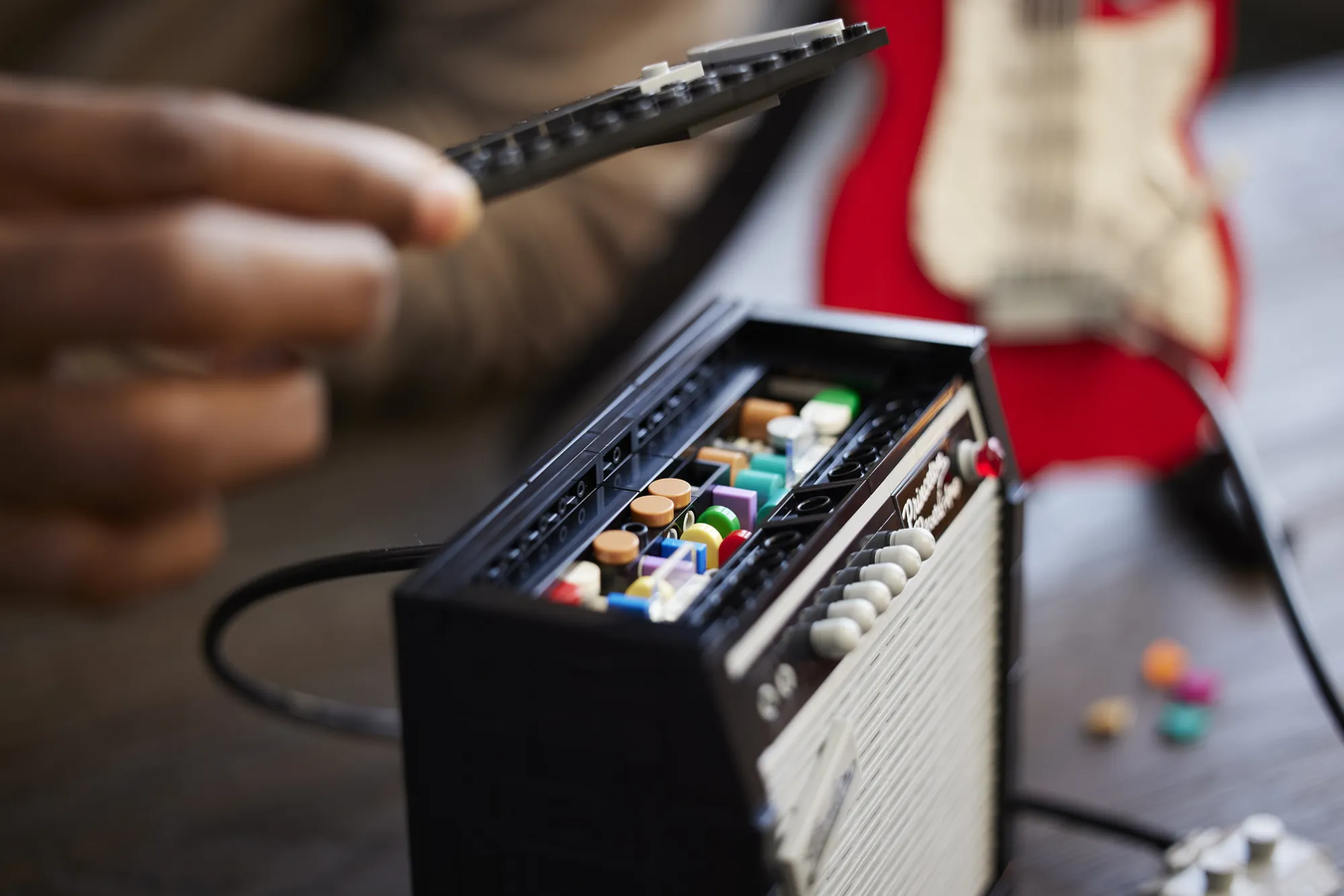 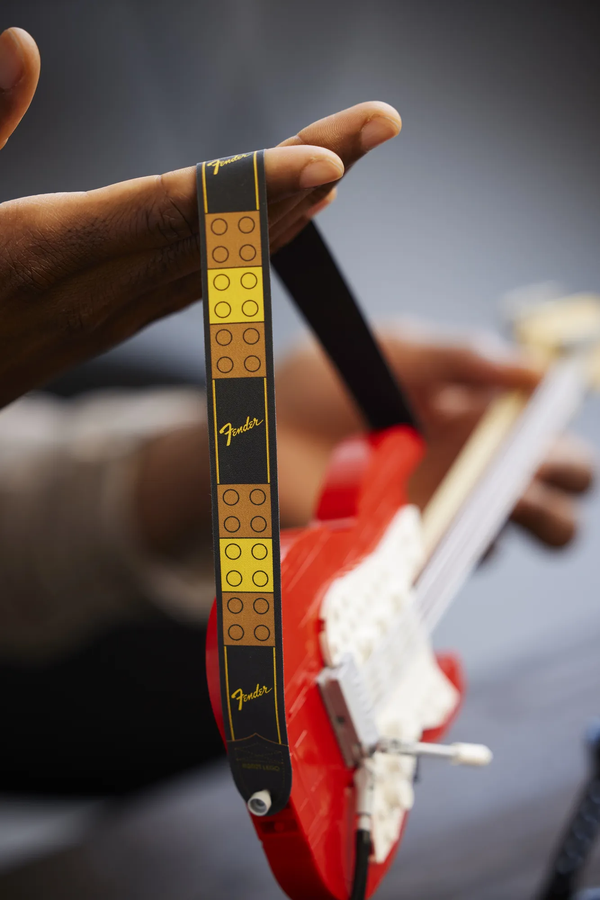