On Saturday, October 27, the LEGO Store at Washington Square hosted fan designers Grant Davis and Jason Allemann to sign copies of their Pop Up Book set. I also had the privilege to attend, host them, and capture the excitement.

We arrived at the store an over an hour before the event was to begin. There was already a line of about 15 people, including Ship in a Bottle fan designer Jake Sadovich, who drove 6 hours from his home in Idaho to be there. Then we went inside to get prepared. Grant and Jason signed a handful of boxes for the LEGO store staff and the IDEAS team, and we took photos and video that we’ll release through LEGO FanTube. 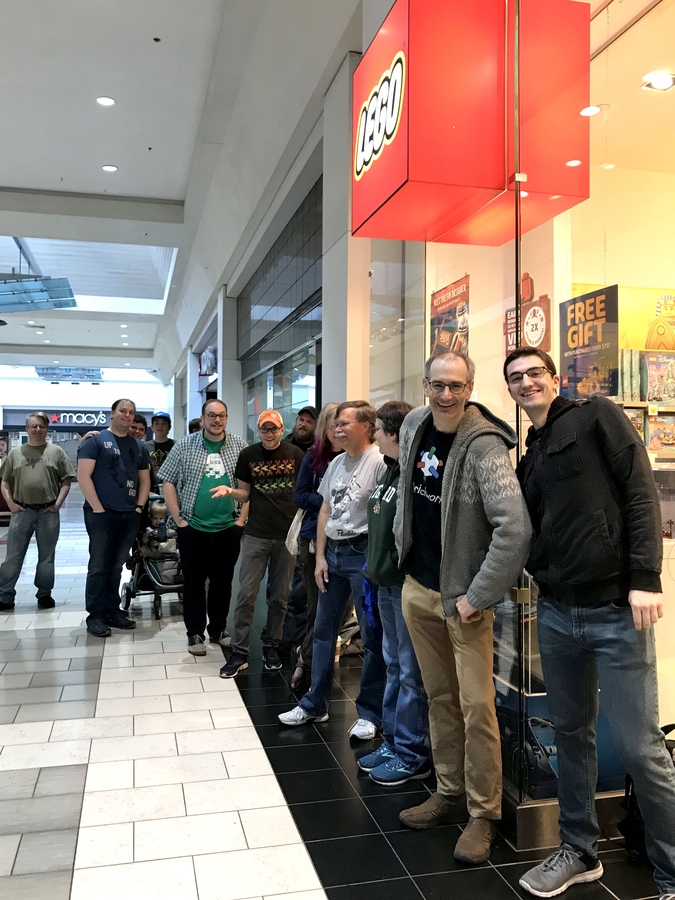 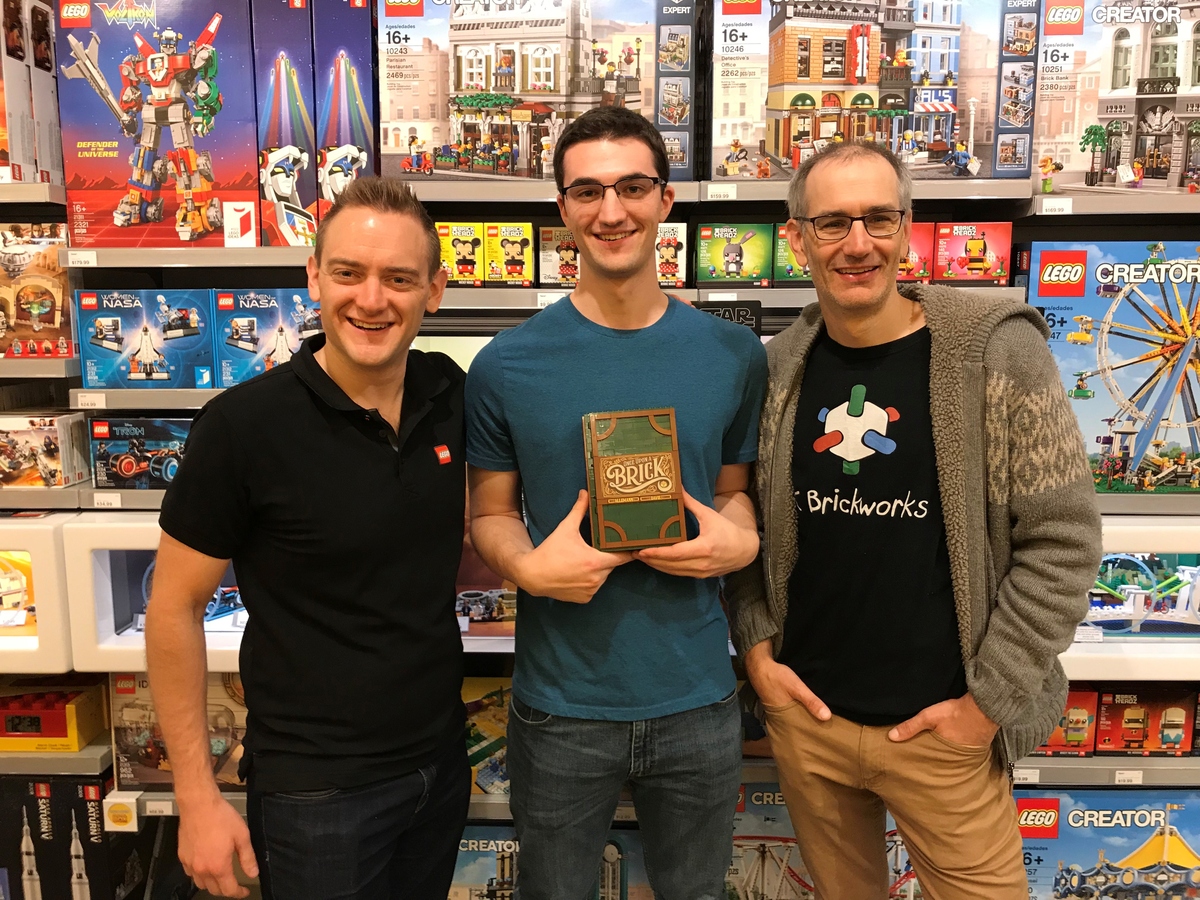 The doors opened at 10, and fans lined up to pre-purchase their Pop Up books and get in line for the signing. Just before 11, we went to the tables set up in an atrium in the mall. To our surprise, about 100 enthusiastic LEGO fans were waiting. It took about an hour to get through that initial line (Pro tip: standing in line with other LEGO fans is a blast, but if you’re pressed for time, come by an hour after the start time and you can usually walk right up). 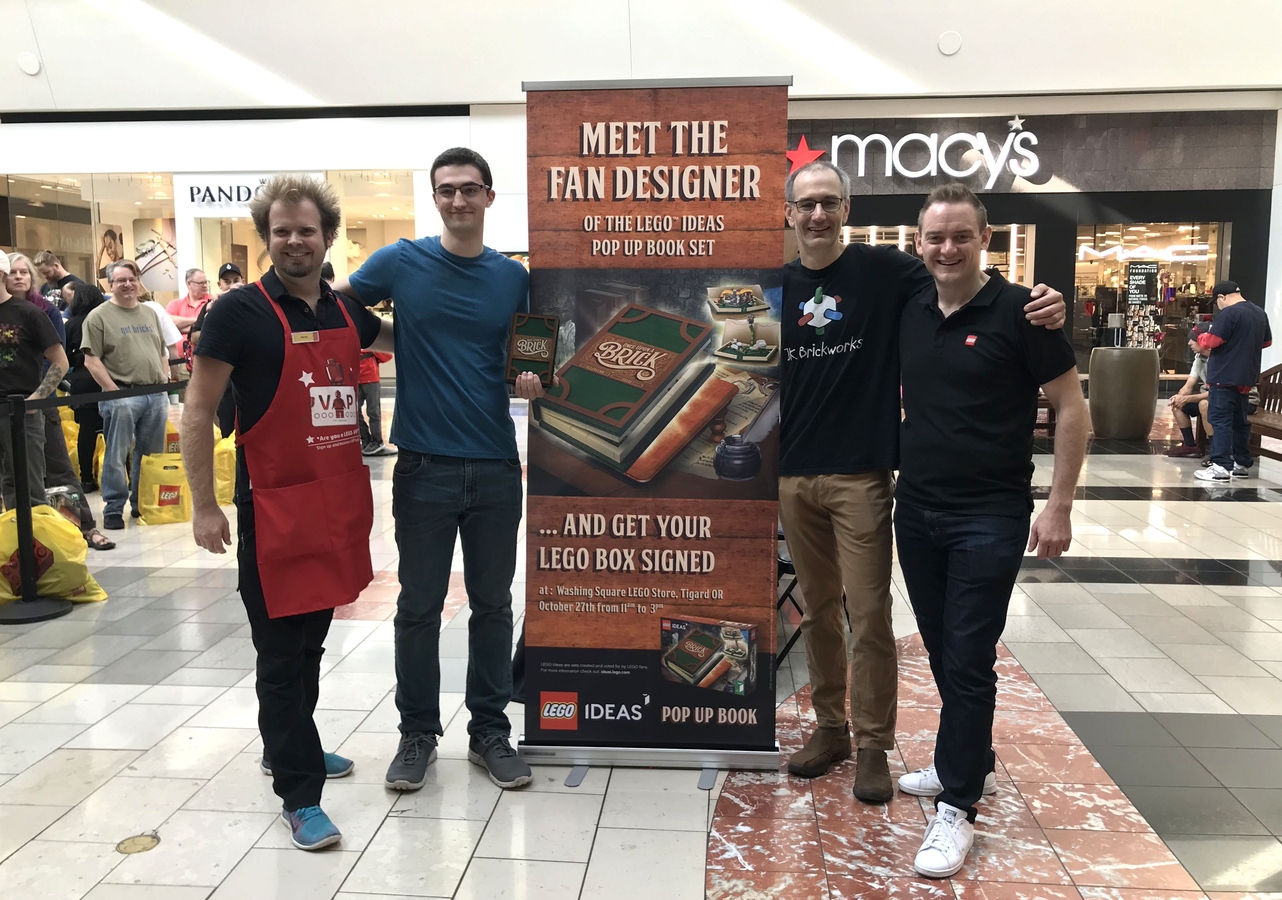 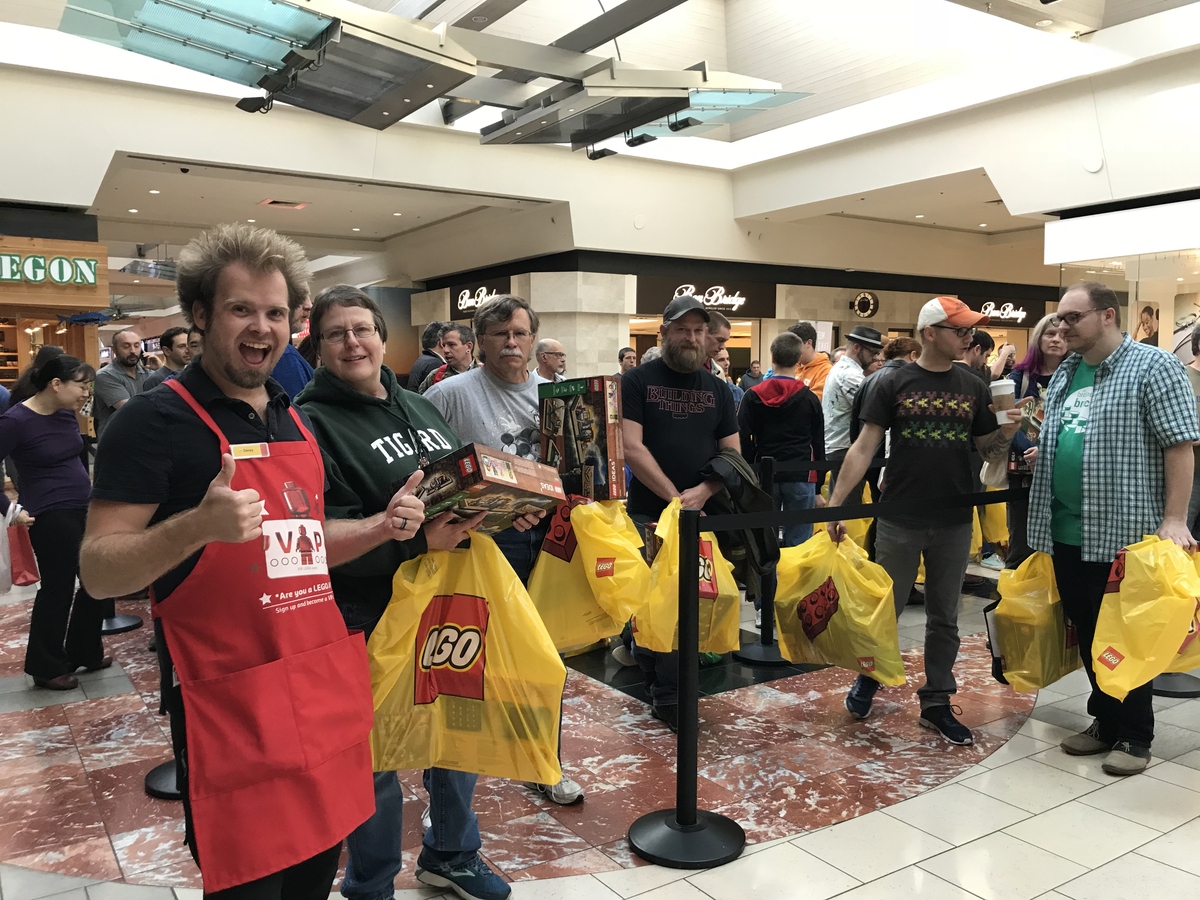 Grant and Jason enthusiastically signed boxes, instructions, and plates from the set while posing for pictures and chatting with guests about their experience collaborating on the project. They both brought the original models used in the IDEAS submission, and several alternate stories to show. Regrettably, I forgot to get close-ups of those. If you’re really curious, check Grant and Jason’s Flickr pages or wait for event coverage from Brothers Brick and Beyond the Brick. 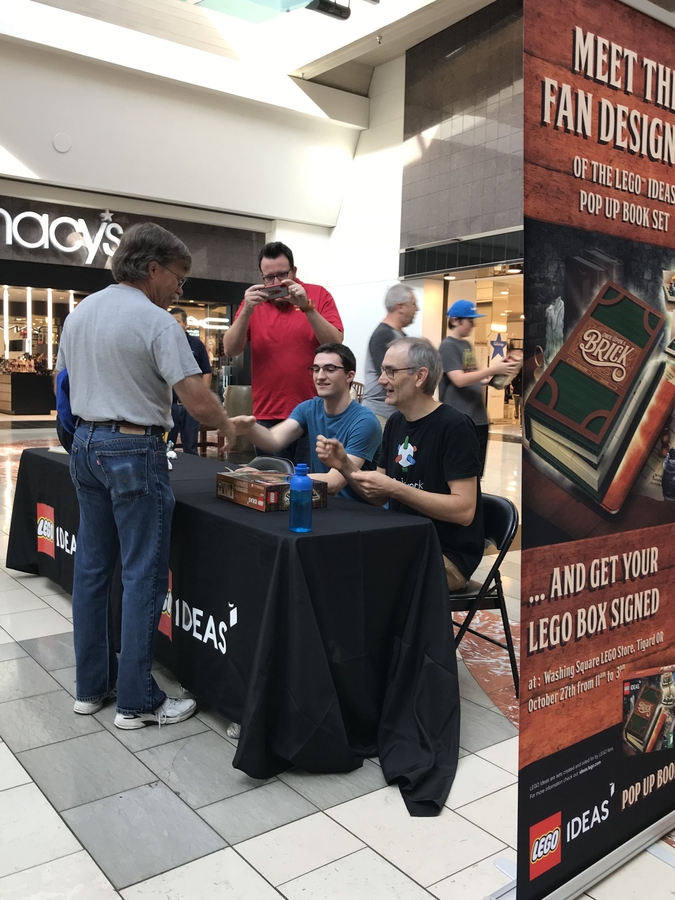 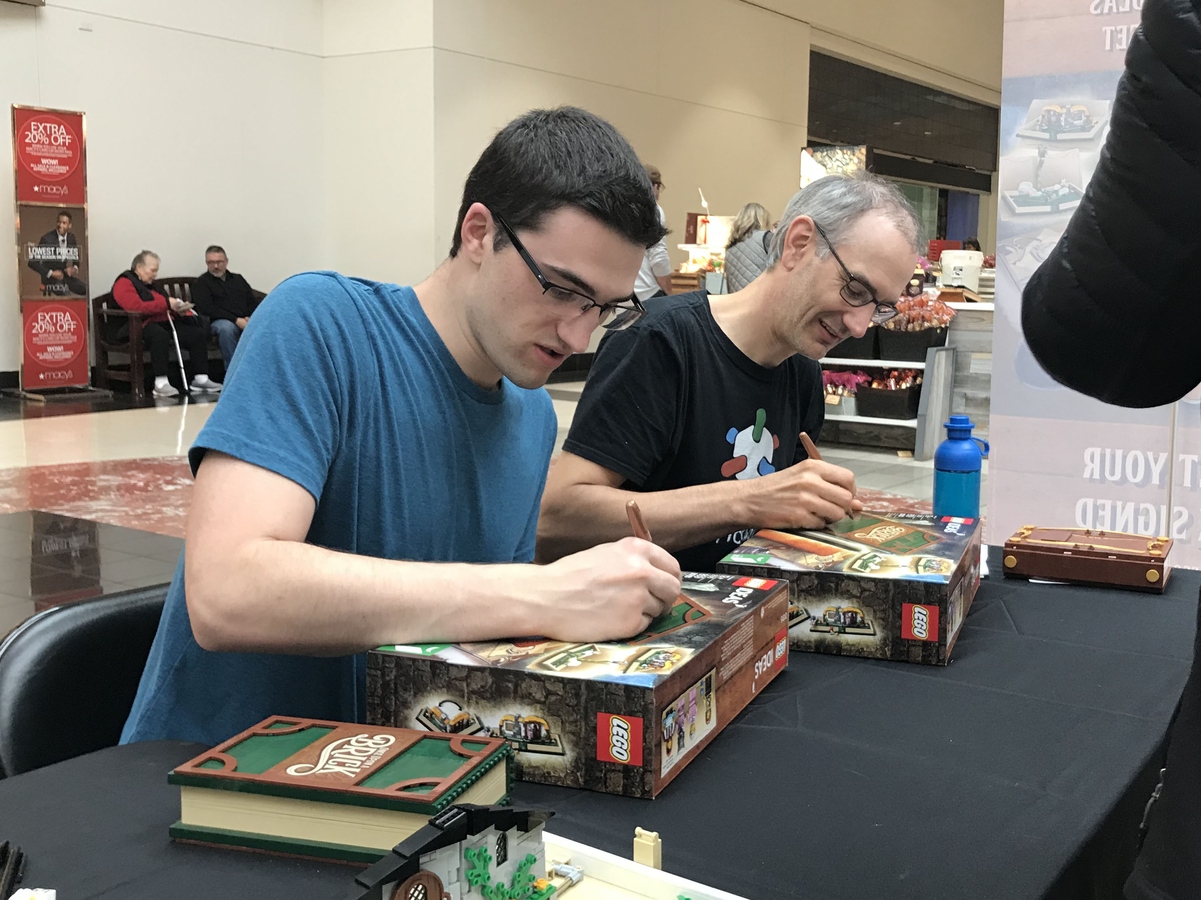 Grant’s proud parents and siblings were also among the mix, as were his aunt and uncle, and at one point a group of his college classmates came by. There were also a few other familiar faces including IDEAS member Holly Webster, Dave Schefick from Brothers Brick, and Boone Langston from Beyond the Brick, along with about a dozen members of PortLUG. A personal highlight was seeing old friends Allen Smith (BrickSmith), Kelly McKiernan (BZPower and former LEGO), and train builder and long-time community member Steve Barile. Finally, it was great to meet Jake Sadovich from Ship in a Bottle in person. He came prepared with his own marker and signed a few fans’ Ship in a Bottle sets. Well played, sir. 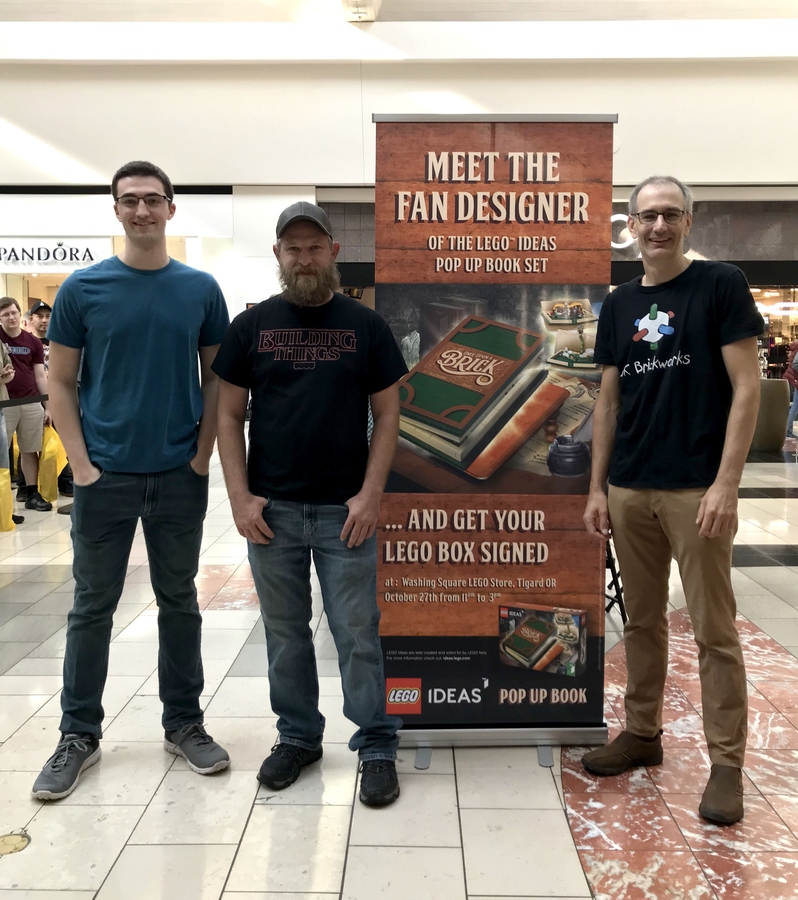 All said and done, it was a great event thanks to Grant, Jason and everyone who came out. Special thanks goes to the amazing crew at the Washington Square LEGO Store including Michael, Davey, and Lauryn who organized logistics and staffed up to handle the extra store guests with a smile. Thanks, y'all!

Looking to get your own? The LEGO IDEAS Pop Up Book will be available from shop.LEGO.com and LEGO stores around the world from November 1st for a recommended retail price of USD/EURO* 69.99 / GBP 59.99. 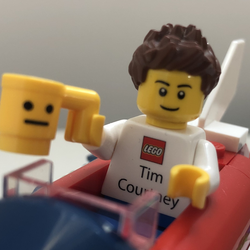