For any LEGO fans who may feel their building is always stuck in second gear … there is something new coming that’s perfect for you – as famous TV show Friends arrives for fans with the new LEGO Ideas 21319 Central Perk set. There's no better way to celebrate the 25th anniversary of the Friends TV show!

Originally submitted by Aymeric Fievet (a.k.a. Mric76 in October 2016), this set has been turned into the official set you see now by LEGO Designer Milan Madge with the graphics designed by Crystal Marie Fontan.

This set, consisting of 1,079 LEGO elements and 7 iconic minifigures, will be available to purchase on the 1st of September from shop.LEGO.com and LEGO stores around the world, for a recommended retail price of $59.99 / £64.99 / €69.99 (*EURO pricing varies by country. For regional prices please visit shop.LEGO.com).

Celebrate the 25th anniversary of Friends, the legendary American TV sitcom, with this highly collectible LEGO® Ideas 21319 CENTRAL PERK set! This wonderful LEGO recreation of the café TV studio set is packed with authentic details, making it a must-have Friends memorabilia item for fans. The iconic seating area with a couch, armchair and 2 chairs for the friends is removable for easy play. And check out the stage where Phoebe performed her songs on guitar (and where Ross once played his keyboard and everyone except Phoebe thought he was terrible). The 7 new-for-September-2019 LEGO toy minifigures of Ross, Rachel, Chandler, Monica, Joey, Phoebe and CENTRAL PERK’s long-suffering manager Gunther each come with accessories to role-play famously hilarious scenes. An ideal Friends-themed gift for your own friends and family who love the TV show, this hot toy is great for play and will grab attention when displayed in any room.

The minifigures each have their own items inspired by the TV series, including Ross’s brick-built keyboard and the following accessory elements: Rachel’s tray and coffee cup, Monica’s muffin, Joey’s pizza box, pizza slice and ‘man bag’, Chandler’s laptop, Phoebe’s guitar and Gunther’s broom. 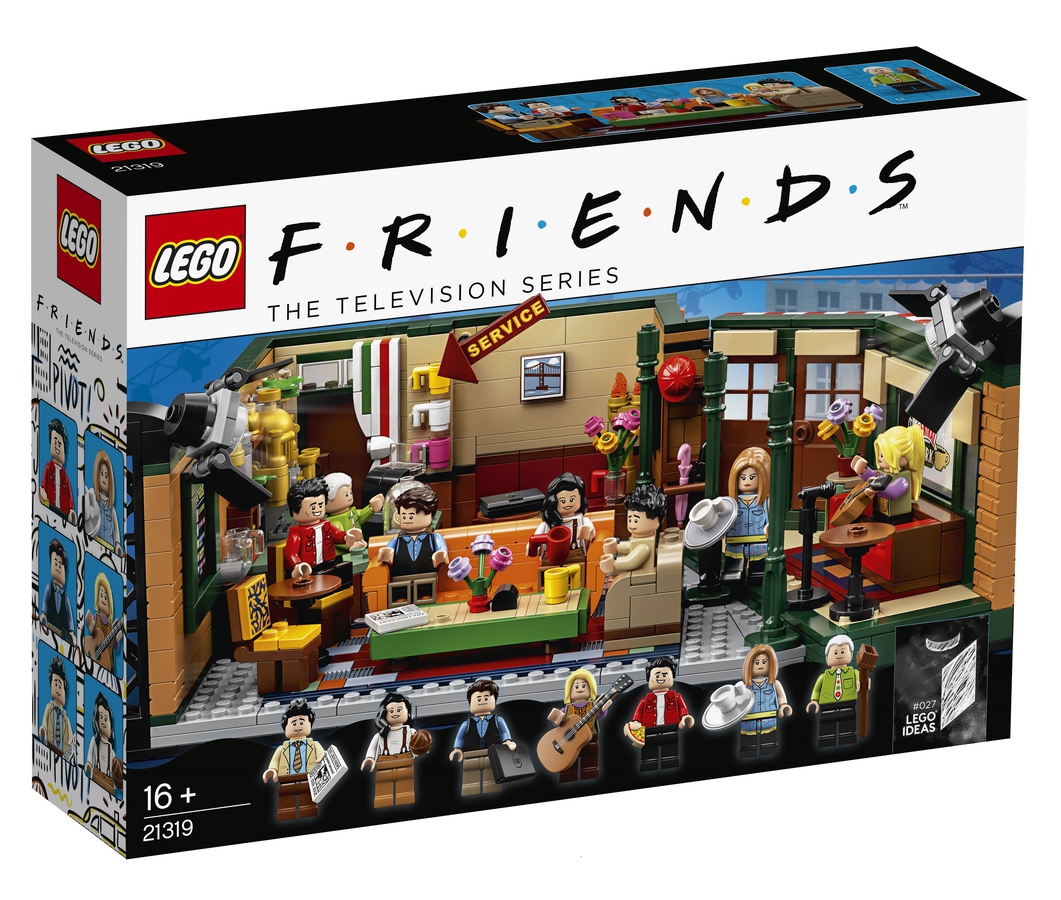 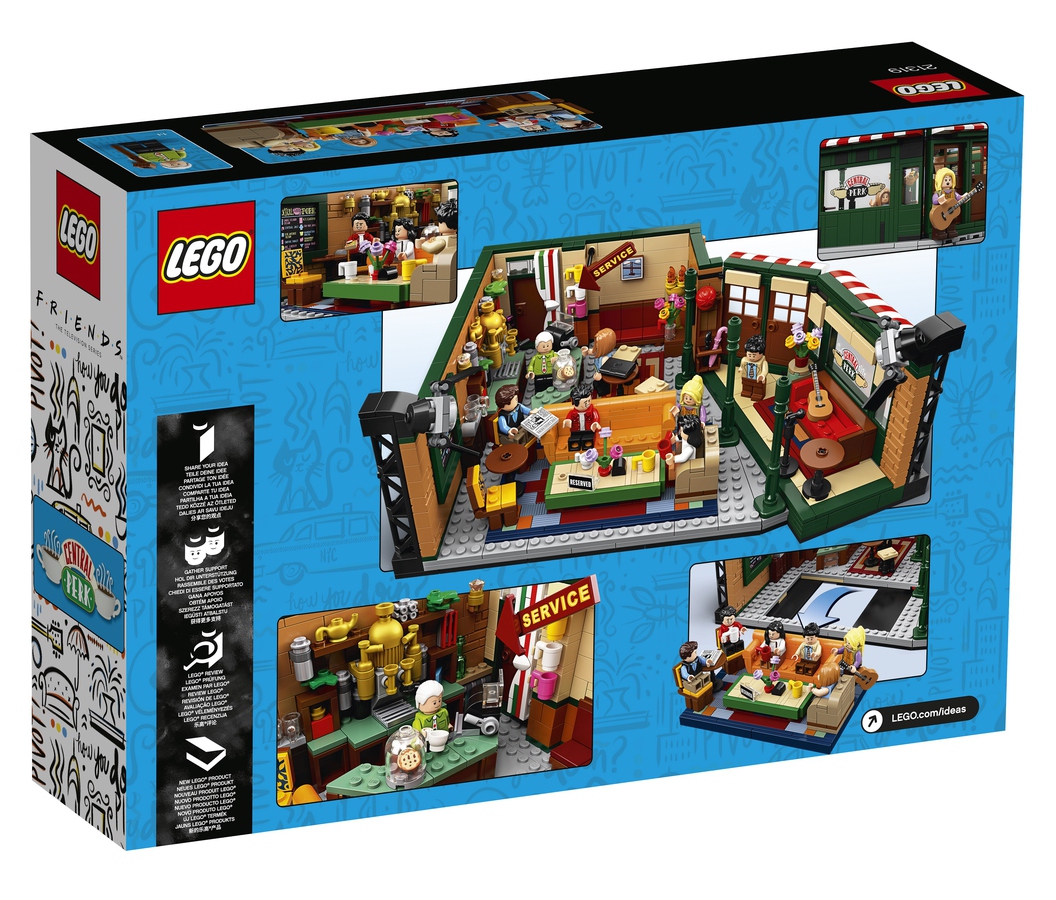 LEGO Ideas Team
HasanJensen
121
LEGO, the LEGO logo and the Minifigure are trademarks of the LEGO Group. ©2008-2020 The LEGO Group. All Rights Reserved.