Updates to the LEGO® Ideas Guidelines and House Rules

Today we’ve updated our Guidelines and House Rules to both clarify certain topics and set new limits based on our experience. For starters, we’ve added a new graphic to illustrate the LEGO® Review timeline. There’s now a more detailed view of the rolling qualification deadlines, the Review period itself, and our targeted announcement timeframe. The LEGO Review schedule and deadlines themselves have not changed. 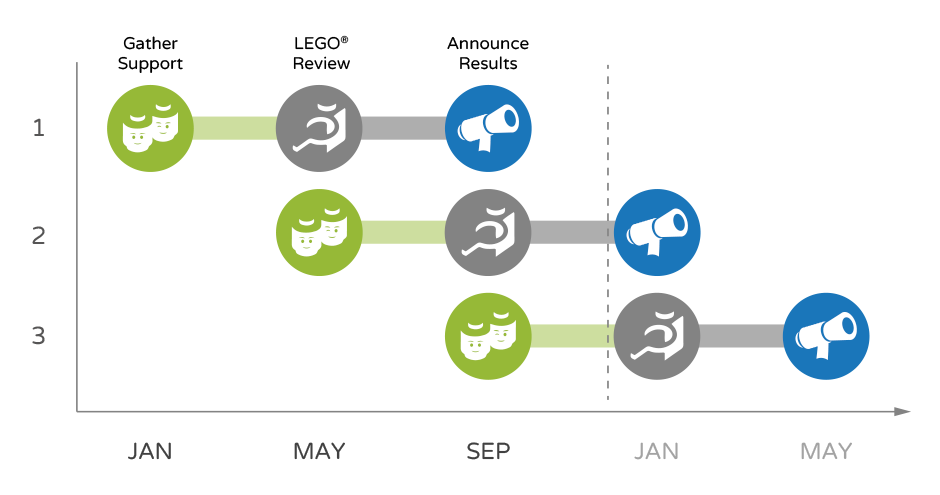 We’ve also made a few updates within our Guidelines and House Rules. Here is a summary:

If you have any direct questions regarding your project as it relates to these Guidelines, feel free to email us at support.ideas@LEGO.com.