Once Upon a Brick there were two talented LEGO fans by the name of Grant Davis and Jason Allemann, who submitted an incredibly creative idea through LEGO Ideas. All in the LEGO Ideas kingdom were so impressed by this idea that they all voted for it as they all wanted to see it become a reality! The kingdom's council heard about this idea, including the fact that all in the kingdom were really excited about it, so they decided to see what they could do about it.

After many long meetings and discussions, the council agreed that this idea HAD to be implemented...and quickly! So the council employed the skilled crafters Sir Wesley Talbott and Lady Crystal Fontan who set to work realising the idea.

After many months of labouring and consulting with Grant and Davis, the idea for the Pop-Up Book was complete and it was ready for all the people.

...The End...or not quite, because this is really just the beginning of this adventure!

We are thrilled to announce that the LEGO Ideas 21315 Pop-Up Book is now officially available and you can get yours from the online LEGO Store  as well as your nearest LEGO Store or LEGO Certified Store.

We wish congratulate LEGO Ideas members Grant Davis (a.k.a. Grant_Davis_) & Jason Allemann (a.k.a. JKBrickworks) for their idea becoming an official LEGO Ideas set, and we simply can't wait to see what kind of cool stories all you fans come up with in the future. 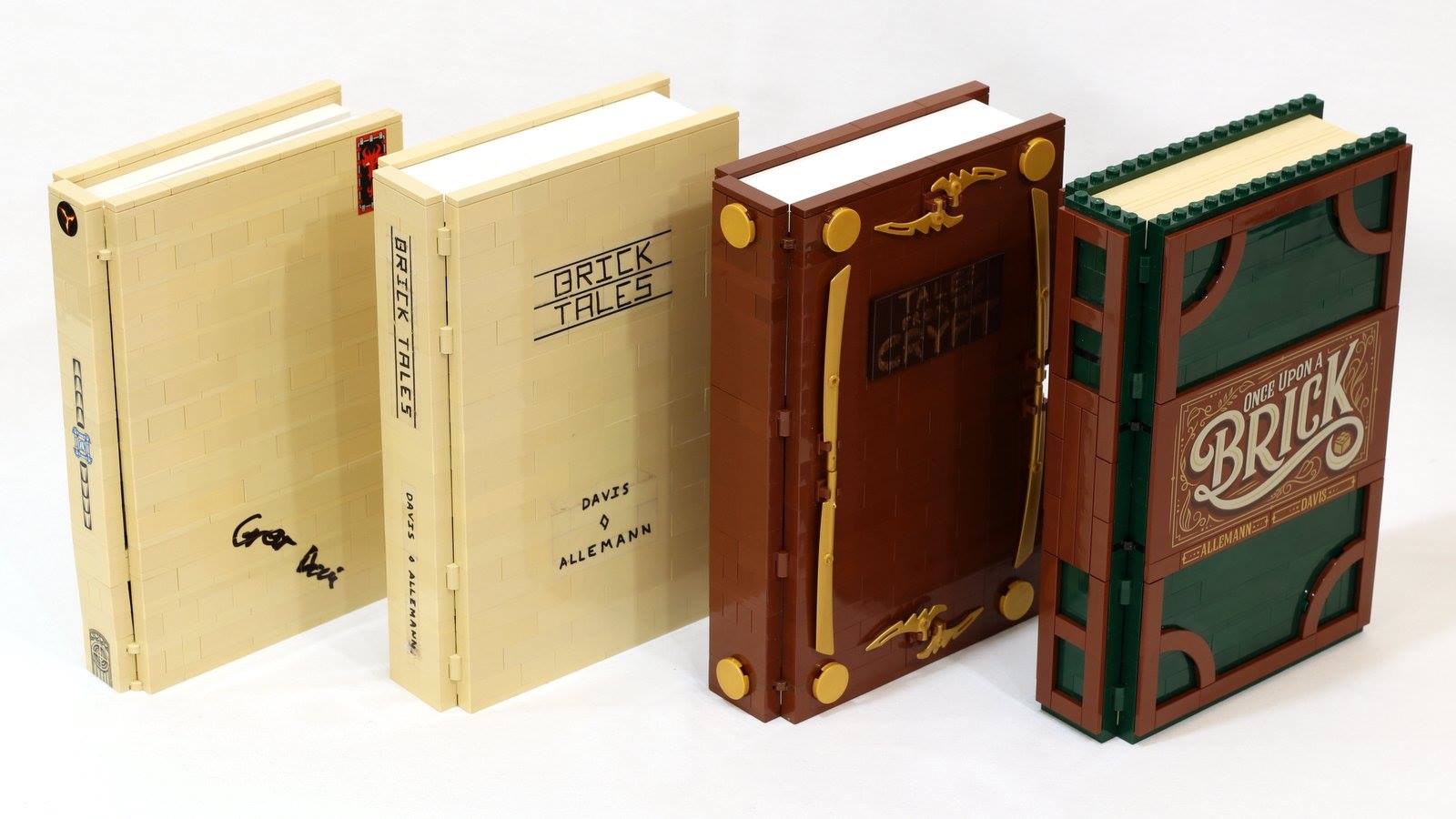 ^ Comparison photo by Jason Allemann (www.jkbrickworks.com) showing the original prototypes together with the official LEGO Ideas set on the far right.

This 859 LEGO element set will give you the chance to play out 2 classic fairy tales in the form of the Little Red Riding Hood and Jack and the Beanstalk. To help you create these stories, and your own, are 4 new LEGO minifigures in the form of Little Red Riding Hood, Grandmother, the Wolf, the Giant. The set however also includes 1 new microfigure representing Jack. Both stories can be built simultaneously and can easily be swapped out.

You can get your Pop-Up Book today from shop.LEGO.com and LEGO stores around the world for a recommended retail price of USD/EURO* 69.99 / GBP 59.99. 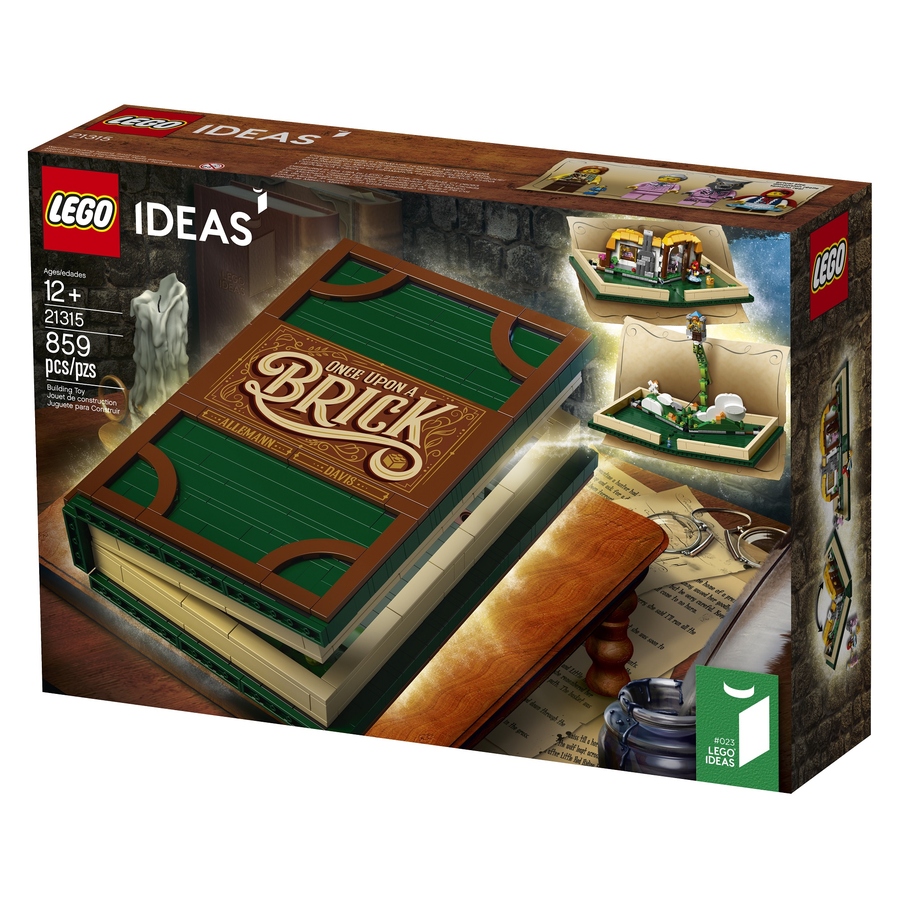 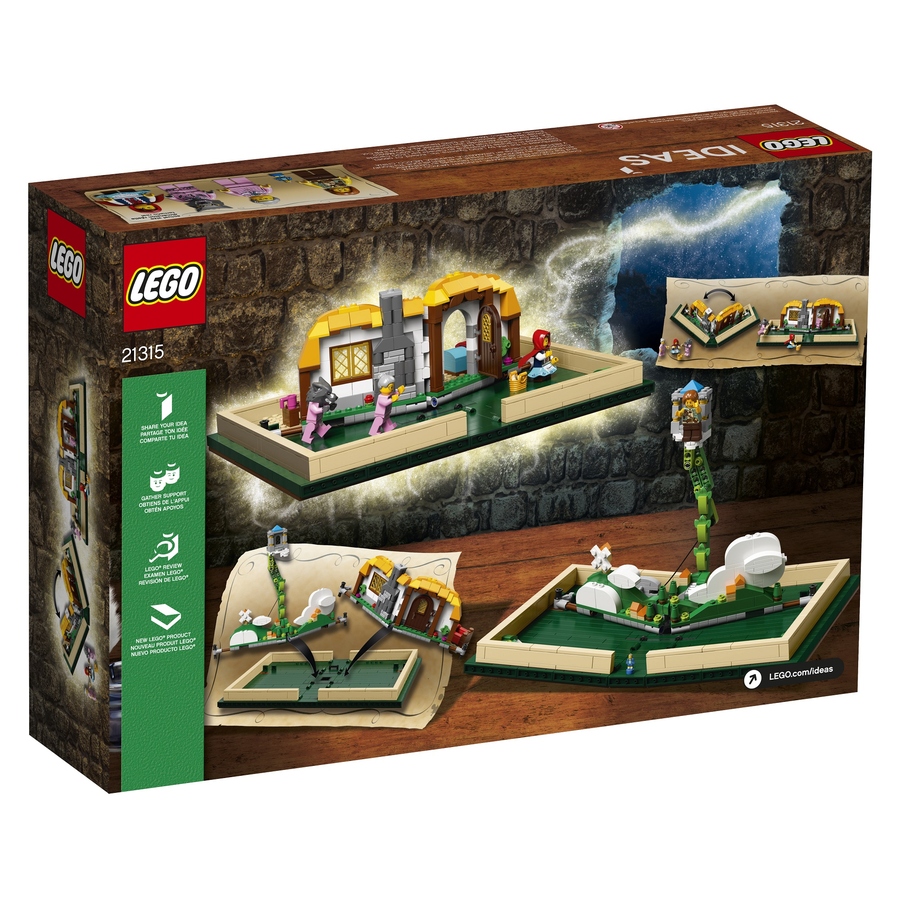