The Making of the Exo Suit

LEGO® Designer Mark Stafford transformed Peter Reid's LEGO Ideas Exo Suit project into an official LEGO set. We sat down with him to find out how he did it. 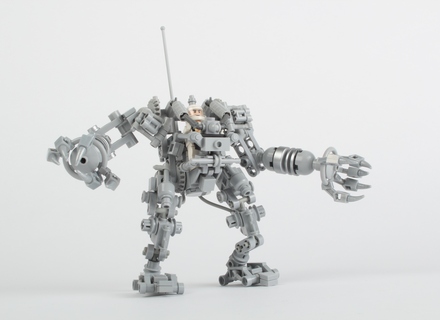 When LEGO Ideas came calling to ask Mark to work on transforming Peter Reid's Exo Suit into an official LEGO set, he jumped at the chance. He and Pete have known each other for nearly a decade, even before Mark became a LEGO designer. They met when they both exhibited at LEGO World in 2005, bonding over a mutual appreciation of robots and spaceships. In fact, they've even worked together on a spaceship model once, the Enlightenment. 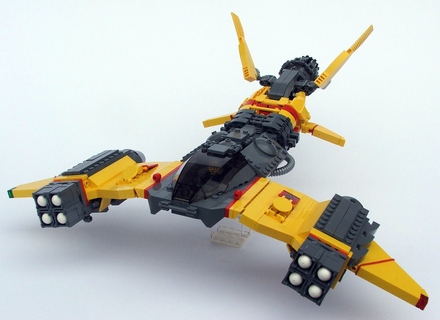 Making the model a legal build that holds up to the LEGO Group's rigorous playability standards was no easy feat. Mark wanted to remain true to Pete's original and Pete had used quite a number of elements that were no longer available.  Mark's goal was to find a way to retain the look and the spirit of Pete's model in a way that was compatible with LEGO standards. 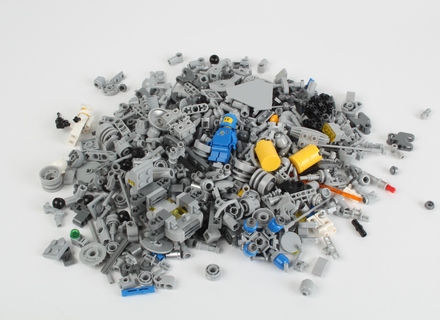 It all started with a big pile of elements.

Mark started by working on the body. After a number of iterations, he sent some photos to Pete to see what he thought. Pete was blunt, it was rubbish. But he understood precisely what Mark had done wrong and gave great feedback that enabled Mark to make adjustments and fix the issues. Next up were the Exo Suit limbs. Mark created and rejected too many versions to count. 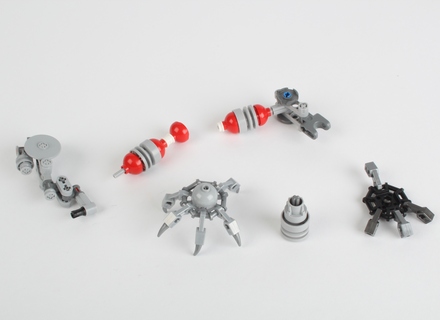 Although it hadn't been done before with a LEGO Ideas project, Mark invited Peter to come to Billund to work together on the model. This was possible as Peter was already under NDA with LEGO, having done some early sketch models for the Atlantis theme. When asked what he thought about the experience, Peter Reid said, "It was awesome to visit the inner sanctum, and build alongside Mark. We worked on solving a number of design and aesthetic issues, which was lots of fun. I'm very pleased with the finished product. It feels like a true collaboration."

After extensive work, three versions of the arms were sent to LEGO's Design Lab, the team that reviews and tests all new LEGO set designs. Design Lab came back and said two of them were still illegal builds because elements were being stressed in ways that weren't allowed. Then, a new element - a 2x2 round tile with a hole through it - became available and with it, as well as some connections hidden inside the much-discussed barrels, Pete and Mark were able to solve the arm problem. 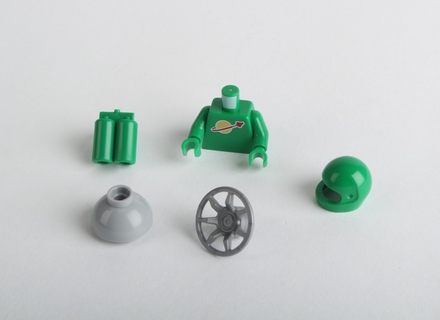 It's a general policy that LEGO Ideas sets cannot contain any new elements, but they can contain existing elements in new colors. Mark was able to incorporate a number of new elements from other lines, including a bowl and the handlebars from the LEGO Friends line. The slopes used on the feet are quite new as well, according to Mark. Being able to include a lovely set of brand new elements in colors not seen before was important to Mark. The five official new pieces/colors are:


Everyone assumed that Mark would utilize the new mini ball joints found in Mixels and Chima sets in this design, but he didn't. The reason was twofold - one, production capacity was completely taken up and they were simply not available; and two, and even more importantly, it was truer to Pete's original design not to use them. Mark told us again and again that he wanted to retain the spirit of Pete's heavily-greebled design to the extent that was allowed. What's greebling, you ask? According to Wikipeda, "A greeble is a fine detailing added to the surface of a larger object that makes it appear more complex, and therefore more visually interesting." 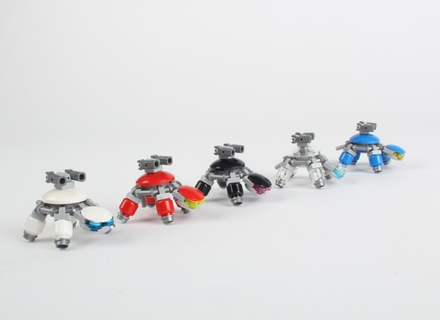 A number of color combinations were tried before the silver and grey version was settled upon.

While Peter's original LEGO Ideas proposal didn't include a turtle, Mark and the Ideas team thought the Exo Suit needed a companion. Mark knew that Peter was famous for his turtles, which populate his Flickr photostream, so it had to be a turtle. Mark built several solutions and sent them to Peter, but they weren't right. In the end, they returned (mostly) to Pete's original design and as Mark told us, "The turtle is purely Pete." 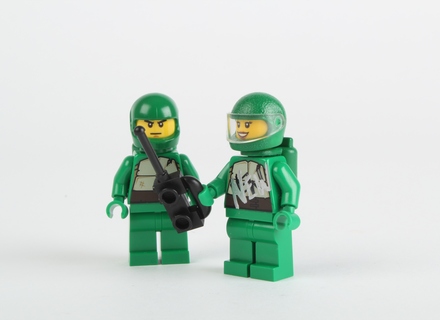 Early prototypes of the green minifigures

Perhaps the most exciting part of all, for both Mark and Peter, was being able to introduce a new color of Classic Space minifigures. Mark told us that each of the original colors of Classic Space minifigures had a specific job: white for pilots, red for soldiers/explorers, yellow for scientists, blue for commanders and black for spies. None of those really fit the category of mech pilot. Thanks to the Teenage Mutant Ninja Turtles IP, all of the necessary parts were there in green, so Mark called Pete and said, "How do you feel about doing a new color of space minifigure?" Pete was, understandably, ecstatic. It had, after all, been 30 years since LEGO had done a new color of space figure. And now Pete and his girlfriend Yve find themselves forever immortalized in LEGO Space.

The green space minifigure is probably the most meaningful aspect of the set for Mark. He has met both of the original designers of the Classic Space sets (both are elderly men now and live in the Billund area) and to have the opportunity to carry on the tradition they started was a real privilege. "This is my childhood I'm adding to," he said, "it's really special to me." 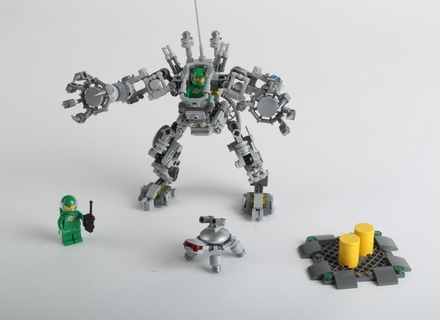 Lastly, Peter, who has added to the LEGO Classic Space story himself with LEGO Space: Building the Future, the book he co-authored with Tim Goddard, has revealed to us exclusively that he will add to it again, as there will be a follow up to the popular book. But first, he and Yve will get up to plenty of LEGO adventures with their Exo Suit and their turtle.

The Exo Suit is available in LEGO Brand Stores and on LEGO.com from August 1. 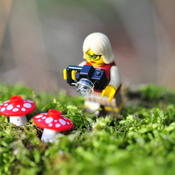