The LEGO® Ideas team met up with fan designer, Jason Allemann (a.k.a JKBrickworks), in January 2016 to get to know a little more about his passion for LEGO bricks, his inspiration behind the a-MAZE-ing LEGO 21305 Maze, as well as his nearly two year journey to reaching the much sought after 10,000 supporter milestone.

Check out the video below!

Jason gathered a great deal of information about his LEGO Maze creation in a handy overview on his website. Included on the site are a number of inspirational Mazes that he built using the available LEGO bricks from the LEGO Maze set. Be inspired: http://jkbrickworks.com/maze. 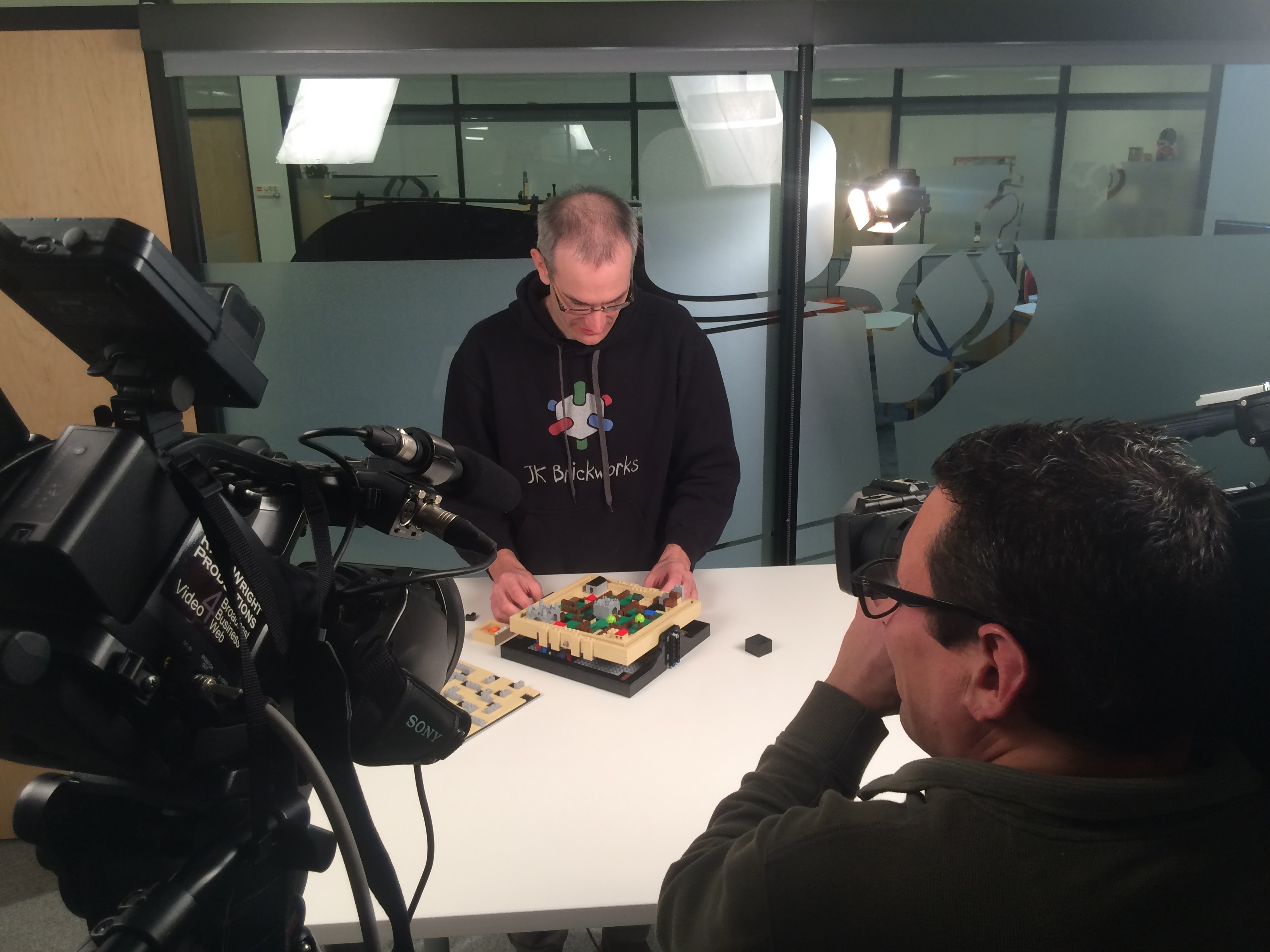 After we met Jason, he also shared some more insights about his journey with LEGO and gives some great advice as to how you can reach 10,000 supporters through hard work and perserverance.

1. How long have you been building with LEGO bricks?

For most of my life, really, though there were a few periods where not much building was going on. I really enjoyed building with LEGO bricks as a child, and I was especially fascinated with the early LEGO Technic sets. Throughout university and my early adult life I didn't build as much, usually only when visiting home, and the occasional set I would buy to display on my desk at work. Somewhere around 1999, when The LEGO Group acquired the Star Wars license, is when I really started getting back into it, and LEGO bricks have been a big part of my life ever since then.

2. What inspired you to build this model and put it on LEGO Ideas?

It actually all started with a custom LEGO minifigure scale bookshelf that my friend, and fellow AFOL, Deborah Higdon posted online (https://www.flickr.com/photos/buildingsblockd/6366514839). She built the bookshelf by stacking panel pieces on their sides, and the first thing that came to mind when I saw it was that you could build mazes using the same technique. I built a few small, static mazes, but you couldn't really do anything with them. It wasn't long before I was building larger mazes to run a ball through, and eventually working on a tilting mechanism to control them.

I had no intention of submitting the model to LEGO Ideas originally, but after posting it online a lot of people suggested that I should. I figured, 'Sure, why not?'. LEGO Ideas was still pretty new at the time, but I thought it was an interesting concept, so figured it would be worth a try. 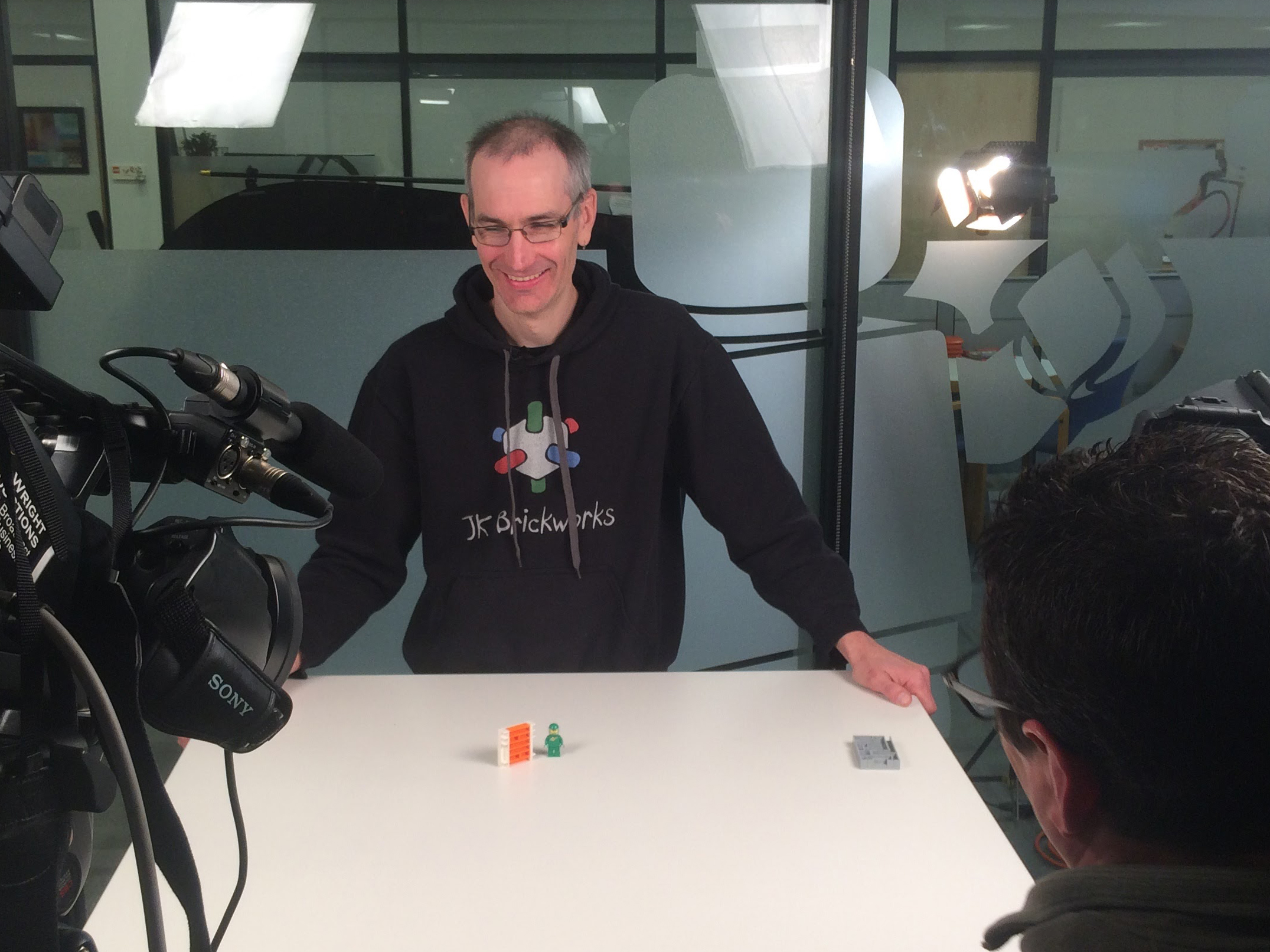 3. Did you run into any challenges when designing these models?

The control system was the most challenging part of the model for sure. How well it worked would make or break the play-ability of the model. I spent some time going through a few prototypes before deciding on the system of control rods in the final model.

4. What did you do to promote your project?

I shared it with many communities that I thought might be interested. Obviously some of the larger LEGO communities, but also some smaller online communities that were focused on traditional games. I was lucky enough to have a few of the larger LEGO related blogs promote it, which helped it get out of the gate running. After a few months I designed another themed maze, and I think that helped renew interest in the project. I also made a video showing how it worked, which I think really helped people see that it was a viable model, and gave them a more concrete idea of how it worked and what was possible.

5. What advice can you give to other LEGO Ideas members with active projects?

I think the most important thing is to determine what makes your project stand out from all the others, and really try to play off that strength. Also, find the communities of people that might be interested in it and spread the word. To get 10,000 supporters you need to expose your project to a lot of people. If it seems that not many people are interested, then try to determine why, and refine your idea to address those issues. I think posting updates can help show people that you are committed to making your project as good as it can be, and can also generate renewed interest in your project.

Then get yours right here!