Starting on the 30th of March 2019, Máté Szabó, the fan designer of the LEGO Ideas Steamboat Willie set embarked on a once-in-a-lifetime signing event tour that would take him around the world visiting LEGO Stores and fans in Shanghai, Beijing, Orlando, Paris and Budapest! Adding to the unique nature of these events, was that 4 of these locations were in fact at LEGO Stores situated in Disney theme parks, which made for the perfect setting to celebrate Mickey Mouse!

"It was awesome! It was mindblowing when I heard the news that there would be signing events around the world. It was so great to see those happy faces and it supercharged me with so much energy and adrenaline and made me more enthusiastic. I'd really like to say thanks to everyone who was there - it was an honor!", Máté told us once he had returned home to Budapest, as he reminisced on the events. "I'd like to say a huge thanks to everyone who was involved in organizing the signing event, all the staff members as well. Everybody was very helpful, gave their best, and did a wonderful job, and I hope that we will meet again one day", he added. 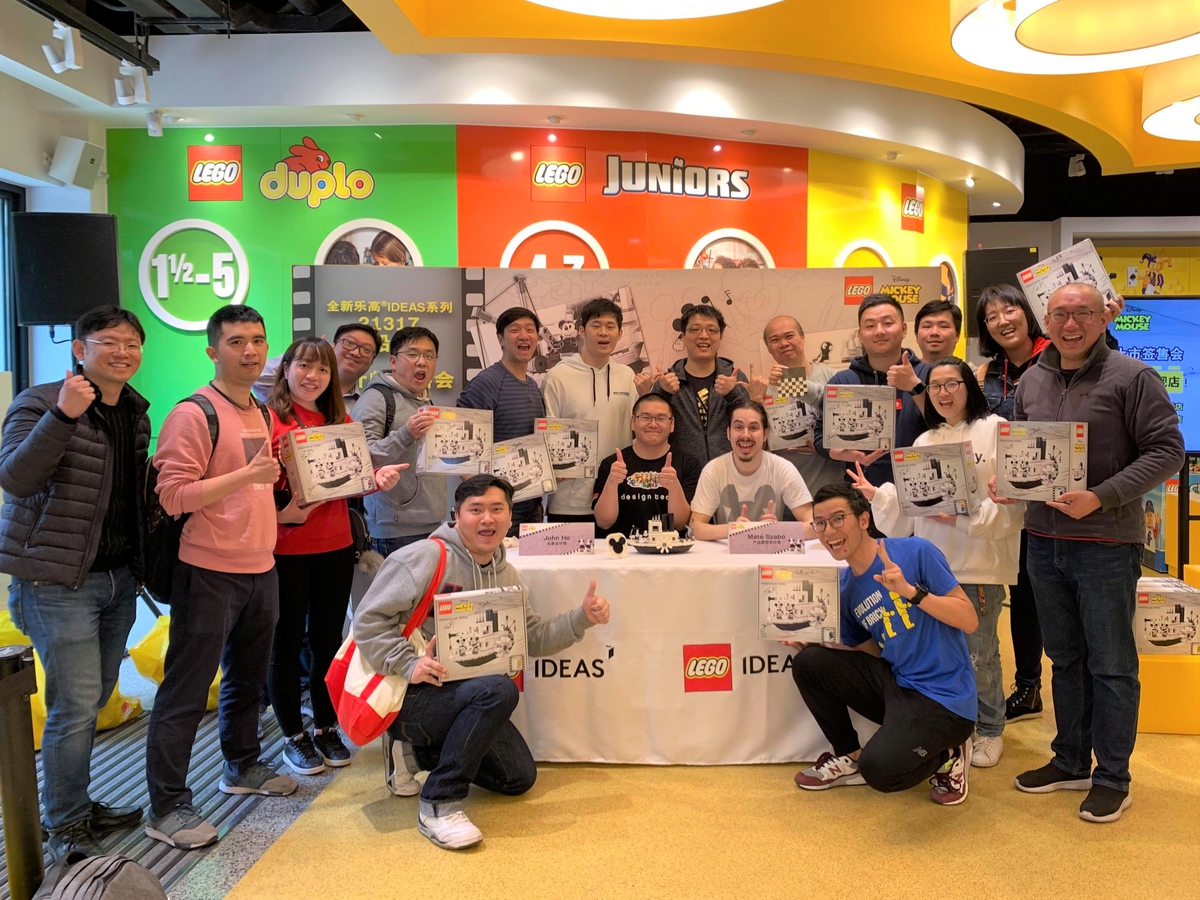 ^ Chinese fans in Shanghai pose with Máté and LEGO Designer John Ho at the pre-event for the local Recognised LEGO User Groups. 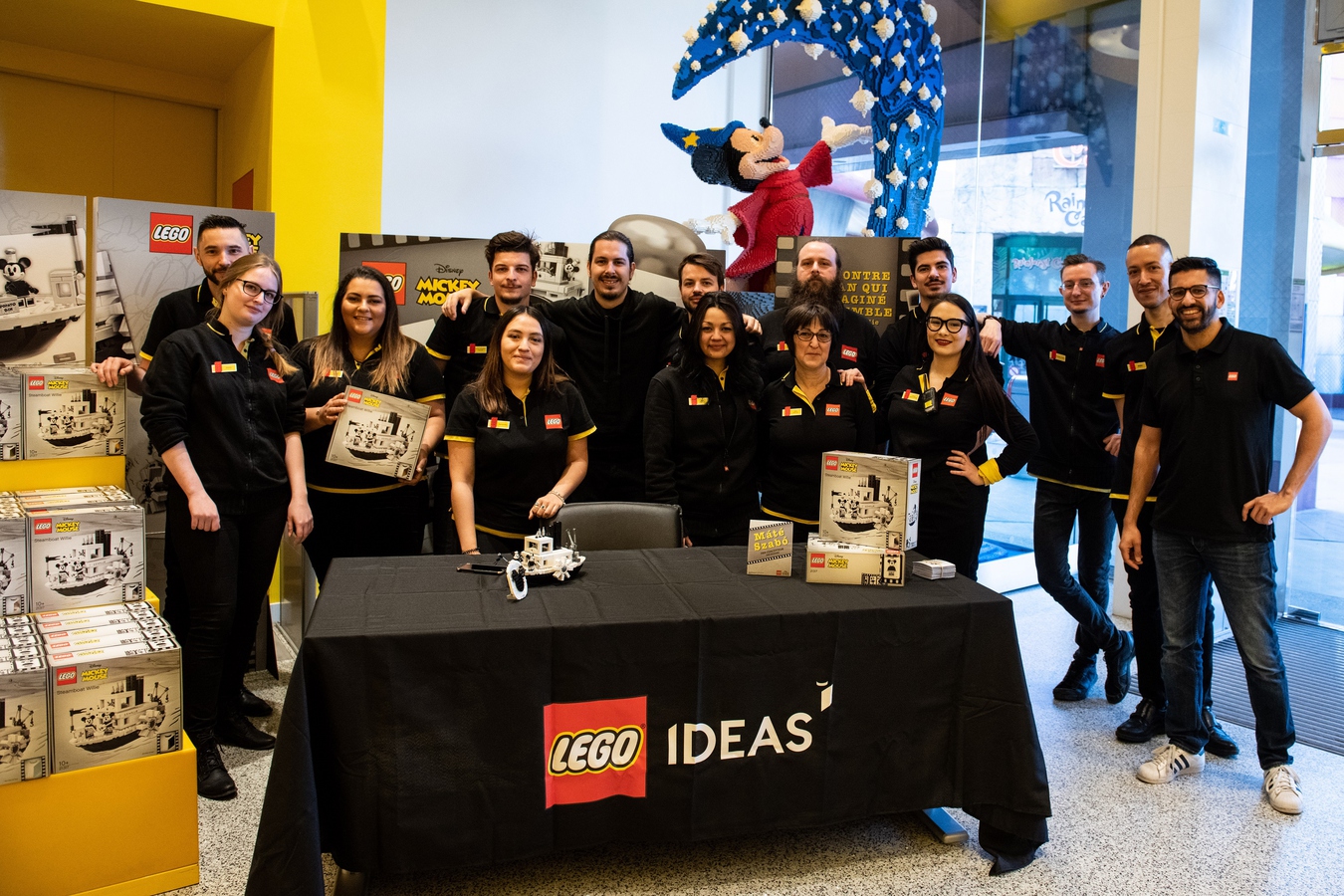 ^ LEGO staff present at the signing event at the LEGO store at Disneyland Paris get a photo with Máté before the event kicked off.

The events in both Shanghai and Beijing were also a bit different to all other signing events LEGO Ideas has held in the past as it was the first time the official LEGO Designer, who had worked on the project, attended as well, providing fans with the chance to interact with both the LEGO Designer and Fan Designer of the new set. "It was an extraordinary moment in my life to hang out with John [LEGO Designer], and get to personally know a real LEGO Designer. He gave me some very wise and useful advice for the future, so I think he's a great mentor." Máté mentioned when talking about the inclusion of the LEGO Designer at the events in China. 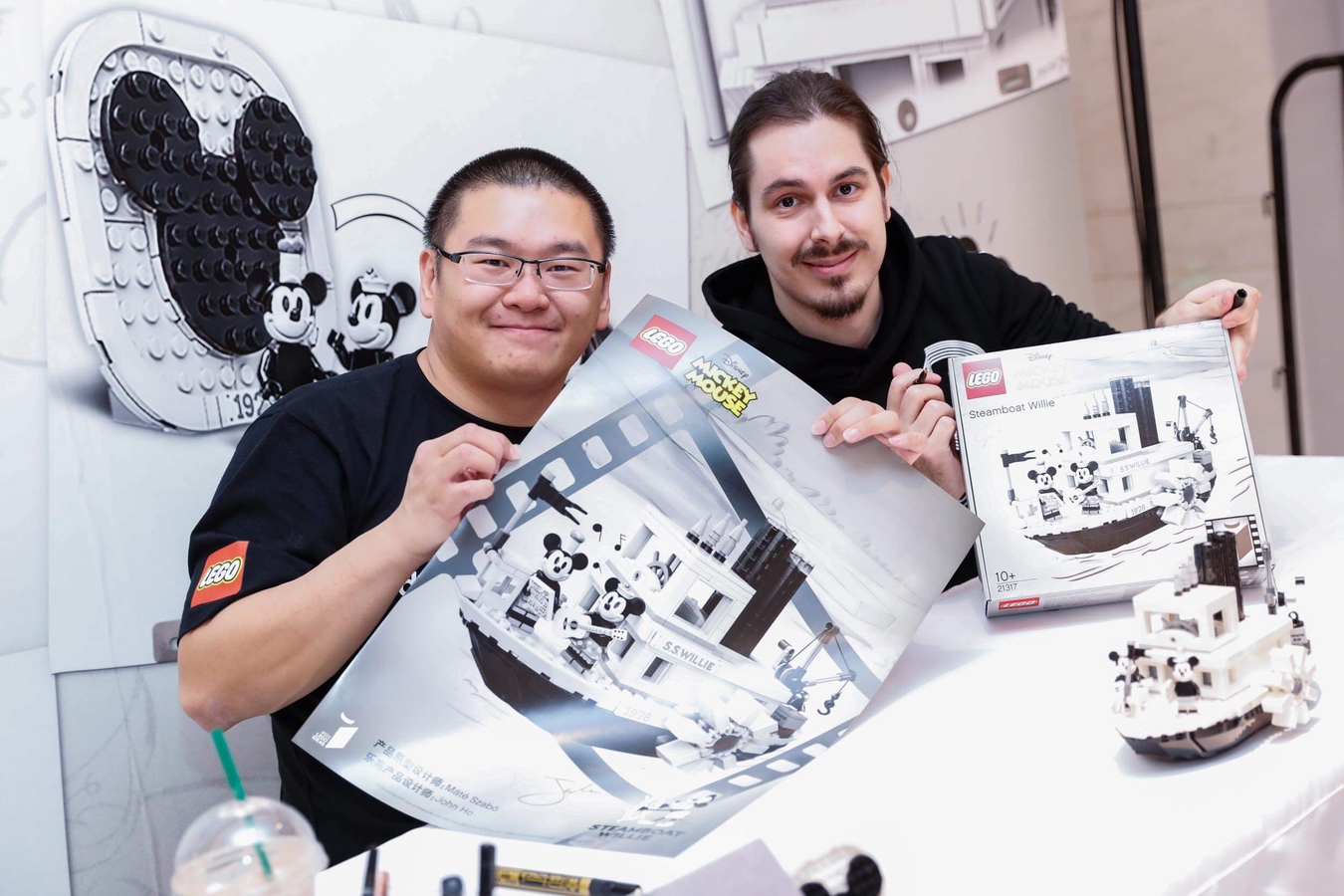 With most of the signing events held at Disney theme parks it was fantastic to see so many fans dressed up in their best Mickey or Disney apparell, including some that had the must-have Mickey and Minnie ears! 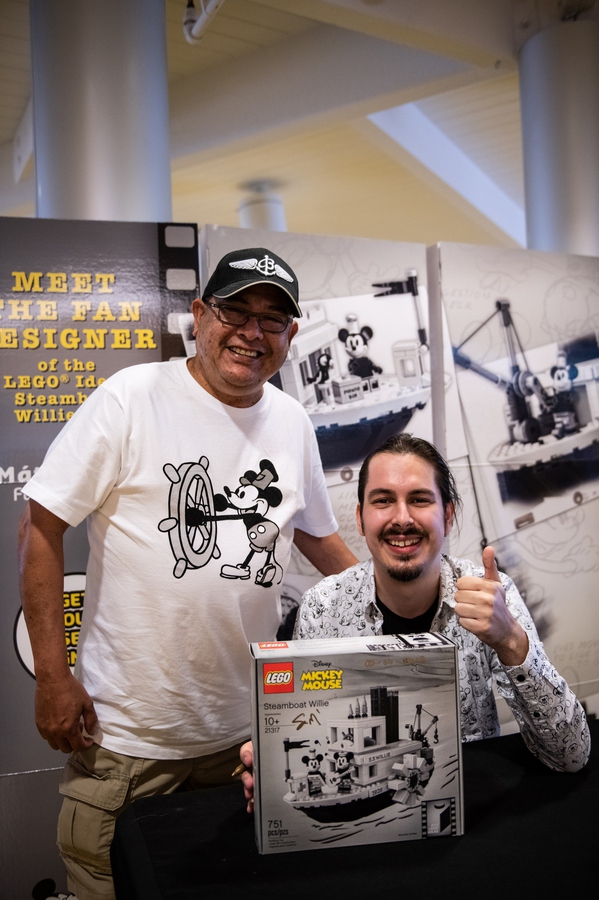 ^ Máté meets one of his big fans, who purchased his first LEGO set since his childhood! He also happened to have the perfect t-shirt! 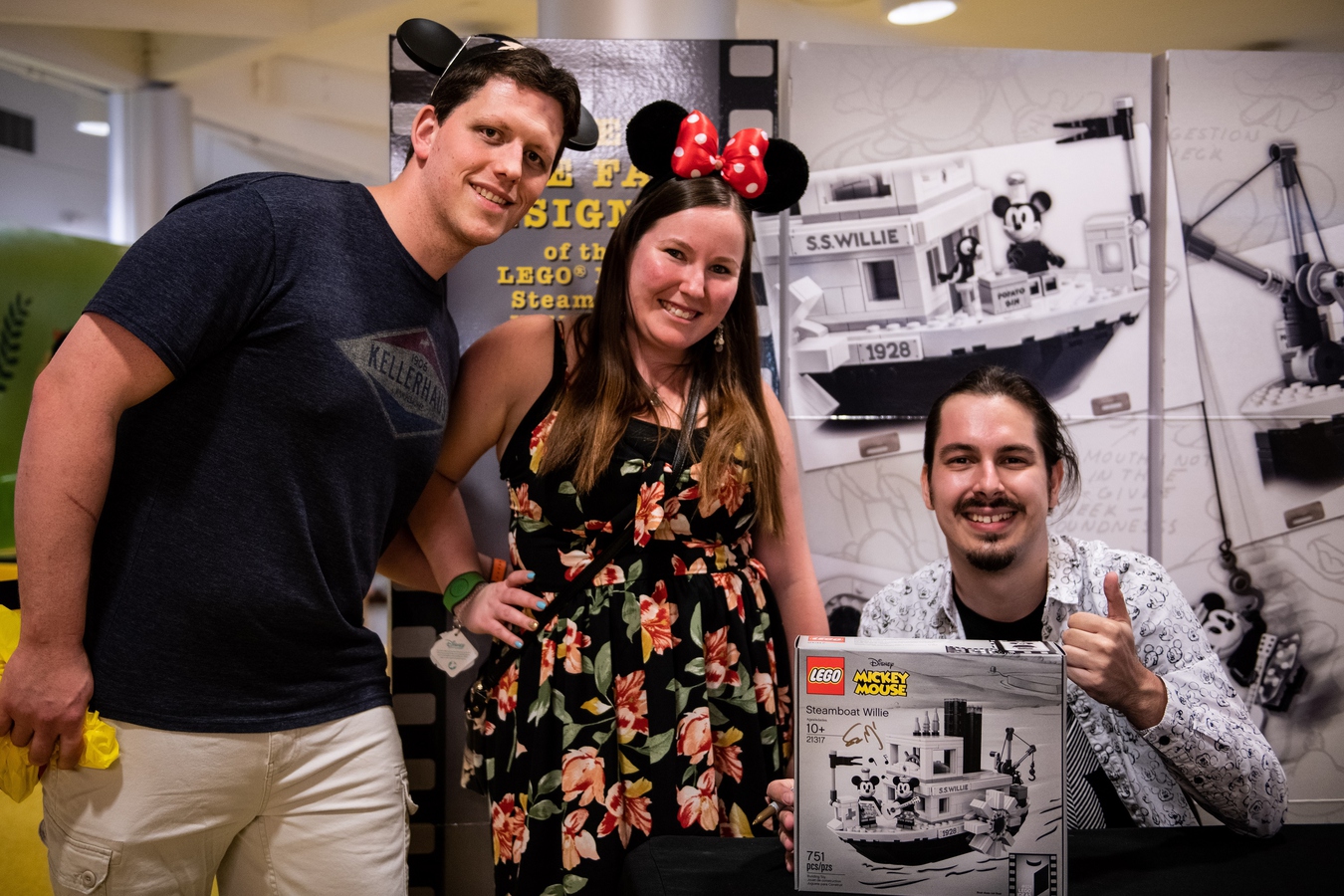 ^ For some it wasn't possible to be at Steamboat Willie signing event without a pair of Mickey and Minnie ears! Awesome!

One of the biggest surprises Máté experienced on the entire trip came at the signing event in Paris, when out of  the blue, a few very familiar faces made an appearance! It was his parents and sister who had hopped on a flight to Paris to greet him and, of course, get his autograph on their very own sets! "Unexpectedly at the signing in Paris my family just appeared and I didn't expect them. So I was surprised again and we were so happy to see each other". 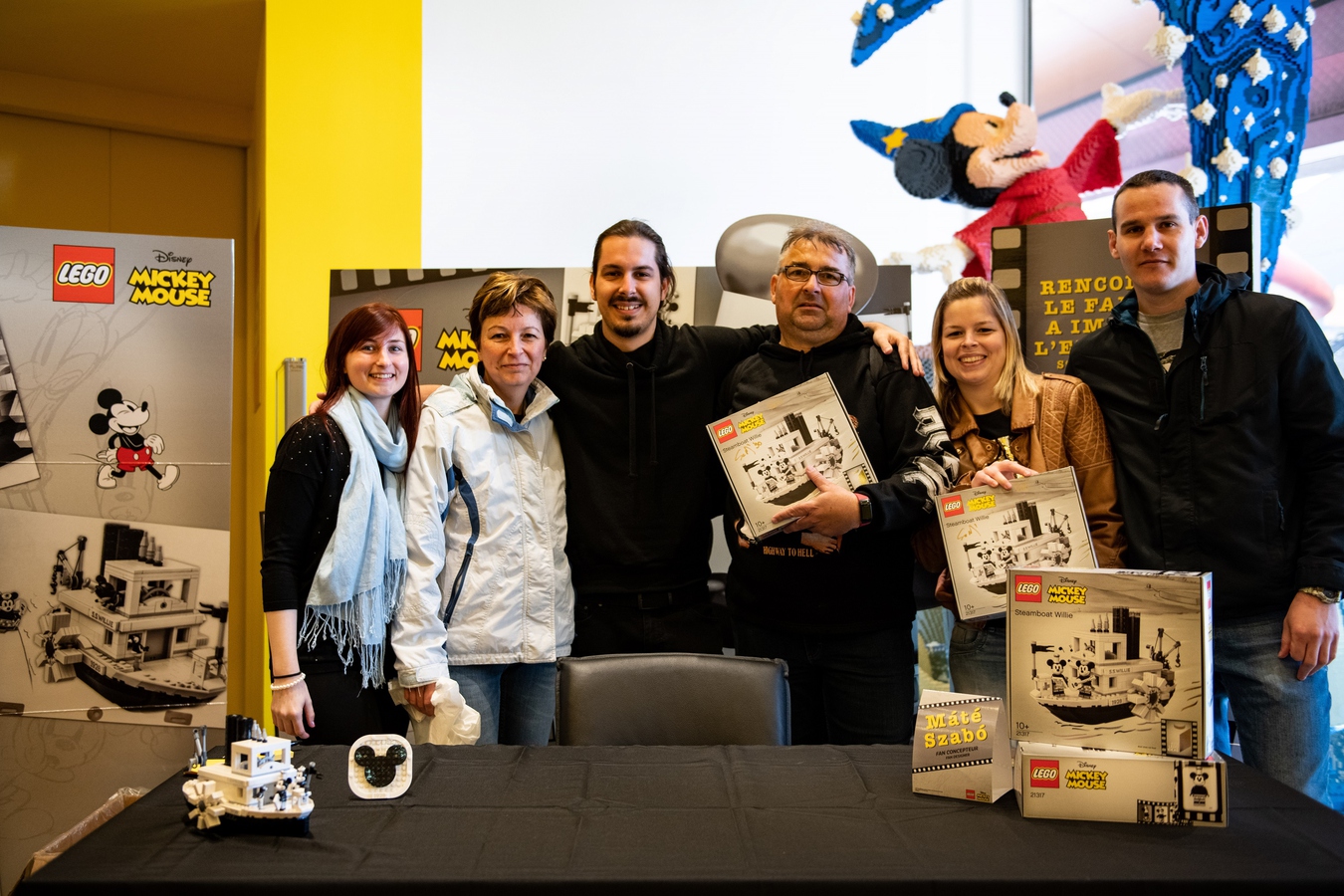 ^ Máté gets a group photo with his family and girlfriend.

Máté rounded of his signing tour at home in Budapest at the local LEGO Certified Store at the Allee Shopping Mall, where a big crowd was very proud to welcome him home! To commemorate his achievement, for which the local LEGO Hungary team is especially proud, they presented him with a beautiful, one-of-a-kind Mickey Mouse mosaic. Now that's a send-off!

For Máté it's been a unique experience up until now, including just seeing the Steamboat Willie set on shelves around the world. "It's truly amazing. I'm still processing the fact that it's real now and I still have to get used to the spectacle when I see the boxes on the shelves. Back when it reached 10,000 supporters I was honestly satisfied about the result. So it was way beyond my imagination when I found out that it was going to production", he said when asked how it felt to see the finished set on store shelves around the world. 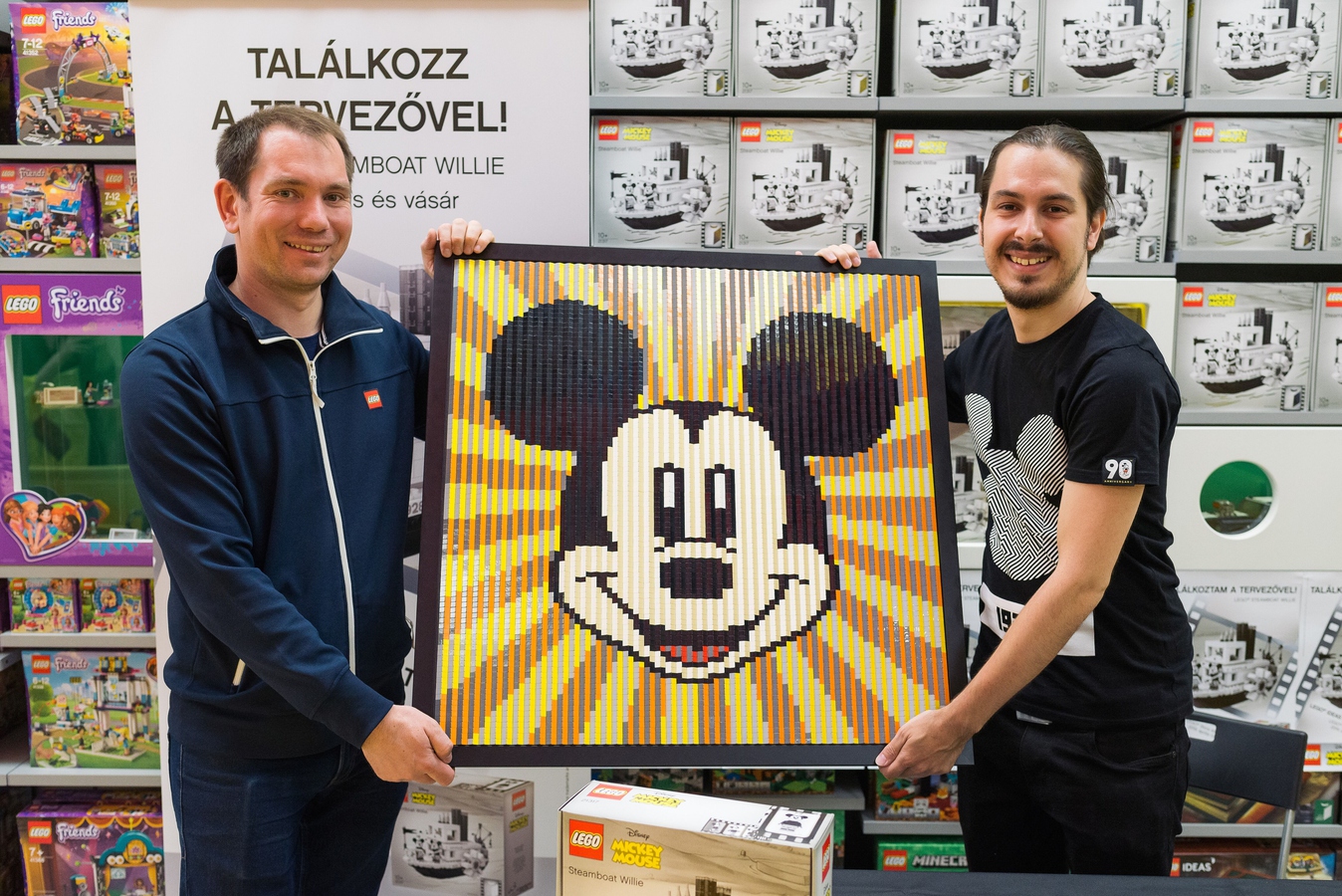 ^ LEGO Hungary Communication Manager, Lóránt Siket, presents Máté with the spectacular Mickey Mouse mosaic to congratulate him for his achievement.

Check out more photos from the events 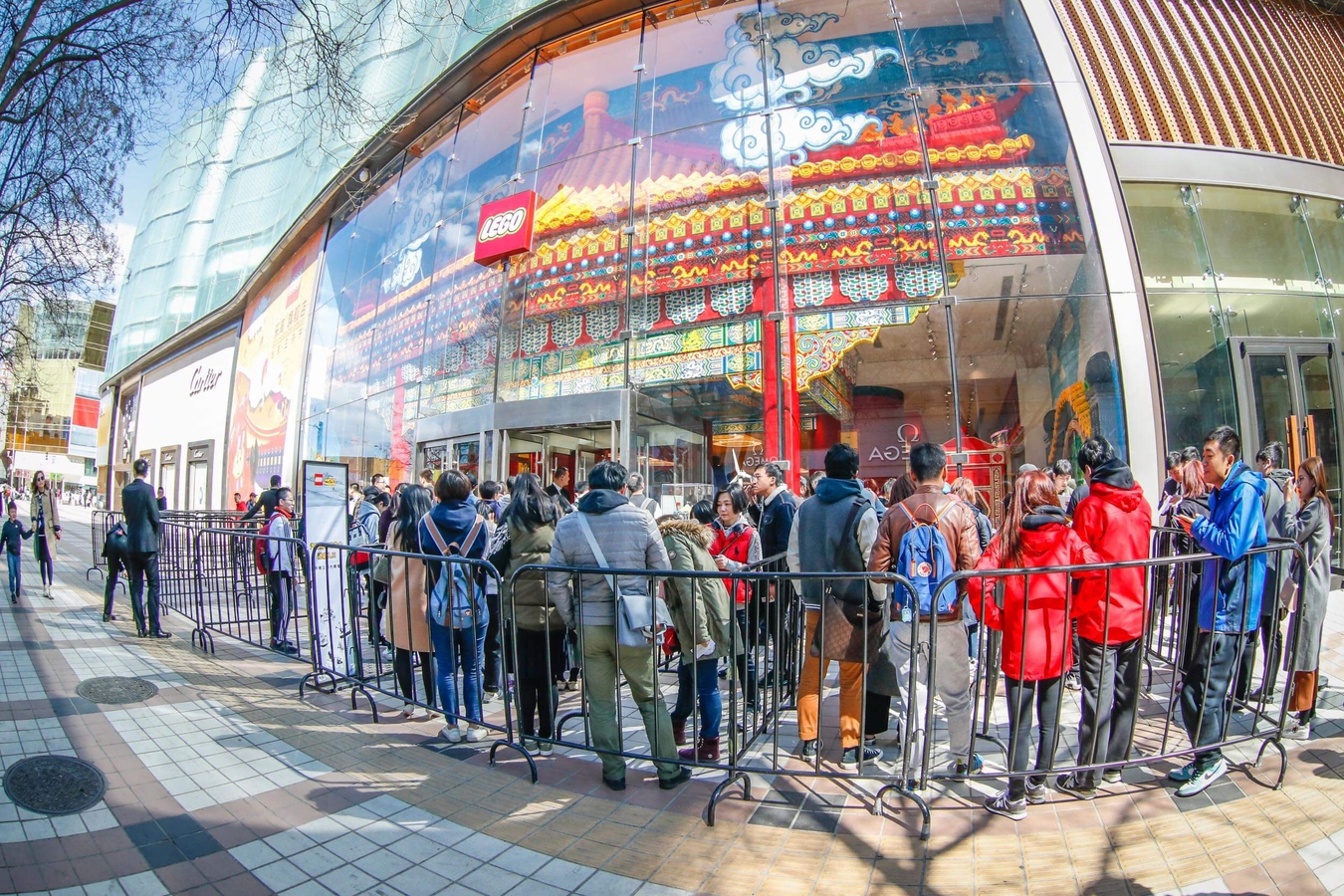 ^ Fans line up outside the brand new Beijing LEGO Store. 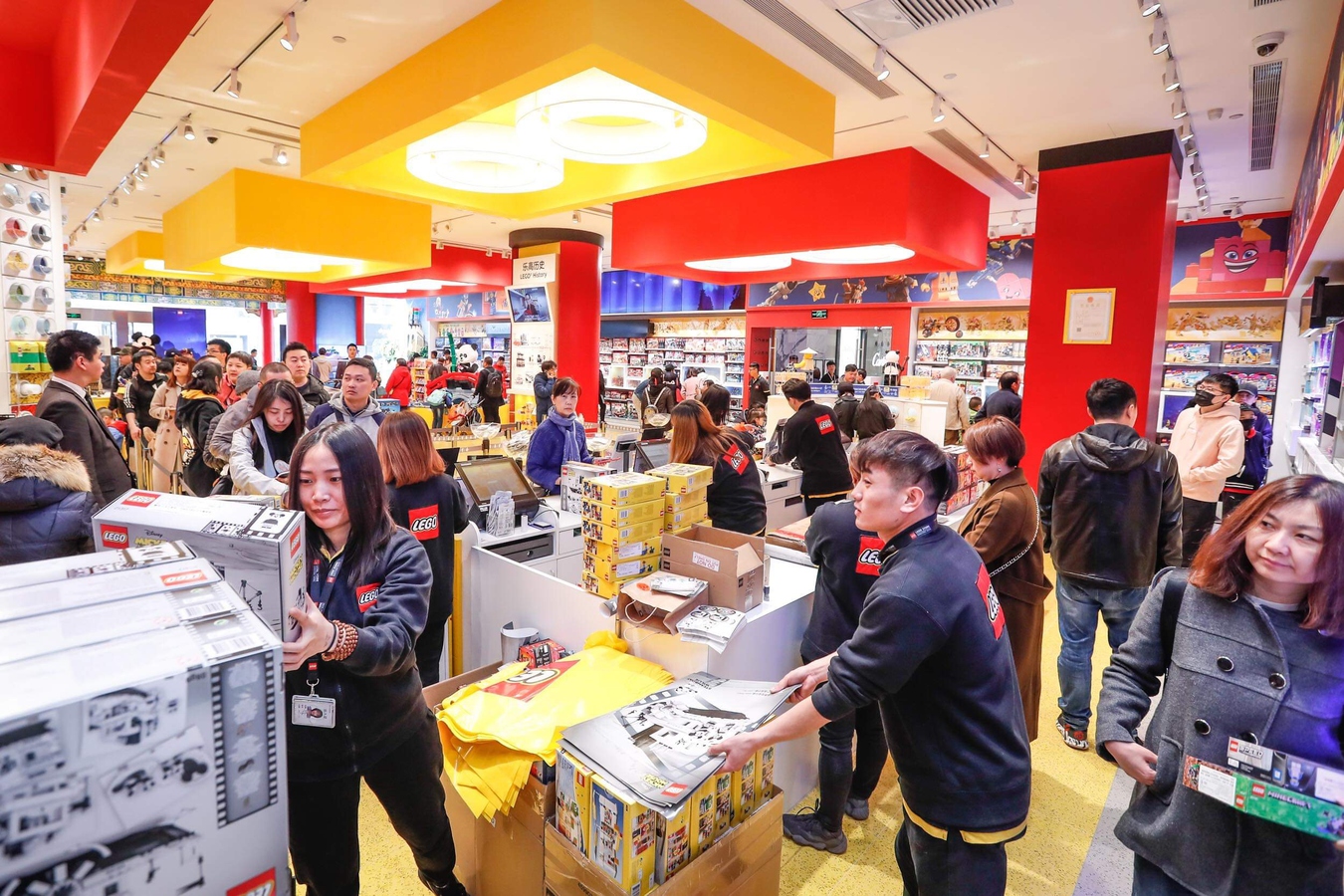 ^ The inside of the Beijing LEGO Store was a buzz of activity. 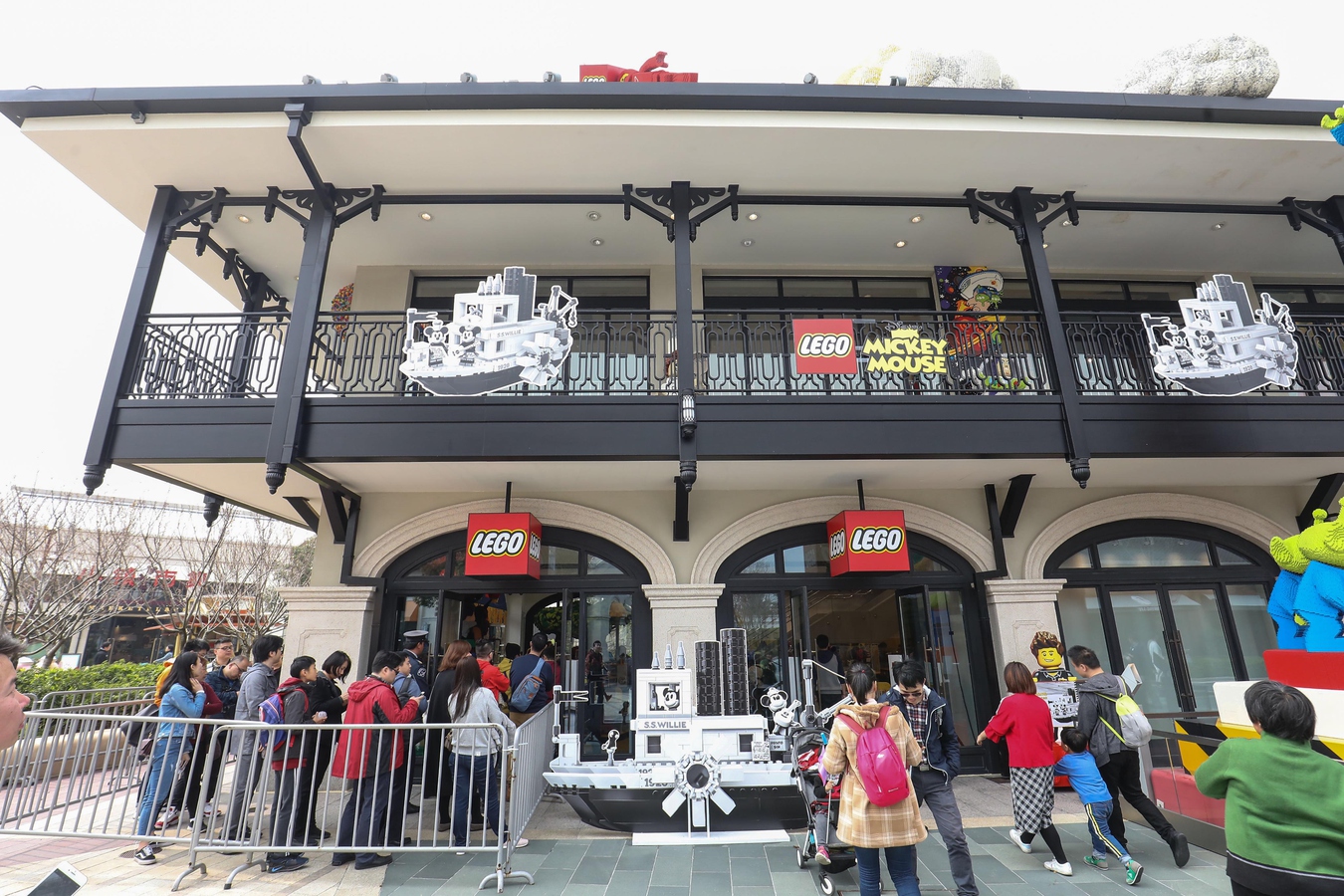 ^ The LEGO Store at Disneyland Shanghai had a large Steamboat Willie cut-out that was perfect for a photo op! 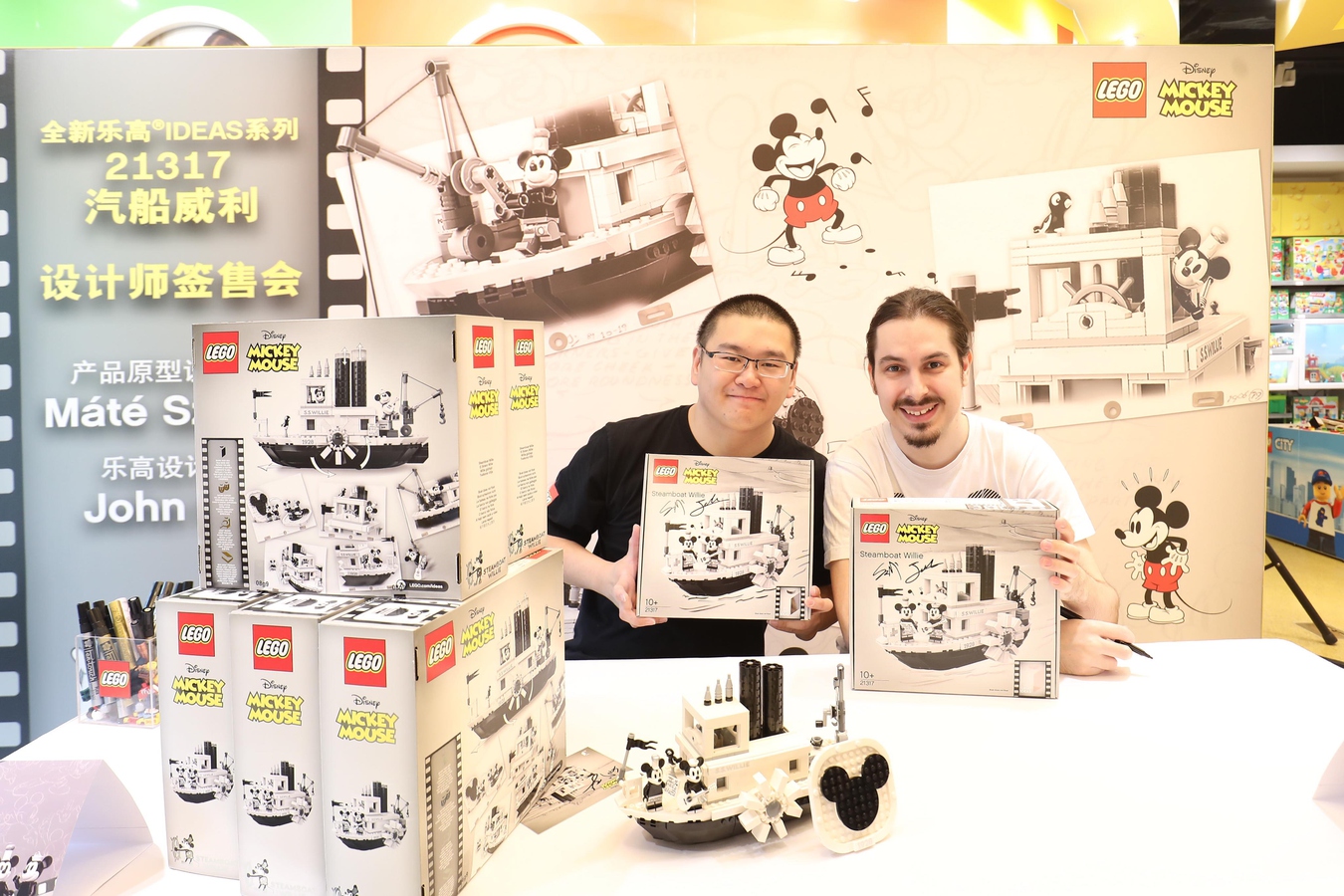 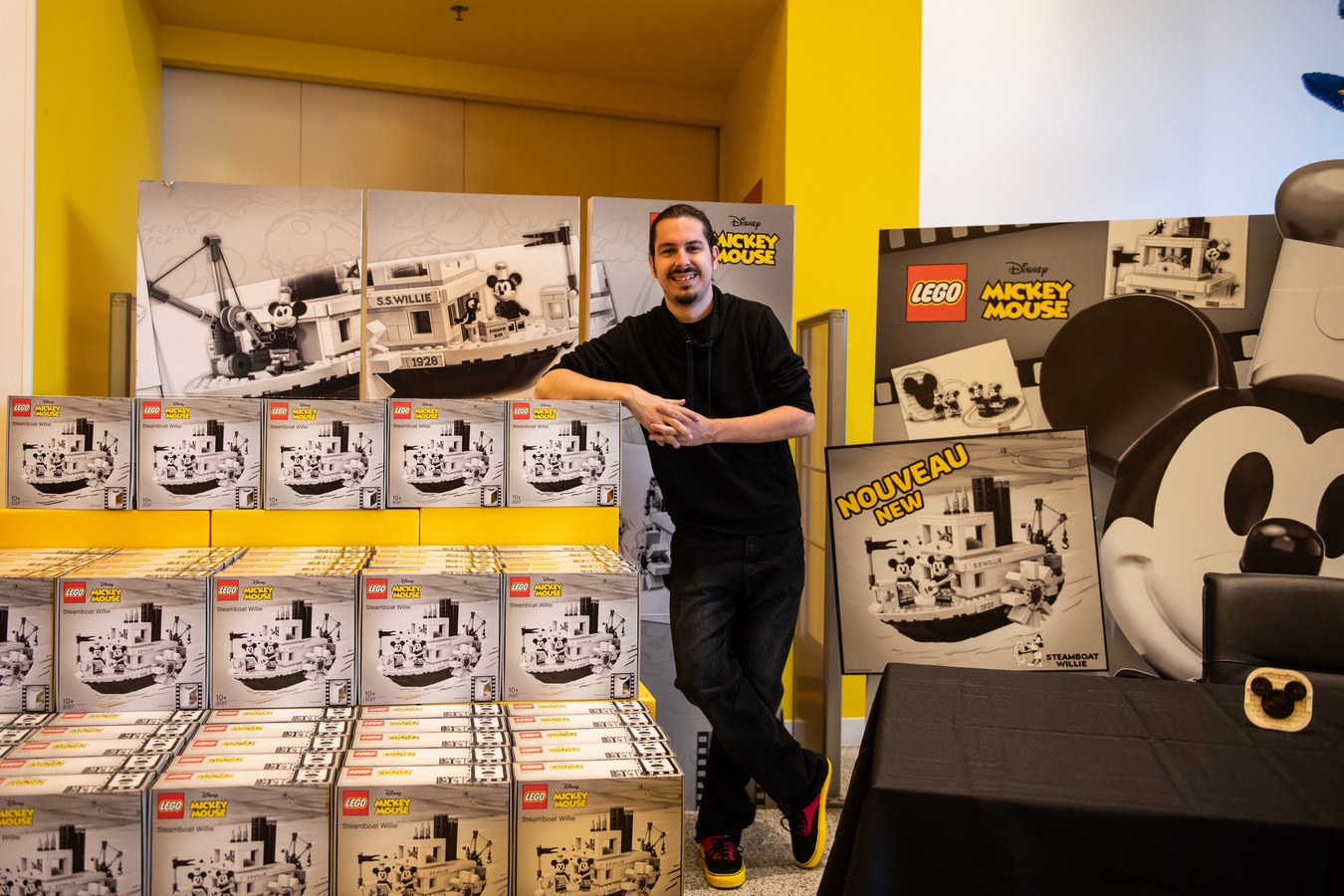 ^ A proud Máté amidst a sea of Steamboat Willie sets in Paris. 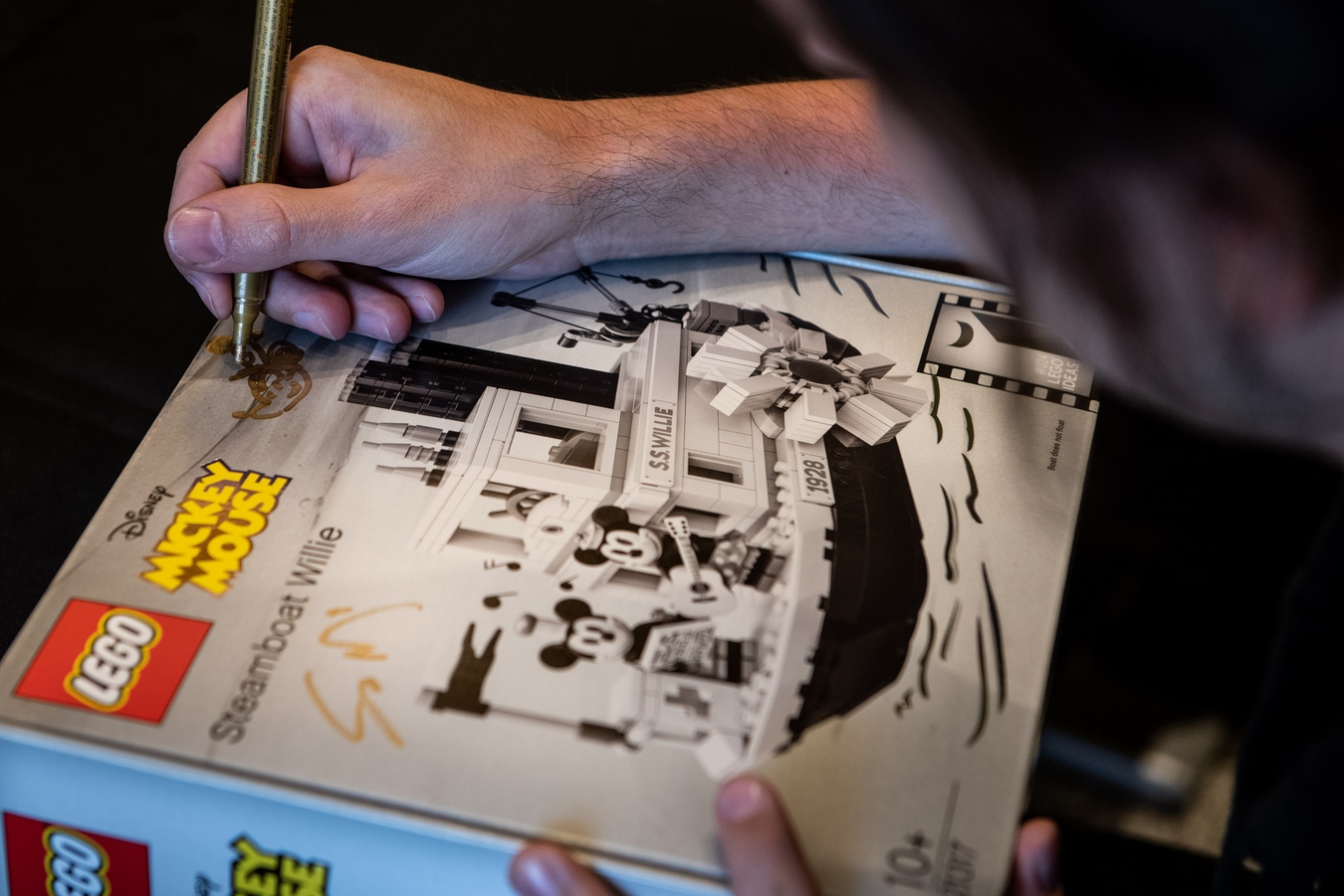 ^ There was a little bit of extra time in Paris to sign off with a quick drawing of Mickey Mouse requested by one of the fans. 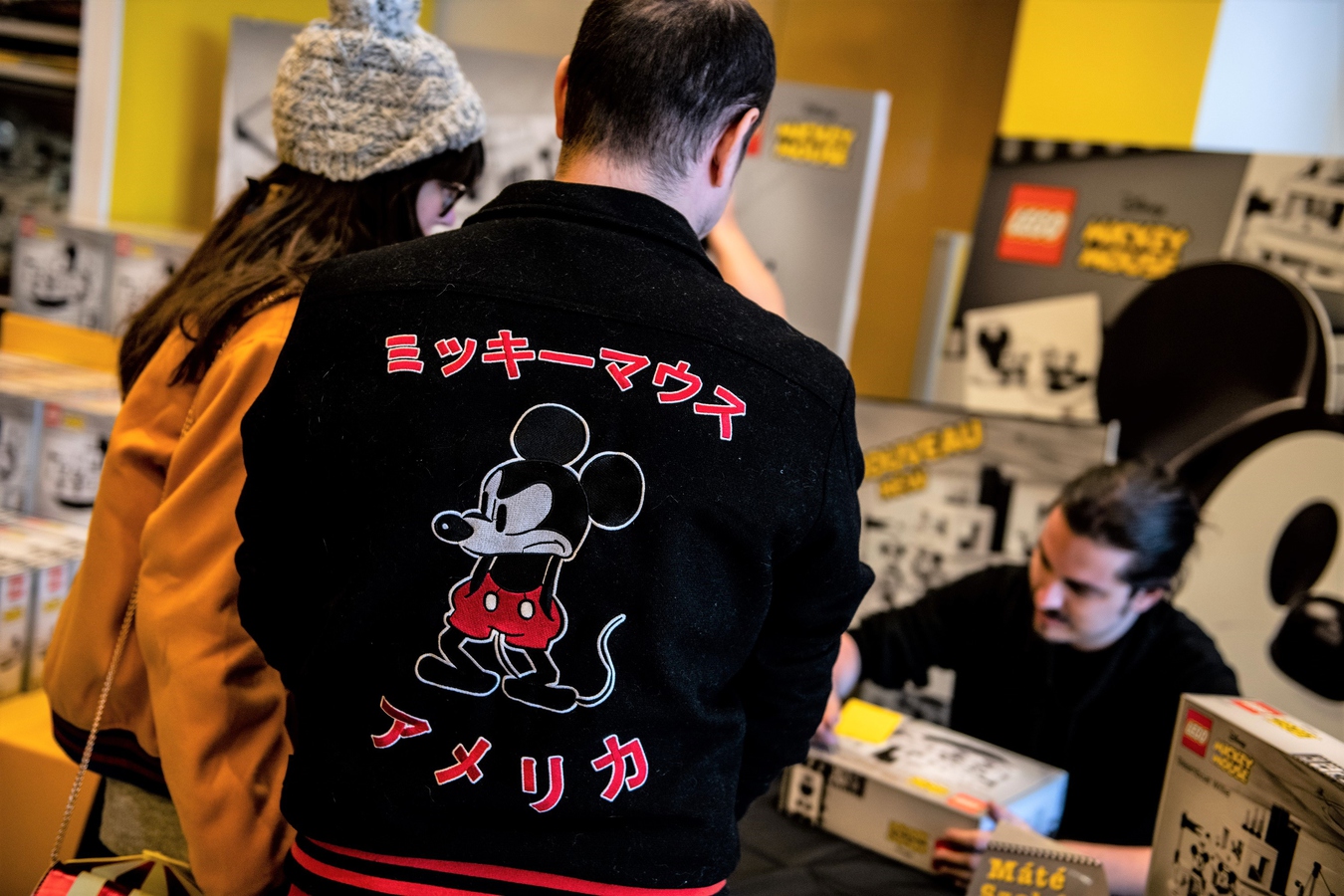 ^ Fan of Mickey Mouse? We sure think so! 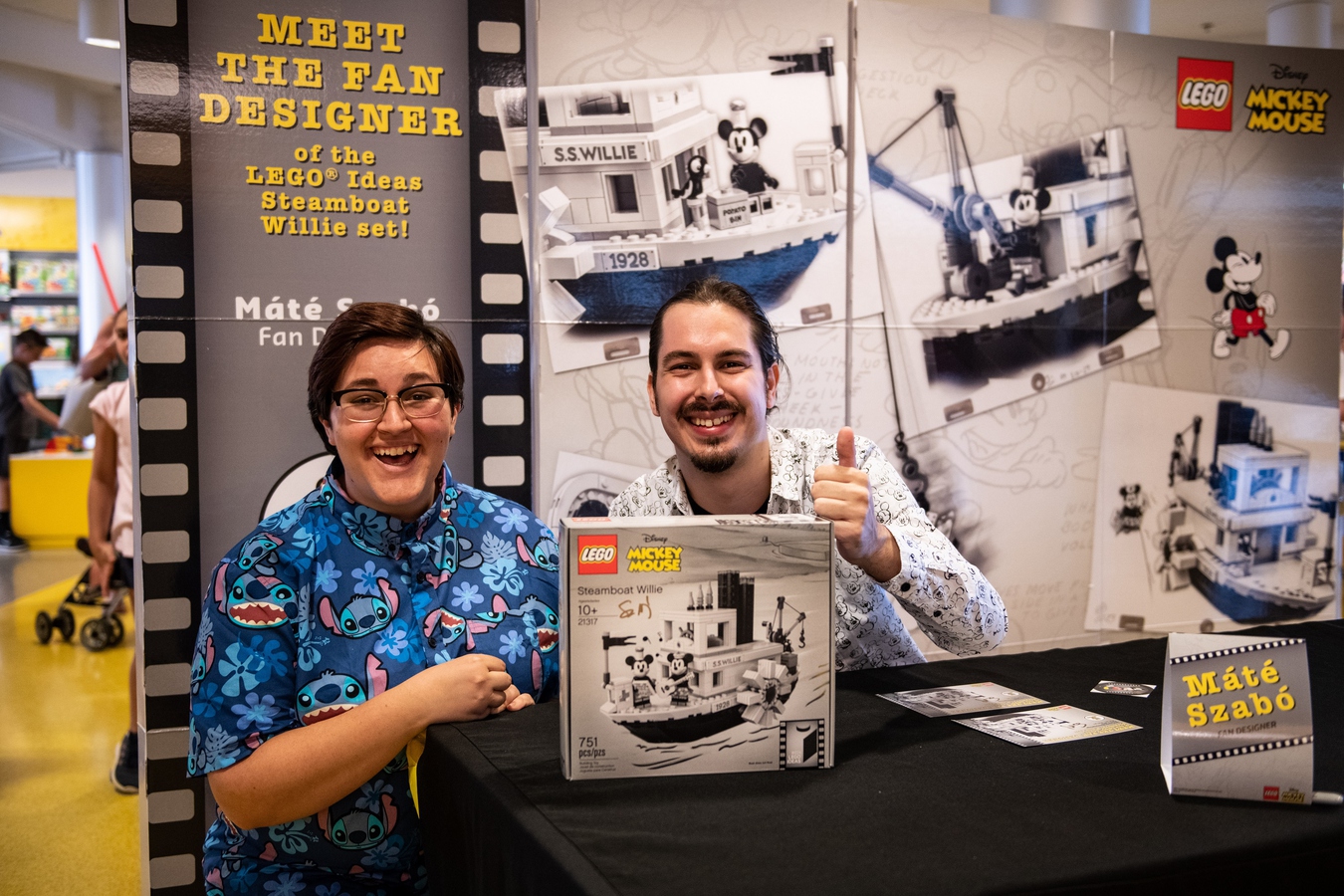 ^ There are Disney fans and then there are DISNEY fans with the coolest shirts! 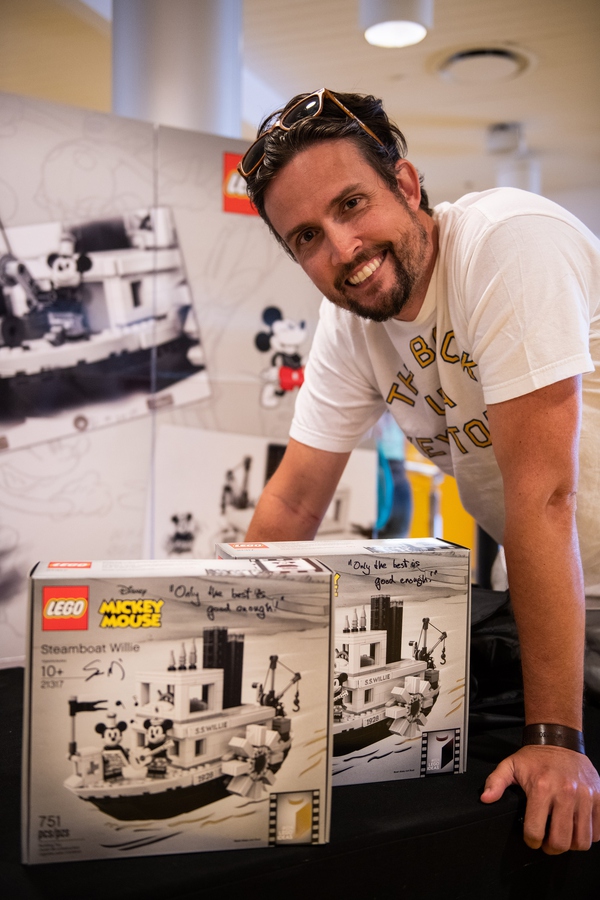 ^ One fan got Máté to sign the box with a special dedication - "Only the best is good enough!" 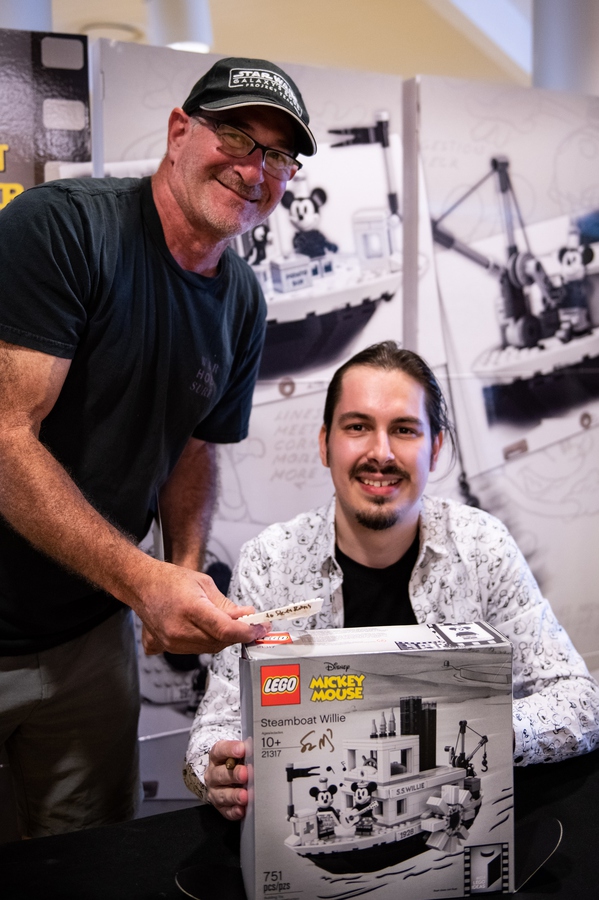 ^ Some dedicated fans opened their boxes to get a special LEGO element from the set signed. 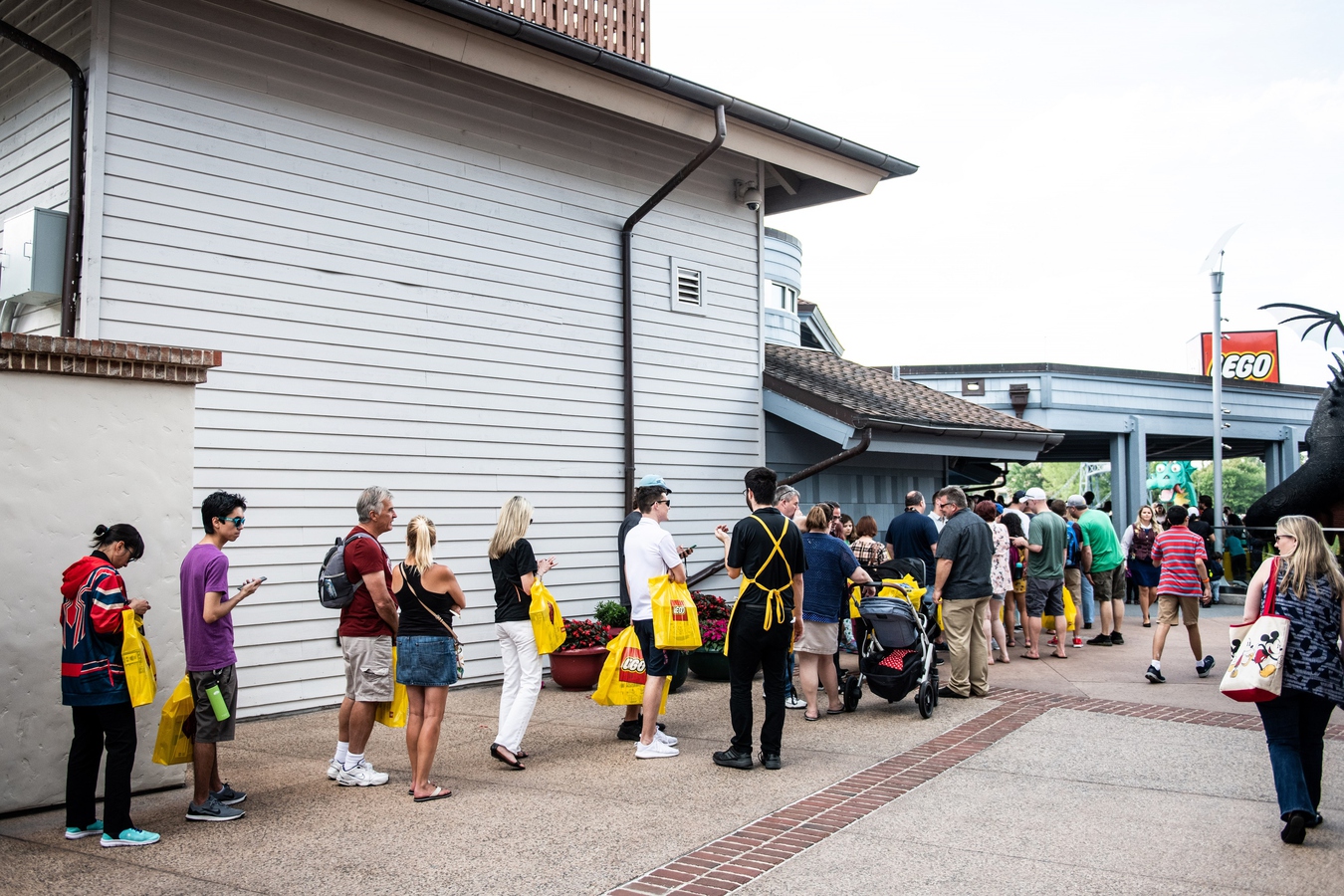 ^ Fans with purchased sets waiting to get Máté's autograph at Disney Springs, Orlando. 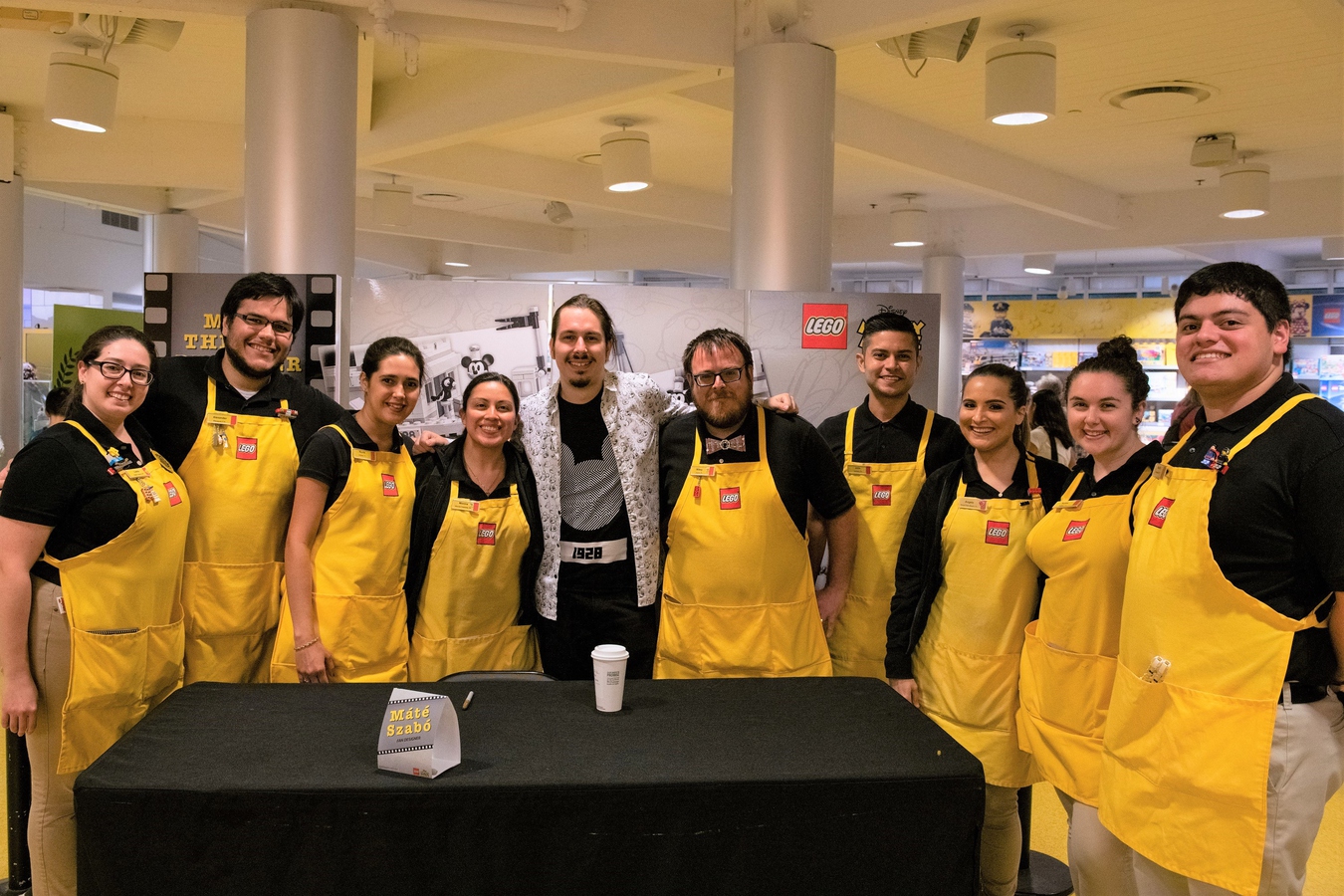 ^ After a long day of signing sets at the LEGO Store at Disney Springs, Orlando, Máté grabs a quick photo with the store staff who helped make the day a success! 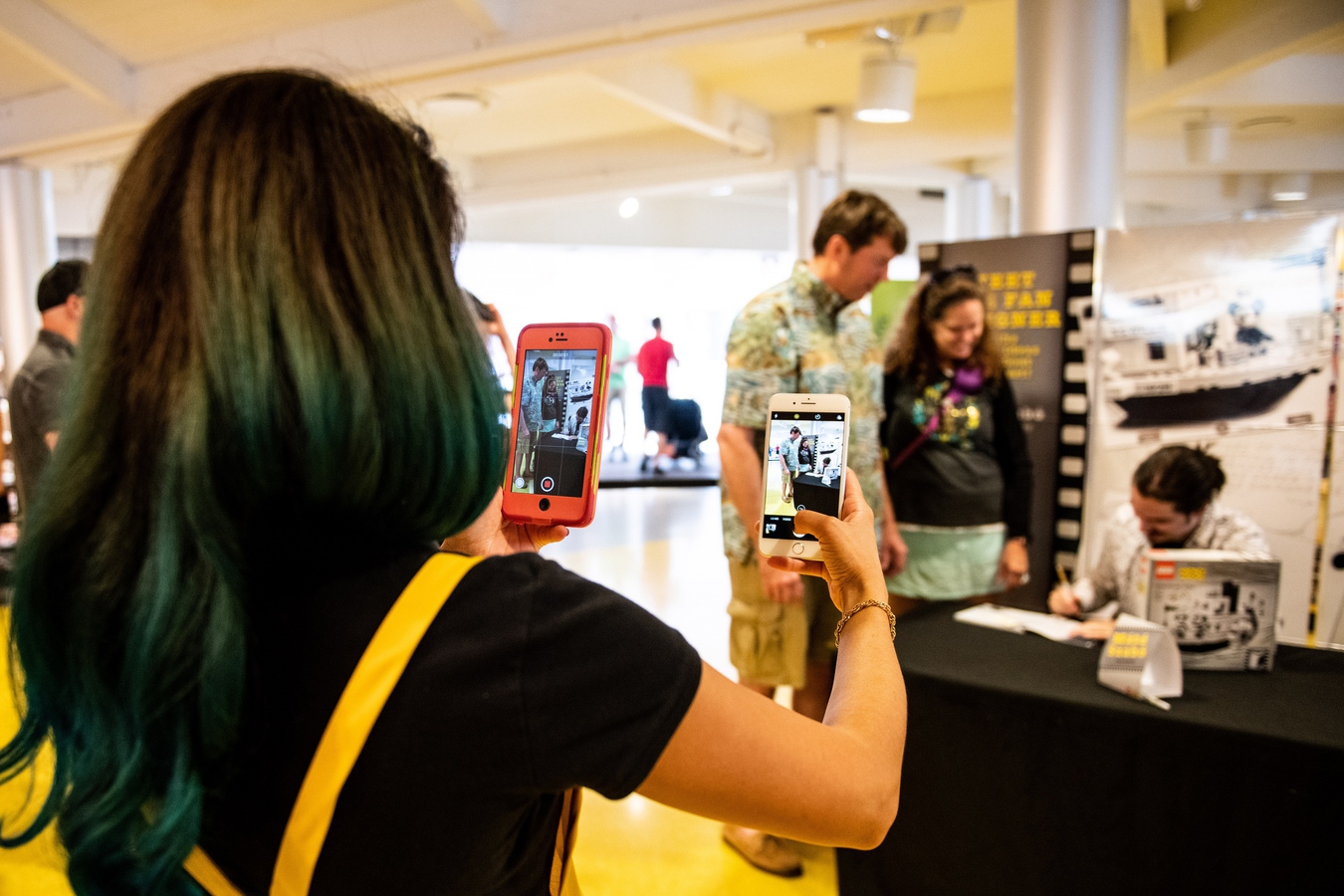 ^ Need a photo while getting your set signed? No problem! Need two photos on two seperate phones? No problem - our helpful staff have got you covered! 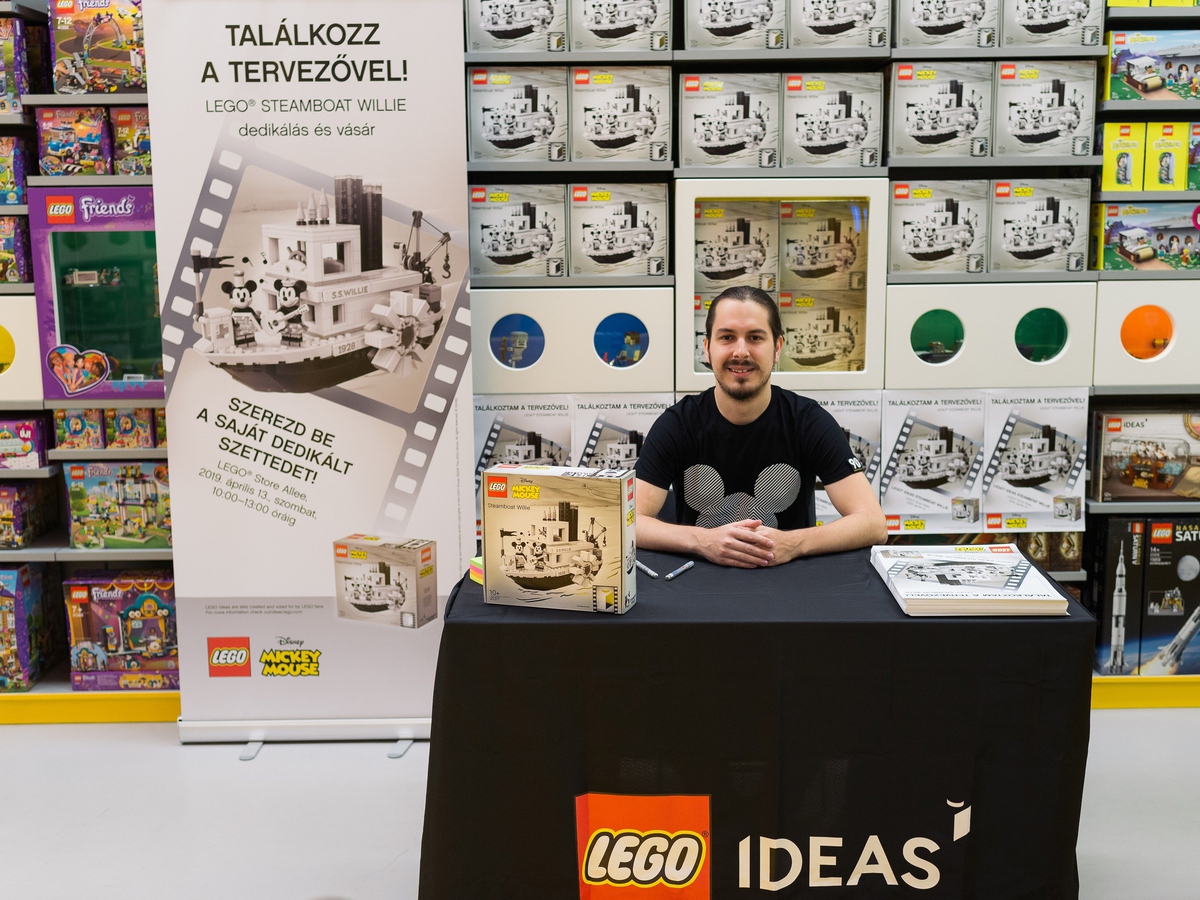 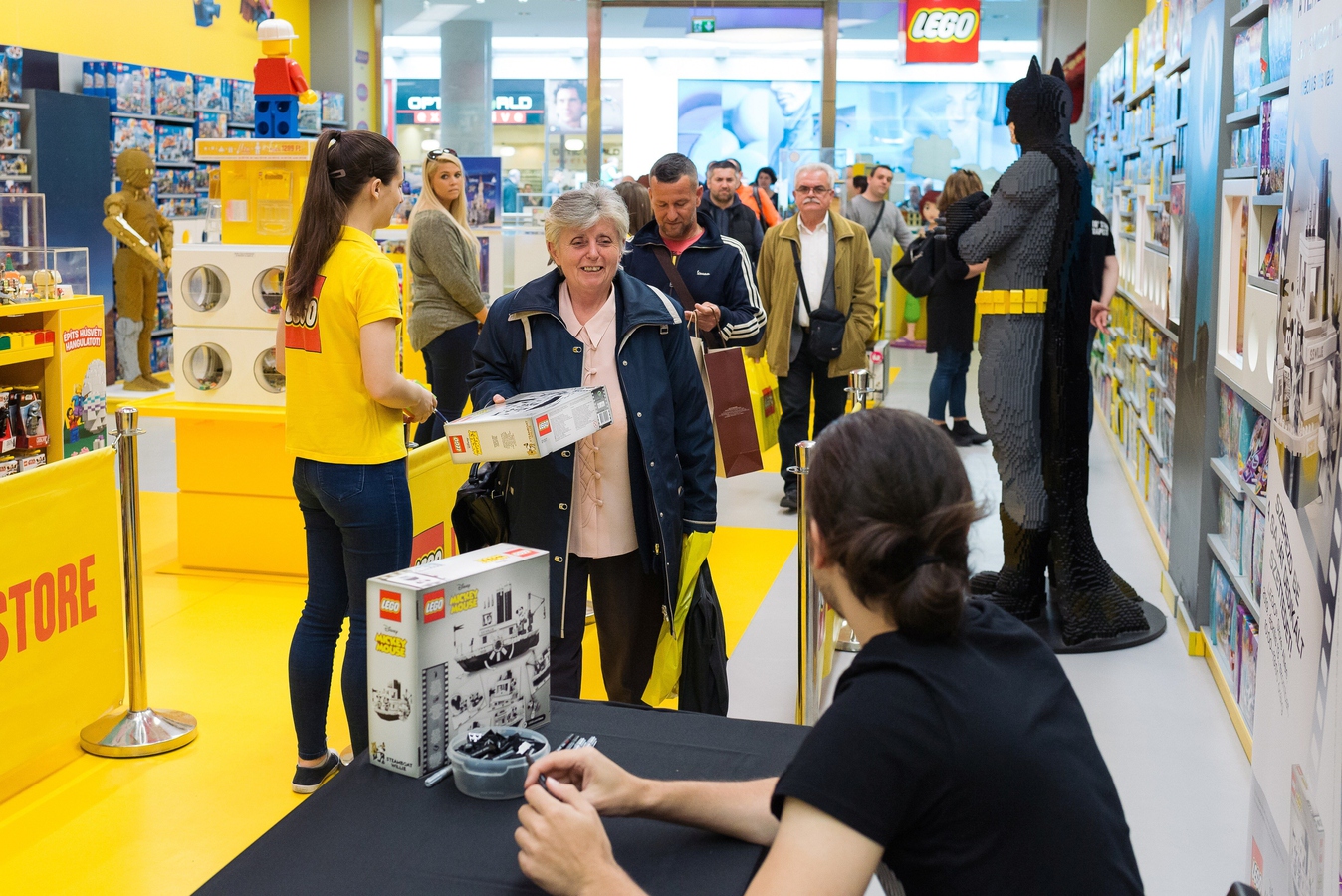 ^ Máté awaits the next fan in Budapest.