Today we share the outcome of the First 2015 LEGO Review, for LEGO Ideas projects that reached 10,000 supporters between January and May this year.

Usually we happily announce project(s) will become the next LEGO Ideas product(s), but unfortunately this time we're not able to do so. For a number of reasons, none of the projects that qualified during this period were selected in the LEGO Review; this has never happened before and we’re very disappointed to pass on this news, especially because we know the huge amount of effort each member put into creating the models and campaigning for their projects. 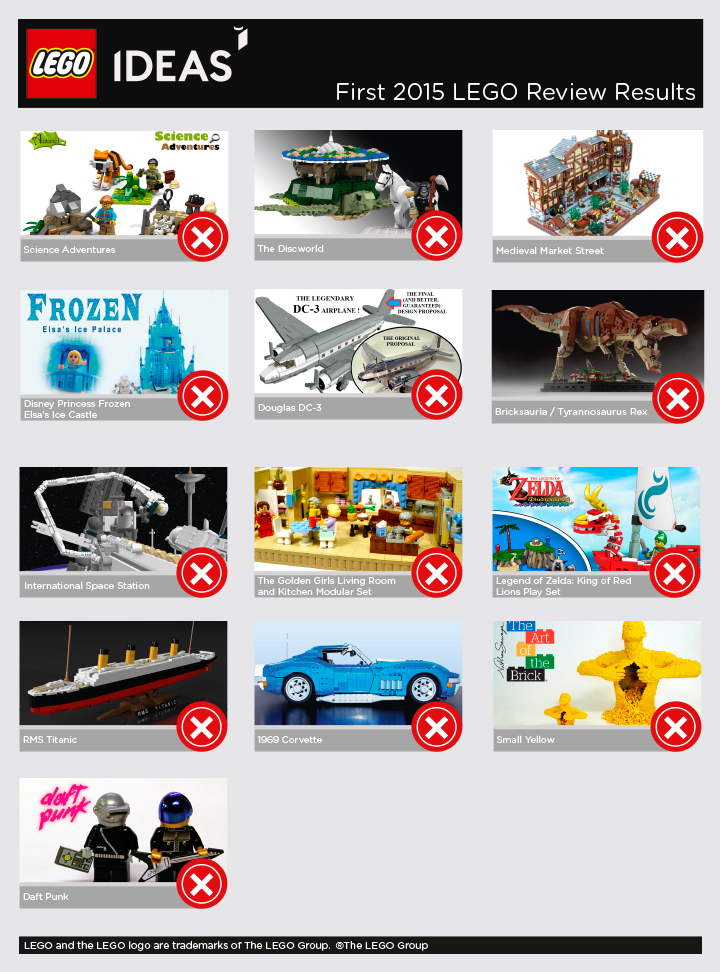 We are continuing to look at the Star Citizen project, but unfortunately the others will not be taken further. 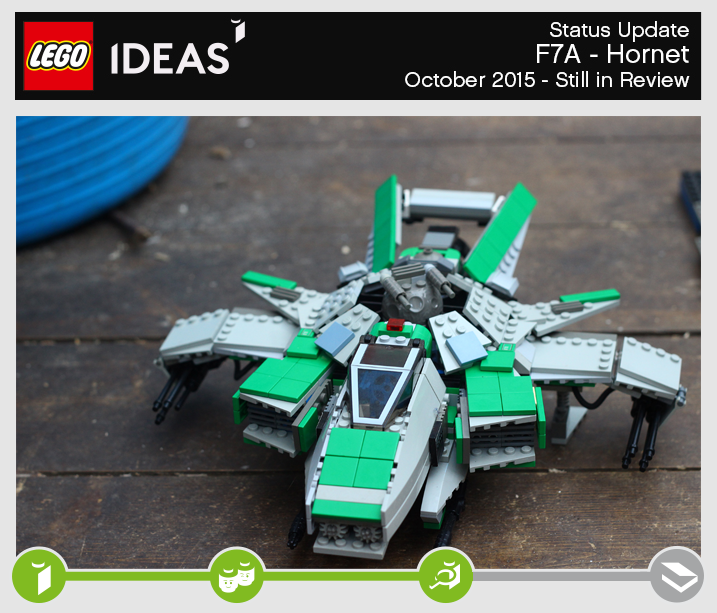 Why did these projects not pass the LEGO Review?

While we don't share specific reasons why an individual project did not pass, there are a number of reasons why projects don't make it through the review process. For example:

It is never easy to reject any project, and we are very disappointed that we couldn’t announce the next LEGO Ideas product here today.

On a more positive note, 2015 has been one of the strongest years for LEGO Ideas. This year alone we’ve seen the launch of Birds, The Big Bang Theory, WALL:E and now Doctor Who. Next year the amazing LEGO Maze will be launched through LEGO Ideas, and we’re looking at the great projects in the Second 2015 LEGO Review.

The Second 2015 LEGO Review features some strong projects and this review period is already well underway. We hope next time we can give you all the happier news of the next LEGO Ideas set! 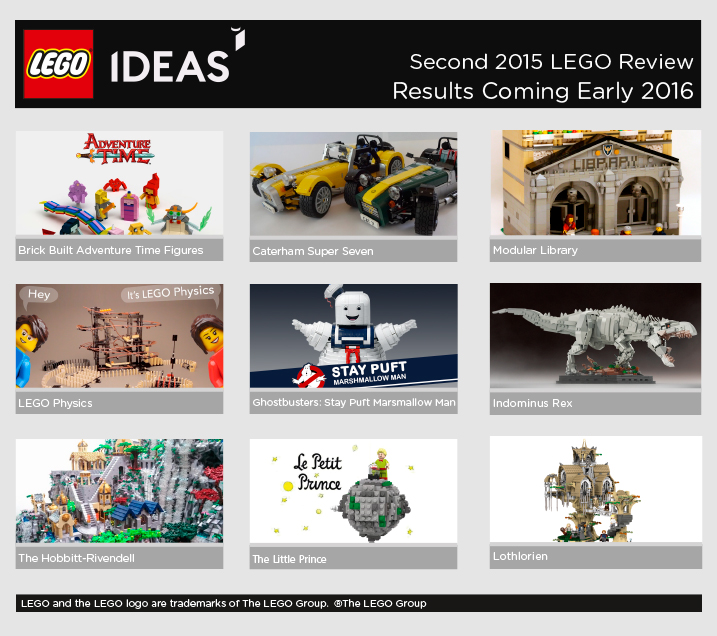