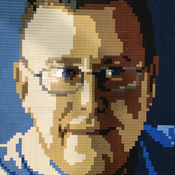 The Great Pyramid of Giza, also called the Pyramid of Khufu or the Pyramid of Cheops, is the oldest and largest of the three pyramids on the Giza plateau in Egypt. Built over 3,800 years ago, it is one of the Seven Wonders of the Ancient World. It is almost 50 stories tall and perhaps built by as many as 20,000 workers over 23 years. Concealed far inside the pyramid the Pharaoh's burial chamber was filled with treasures and items for the Pharaoh to use in the afterlife. The walls are covered with exquisite carvings and detailed paintings.

After hiking through the desert sand, you will set up camp and plan your exploration. Inside you will find false chambers and passages that would have been used to try to trick robbers in the past. Approach the Great Pyramid and see its entrance on the north face. Part way up on the northeast edge see the notch which may reveal secrets of the pyramid’s construction. Open the Great Pyramid to reveal the entrance and ascending passage to the Grand Gallery, the Queen’s Chamber and finally the King’s Chamber. Marvel at the original treasures and sarcophagus. Each of the chambers is lit using LEGO power functions.

The base camp and tent are built on a easily separable base. That allows it to be positioned in front of the pyramid, or to the side so that the dramatic scale difference can be kept in perspective. The base camp includes maps and spare supplies to equip the expedition.

This LEGO pyramid is 40 x 40 studs on its base and surrounded by sand, a small mirage, and a separable base camp for the explorer and minifigures. It is constructed with 1,830 standard LEGO pieces including 7 minifigs! The minifigs included are:

Even now the Great Pyramid continues reveal more secrets! Using muon scans, the “ScanPyramids” project has discovered what appears to be yet another open chamber never explored. This newly discovered empty space  has been named ScanPyramids’ Big Void, and more can be found at: www.scanpyramids.org

Enjoy your exploration of the Great Pyramid of Giza!

This is a continuation of the theme started with my entry in the Bricktastic Pop-Up Story contest: Treasures of Giza Pop-Up Book Insert

And please have a look at another of my IDEAS creations: Addams Family Mansion Modular