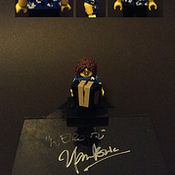 "Weird Al" Yankovic has been making humorous family-friendly parodies and original songs and preforming them since 1979. He has produced and performed hilarious hit songs like "White and Nerdy" and "Eat It", which charted at number 9 and number 12 in the US Billboard Hot 100 respectively. Al's music has also been critically- he has received three Grammy Award.

As the creators of the project, we came up with the idea as Weird Al's music videos and parodies go hand and hand with LEGO- both are timeless, fun, and appeal to people of all ages. Additionally, his concerts are an unforgettable experience combining music and comedy into a hilarious live and multimedia performance. This project will be just an idea for LEGO- if this does reach 10K, all plans will be up to them. The 1% will be donated to a charity of Yankovic's choice.

As a product, the concept is to feature around five Weird Al-based minifigures (featuring him and his costumes in flesh-tone) and a performance stage. As we progress in supporters for this project, we will introduce more minifigures. Our first concept minifigure features the 1979-1999 Al, know by many as the "80's" or "90's" Al.

We hope to introduce separate projects based on Al's numerous music videos and possibly his cult-classic movie "UHF" and television show. Additionally, we plan to make a project featuring Al and his band. It is better if they have a project separate from this.

Help LEGO "Weird Al" Yankovic become a reality, and support this project! We will try to put out a newly designed Weird Al figure as our supporters increase!

Our planned figures will touch on Weird Al's costumes from some of his classic music video like "Eat It", "Fat", "Amish Paradise", "White and Nerdy", "Smells Like Nirvana", "Like a Surgeon", "The Saga Begins", "Dare To Be Stupid", and many more!

Our first figure we would like to present is the 1979-1999 Al. This conceptual figure is based on Weird Al's look prior to 1999. We included a custom made Hawaii-shirt torso and an accordion, which are both signatures of Al and his musical career.

This particular photo shows the older accordion build. The updated version can be found below. 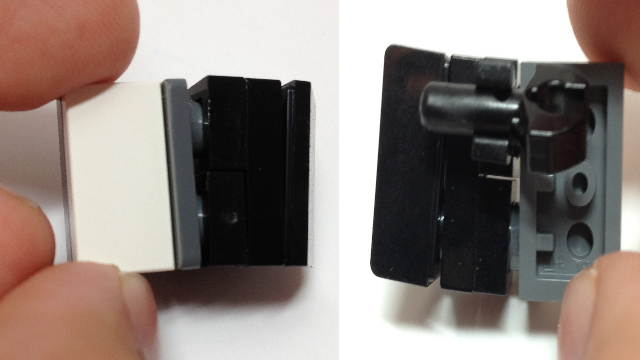 A close look at how we accomplished the updated accordion. The accordion is easy for Al and most minifigures to hold. 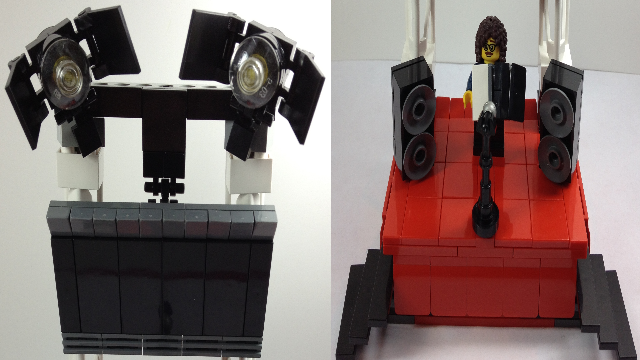 Our concept for the build is a performance stage for Al. The stage is so huge it's hard to fit it in one picture, so this shows upper part and bottom view split! 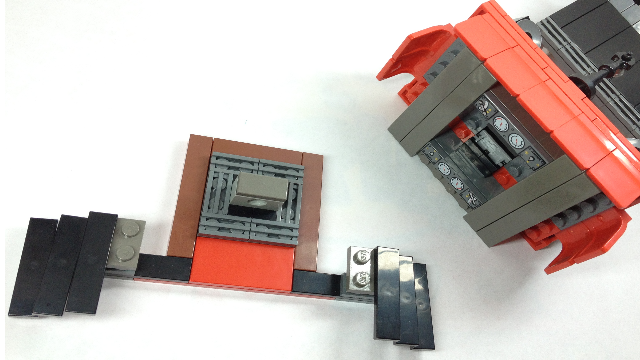