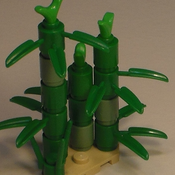 In the distant future, the brilliant Dr. Paleo has devised a way to create intelligent, genetically modified dinosaurs from reconstituted DNA. With the intention of creating a group of Dinos to aid in his fossil research, Dr. Paleo instead unleashed a group of dangerous, genius dinosaurs bent who quickly used their top minds to devise machines which would enable them to rule Earth as their ancestors once did!

Aiming to undo his mistake, Dr. Paleo returned to his lab, where he created a new batch of Dinosaurs whom he equipped with their own power suits and weapons. He called these new creations Fossil Force, and these ancient heroes have only one mission: Stop the Carnivores from taking control of the planet by any means necessary!

This project highlights one member each of the Carnivorous Three and the Fossil Force: The Ruthless Cyborg Pteranodon, Pteras and the Kind, Heroic Armored Triceratops, Tops.

Support this project to bring these two Jurassic Juggernauts to your living room!