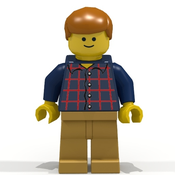 This space station may be different than you were expecting. Rather than a hub of human civilization in the final frontier, it is more like a gas station where space travelers can get food and fuel before resuming their journey.

The inspiration for this design comes primarily from a famous painting by Ed Ruscha titled Standard Station (1966). I first saw this at Getty Center in Los Angeles and was taken by its point perspective. I have tried to carry this over to my design by tilting the roof and using a triangular sign. I also used a similar color pallet. You will notice that I pasted the standard sign on my digital rendering, but this would ideally be font on 1x1 Lego tiles. 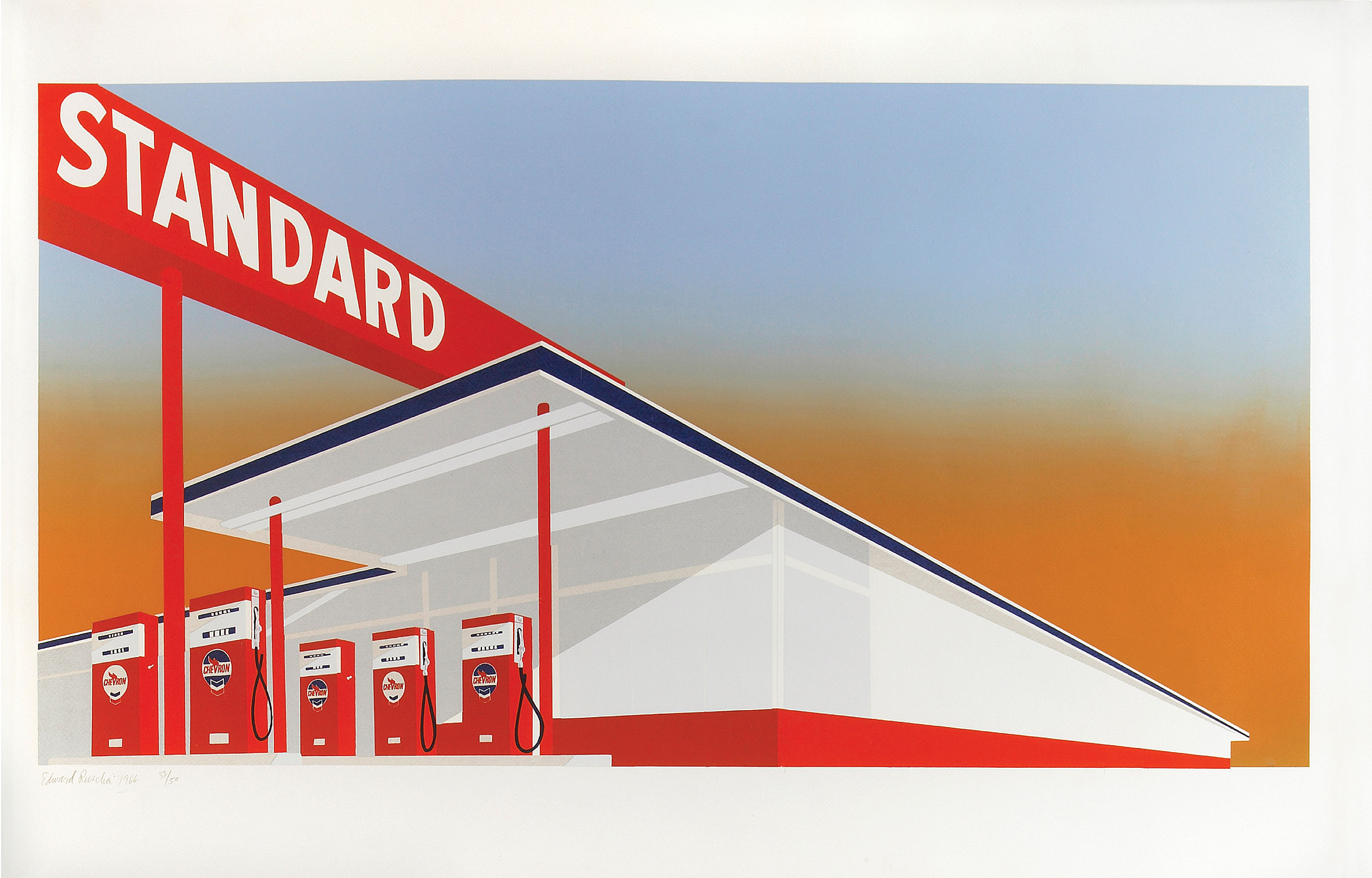 I also rely heavily on the Lego Classic Space theme. You'll note the space logo plays a prominent role in the space station. It rotates on a turntable above the station and it is analogous to many gas station or restaurant signs in the United Sates. I also used the Classic Space blue rather than the darker Lego blue for the roof line.

Beyond these I have also included 2 vehicles. These borrow from the designs of a Volkswagen Bus Pickup, and Mini Cooper. These are my Lego Ideas projects that have been modified for space. I like to think that these are classic cars modified for living in space, rather than new cars produced by the auto industry of tomorrow.

This set includes the following 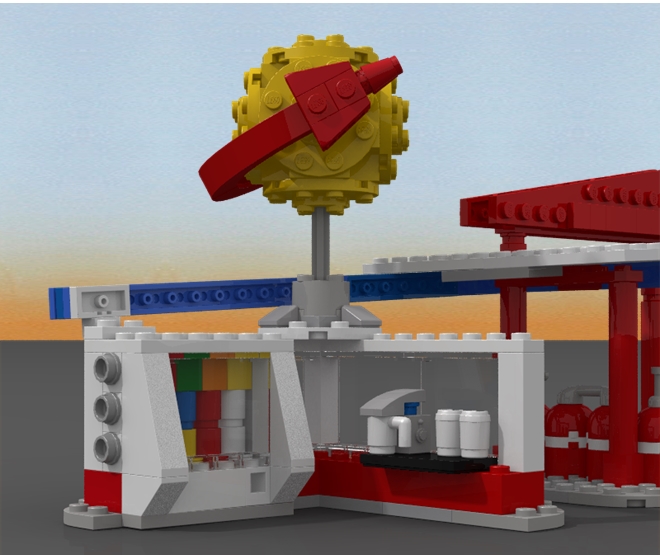 The back of the space station is open for easy access. Here you see the vending machine and coffee station. Everything to recharge a weary space traveler. 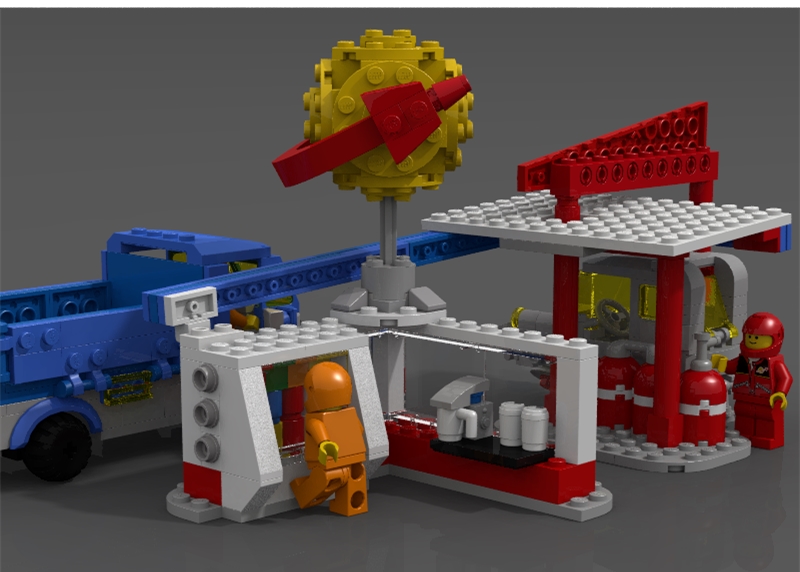 Sometimes the vending machine gets jammed. 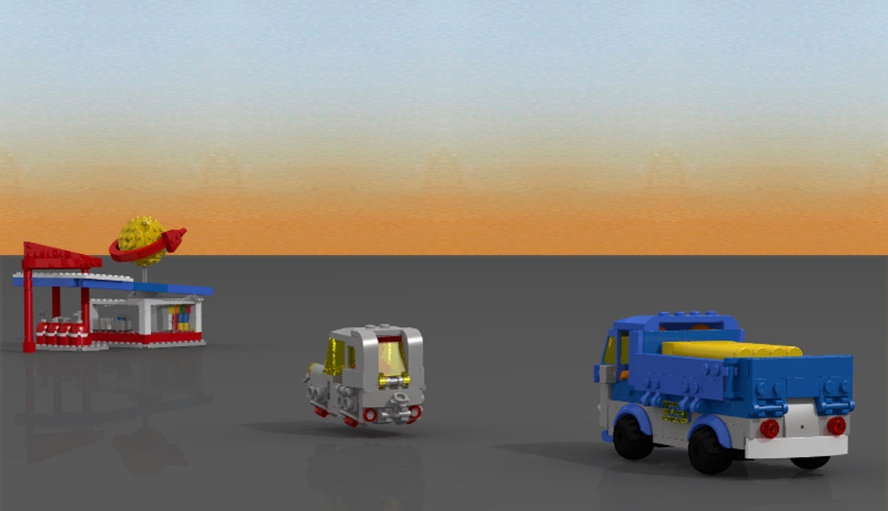 The mini-cooper has thrusters rather than wheels and is perfect for planetary commuting. The VW Bus Pickup is heavier, used for hauling, and so it retains overfilled tires. Here it is with a modest payload. 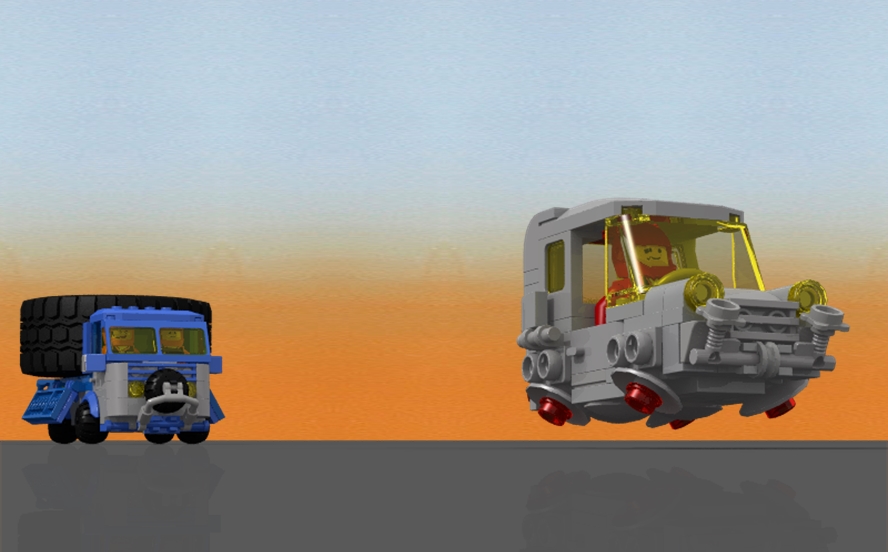