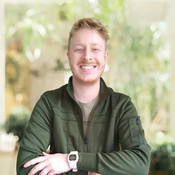 The Aston Martin Valkyrie (known as AM-RB 001 until not long ago) is an upcoming super car built in collaboration between Aston Martin and the F1 team Red Bull Racing .Its design was helped by Adrian Newey, Red Bull Racing's Chief Technical Officer and the world's most successful F1 designer ever!

Aston Martin claims that the Valkyrie, once in its final, production-ready version, will be the fastest street-legal car in the world, even faster than a F1 car! I don`t know about you people, but I would love to have this beast in LEGO form (since I probably won`t be able to afford the real thing lol)!

I designed this build following the LEGO Speed Champions formula. Doing it certainly helped to renew my respect for the designers responsible for the Speed Champions line. It is certainly no easy task to reproduce the many details of a car in such a small build! This particular build is based on the almost-production-ready version of the car that leaked on the internet just a few weeks ago. I`ll try to update the model should any different incarnation of the Valkyrie arise.

If you people have any different angle of the model you want to see, let me know and I`ll update in some new renders! Feel free to give any feedback or criticism, and thanks for your visit!