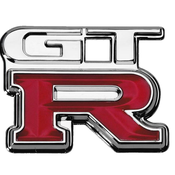 A cult classic and a powerful performance machine. The Nissan GT-R is one of the most iconic cars in Japanese history.

The Nissan GT-R is powered by a V6 3.8L Twin Turbo engine, which is speculated to produce 485hp and 588 Nm of torque.

The popularity of the Skyline GT-R grew as it started to raise eyebrows and opens minds winning various racing titles. One of the most memorable was the Group A win at the Bathurst 1000 at Mount Panarama in 1992. The win was controversial and marked an end for the turbo car era for the event.

The last Skyline GT-R rolled off the production line in 2002 and was replaced by the Nissan GT-R an independent vehicle not sold as a Skyline in 2007.

This project was set out to pay homage to this outstanding performance machine.

The project has 935 bricks including engine, seats, dash and rear wing.