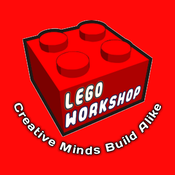 By The Lego Workshop
15 comments

This is a replica of a popular vehicle on the classic tv show called Knight Rider. Known as Kitt, this car saved the day for many people. He had been constantly shot shot at and bombed. I would have posted a Michael Knight figure to go with Kitt, but it wouldnt have fit in this picture.

I started out building a dodge challenger like the one on the Fast and Furious movies, but I realized that I had the right pieces to build Kitt from Knight Rider. It took me about half an hour to an hour to build Kitt, which indicates that it is relatively easy to build.

By The Lego Workshop
15 comments