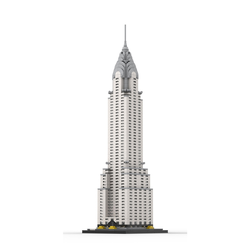 The Concorde is a British-French turbojet-powered supersonic passenger jet airliner that was operated until 2003. It had a maximum speed over twice the speed of sound at Mach 2.04 (1,354 mph or 2,180 km/h at cruise altitude), with seating for 92 to 128 passengers. First flown in 1969, Concorde entered service in 1976 and continued flying for the next 27 years. It is one of only two supersonic transports to have been operated commercially. source Wikipedia

I always had the dream to design this beautiful plane as Lego model and here it is. This model contains a removeable roof, working doors, working flaps, a working nose and movable parts on the back of the engines. It is fully compatible with Lego Minifigures, the captain has to lay down a bit, but then he fits inside. ;) There is also a lego technic landing gear system that is as close to the original as possible, but sadly not retractable for stability reasons. The model contains 1344 parts. If you like my project please support it. :)