Link and Zelda vs. The Gold Lynel 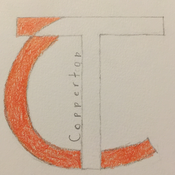 By Coppertop32
36 comments
Calling Hyrule's greatest!
A Gold Lynel has been spotted causing havoc near Hyrule Castle, and the King has sent Link and Zelda to go put an end to its rampage! If they slay the Lynel, they may get a small reward as well...
If Link is ever too cowardly to confront this mighty beast, he has the option to hide behind a rock for cover to get his bearings. Or, he can hop up on its back to get a few good hits in from there. Quickly Stasis the Lynel with Zelda's Sheikah slate to dodge a swing from its Savage Lynel Crusher. Defeat this monster, and you could receive a shiny diamond as a victory prize!
This set comes with the Knight Who Seals the Darkness, Link, Princess Zelda, and their weapons (sword, shield, and Sheikah slate). The builds are the ferocious Gold Lynel, its weapons (Savage Lynel Crusher, Savage Lynel Shield, and a bow), a rock, and a raised platform with a treasure chest on it.
I really enjoyed playing through the "Legend of Zelda: Breath of the Wild", and am even playing through it a second time. I had the inspiration to create the Gold Lynel for its ferocity in combat, and its all around difficulty to defeat. It's one of the toughest enemies to beat in-game, but that's only you have the Master Trials DLC.
I hope you all enjoy this brick-built rendition of one of Hyrule's fiercest foes!