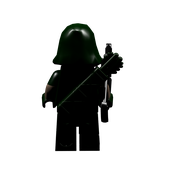 The Flash is running out of time to save Central City from the threat of the Reverse-Flash, and he needs your help in this special LEGO collection featuring all of the iconic set elements of S.T.A.R. Labs as seen in the hit CW show ‘The Flash’.  Assemble Team Flash and bring to life all of your favourite scenes with the various components included.  In a flash, you can switch Barry into his superhero costume to fight crime as the Scarlett Speedster, with the help of Caitlin Snow, Cisco Ramon and Harrison Wells back at base. Joe and Iris West are also along for support.  But watch out!  The Reverse-Flash is wrecking havoc once more, and he may be closer to the team than they know…  Whether it be briefing for a new mission, analysing evidence, or simply training to truly become the Fastest Man Alive, you’ll find everything you need to save Central City in this show-accurate model.