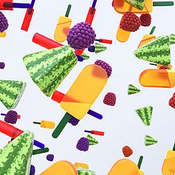 By Da mangos
67 comments
'A Travellers Guide to More Vacation Relaxation.' A book on the features of the model 20th Century Limited complete with history and illustrations! Download your FREE copy here!

Based on the 1938's 20th Century Limited, this LEGO model is around 1600 bricks and 5 Minifigures. The model train has Art Deco streamlining on the engine, New York Central branding on the tender, first-class coach, and an observation car to round off the rear. Removing Sections of the train reveals room for an Engineer in the cab, seating for the passengers, a lavatory, and accessibility for a motor and battery box in the engine and tender respectively.

1902, a steam train named 'The 20th Century Limited' has just left New York and is heading for Chicago! Filled with eager passengers, the 20th Century Limited makes headlines as it arrives 3 minutes ahead of schedule! Compleating the trip in just 20 hours, it is faster than its competitors by 4 hours!

Fast forward to 1938, and Henry Dreyfuss (the product designer behind Hoover) gets hired by New York Central (the company who owns the 20th Century limited) to design a set of Art Deco, streamlined, steam trains in the colours of New York Central (grey and blue). Being advertised as The 'NEW 20th Century Limited' and reaching speeds of 110 miles per hour, these NEW trains decrease the distance between New York and Chicago, reducing the journey to 16 hours! Complete with red carpet treatment, the NEW 20th Century Limited Generates more excitement than a child at a sweet shop! Never before has 16 hours been so luxurious!

By the late 1940s, steam engines are getting fazed out in favour of diesel locomotives. What does this mean for our streamlined beauty? Tragically, by 1957, all units were scrapped! None of the steam engines survived. Then on December 2nd, 1967, a diesel train going under the name '20th Century limited', left New York for Chicago for the last time. It was then when the 20th Century Limited died.

Hence, to remember the iconic trains of the past. I created this project to pay homage to the 20th Century Limited and all its streamlined glory. Please don't let this astounding piece of art deco design and 1930s engineering get lost in the history books. Therefore, I kindly ask you to show your support for this project and share it with your friends! Thank you for your support!