By Xendor
3 comments
For years, you have seen many ships called the Flying Dutchman based on the movie Pirates Of the Caribbean. Well, I am here to give you a new ship. She is riding above the waves, with a green fire burning on her for eternity. Cursed for daming the Lord, Captain Vanderdecken and his crew are forever to sail the seven seas. However, two living creatures were spared the curse, a boy and a dog. These two were blessed with the ability to give hope to others in need. However, they are not in this set. Here, we have a cursed ship, with no sails, dark as night with rot, an unearthly flames burning all over. With Captain Vanderdecken at the wheel, his crew have no where to go. Forever, they sail, their skin a deathly pale. Never will you see a ship as ghostly as this one. 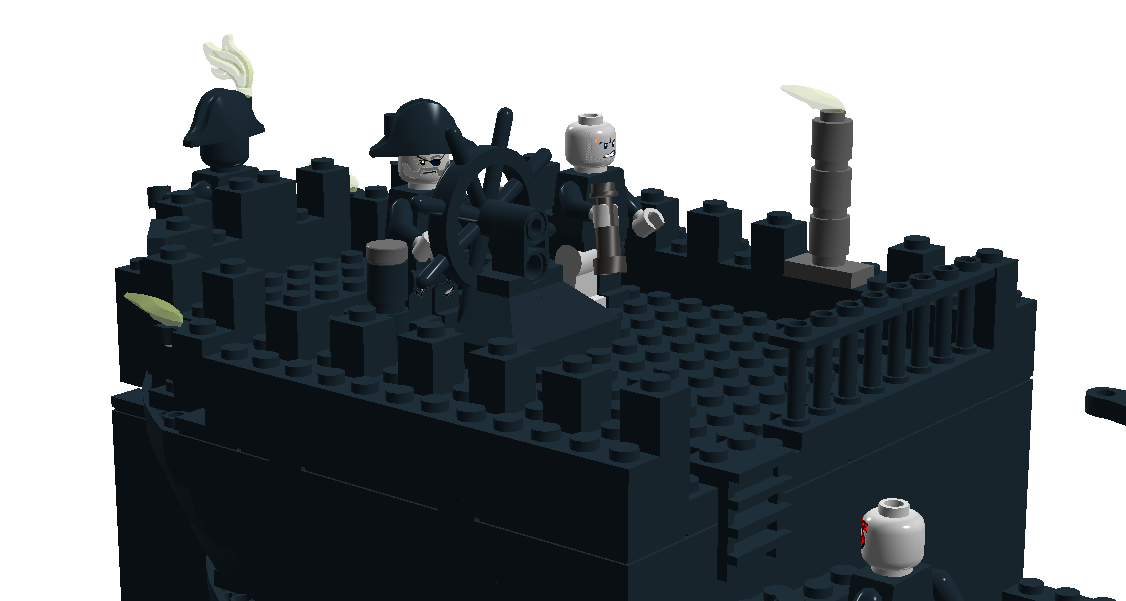 This ship is based from the book series, Castaways of the Flying Dutchman. She comes with Captain Vanderdecken, and four of her dead crew. No sail flies this ship, and plants of the sea hang on the side of her.

Here are the rest of the images. 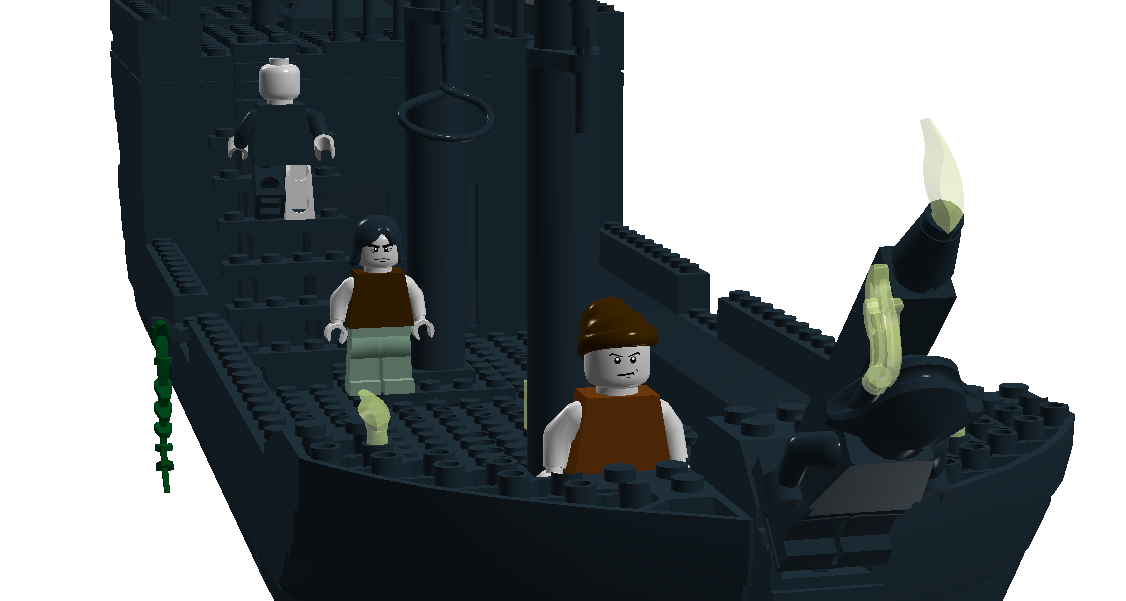 The crew on the deck, with the wooden Dutchman statue on the nose. 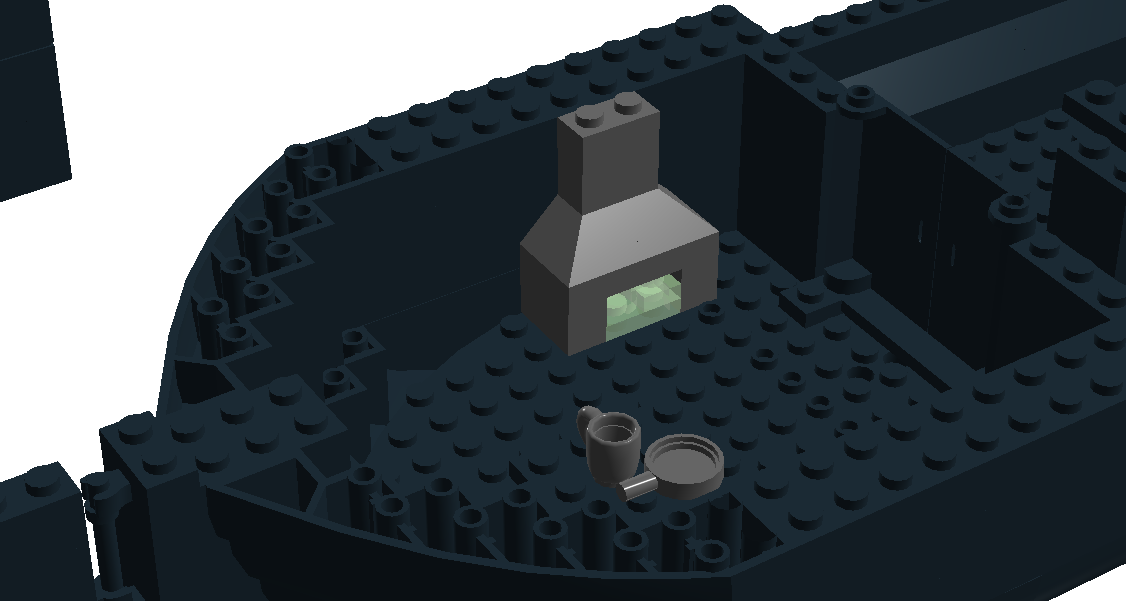 The kitchen. The fire in the fire place is now a ghostly, unearthly green. 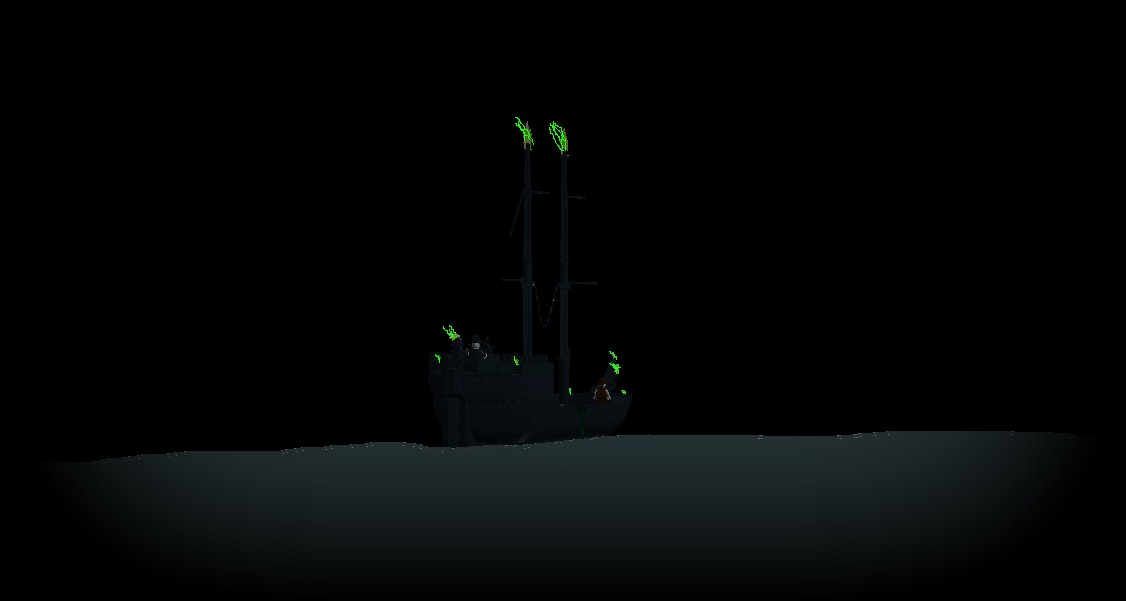 There she goes, off to sail the seven seas for eternity. Be wary. It is said that wherever this ghost ship is seen, death and trouble soon follow.