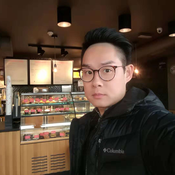 Daitetsujin 17 (大鉄人17) is a 1977 tokusatsu series created by Shotaro Ishinomori and produced by Toei. It revolves around a giant battle robot commanded by a young boy who fights the giant robots of an evil organization bent on world conquest.

Brain is the world's greatest computer, and also the most intelligent being on planet Earth. One day, Brain decides to abandon its terrestrial moorings, and it's up to The Defenders to track it down. Unfortunately, Brain has developed an amazing army of deadly giant robots, including one with a huge "17" emblazoned on its chest-plate, with which it plans to subjugate its creators. A young boy whose family was killed by Brain's followers manages to activate Daitetsujin 17, which thereafter comes to his rescue whenever he is in danger from Brain's minions.

It is my second time to use Japanese Designed Robot as the theme of Lego Ideas project. Building transformable robot by using Lego is great challenge, since bricks do not only need to fit the shape but also the movement. It is a real fun since using different bricks can give you unlimited possibilities.

If you like my work, please a give vote. Thanks for your support on my project. Thank you!