I do not want to bring nor LEGO Metroliner neither 9V-system back. I just tried to build a classic with modern style.

"Metroliner" Talent, two names, two trains. In this project I have tried to make a reconsideration of an old classic and mix the well-know train with present-day's modern electric motor units. For train fans: this modell uses Jacobs-boogies to connect the train's sections. It is also at least 75% low-floor train, with non openable, but more modern train doors. The old Metroliner wasn't low-floor vechile, and had traditional train cars. Using the trans-black panels, building a white, modern doors gives a dynamic look to the train.

Important aspect I tried to keep in sight by building:

1. Use only present-day produced bricks to build this modell, so the old grey had to gone. However, I really tried to give back the color-scheme of the original Metroliner, there were some problems with this. First of all, the front element of the train is only produced in Dark Stone Gray, so I decided to paint all bricks under the color lines DSG.
2. Playability and easy to build: It's not an extremly SNOT-ting MOC, it's only a 6W train. Minifigs can use most of the seats, the roof is easely removable to take passangers out from the train, or take them in. However, the train uses Jacobs-boogies (shared boogies between cars), it could be easely extended by adding one boogie and one middle-section.
3. Size: It's not worth to make a giant modell in the LEGO CUUSOO project.
4. Motorize the EMU: it could be equipped with LEGO Power Functions or with old 9V motors, too. 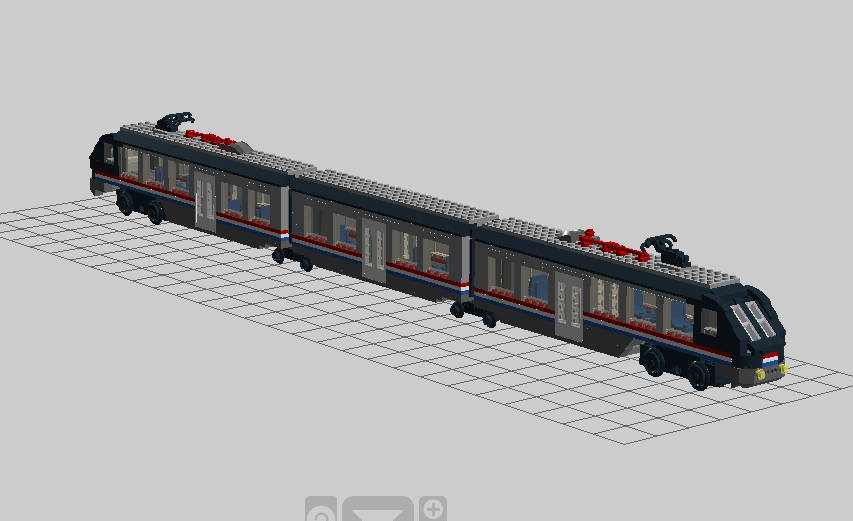 This picture shows the entire train. 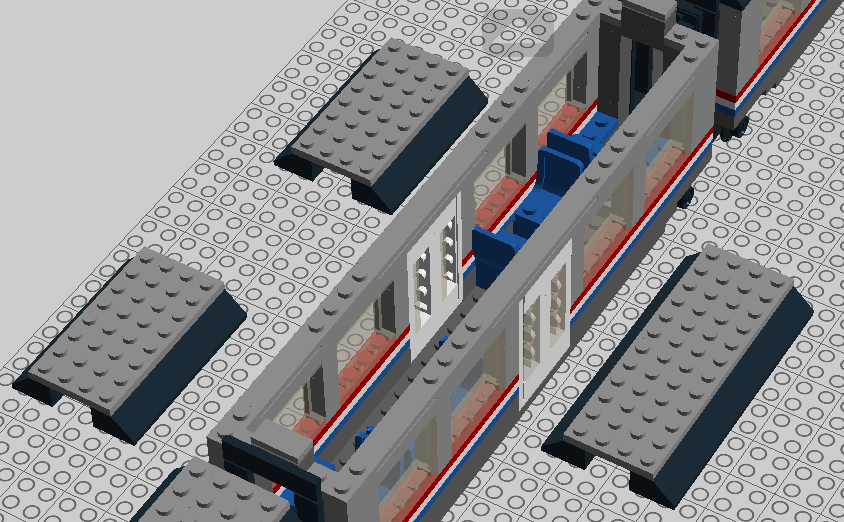 Easely removable roof and chairs next to the windows.