As of now, both Avatar-related Ideas projects that reached their goal ahead of this one have been rejected by LEGO. Without knowing the exact reasons why it's impossible to say how this effects the chances of this project being approved, but it does tell us one thing. This project is now our best shot for LEGO Avatar sets!
For now, I'm going to operate under the assumption that LEGO simply wasn't convinced in the potential that the Avatar series has. And I endeavor to convince them otherwise. Especially now that we have the announcement of Avatar Studios, and with the trajectory of this project a resulting set would likely release just shortly before the newly-announced animated movie and the live action Netflix series should this project be approved. It's about as perfect as it can be!
As such, I've updated this project with new renders. No major changes, the old ones were just rather washed out and these new ones look much better!
Thank you all for your support thus far! As of this post we have just over 1,000 supporters left to go!
On Jul 30, 2020

We're officially halfway there!  I'm so excited to see this project doing well, thank you all soooo much for your support!!

As promised, I have another "set" to show off!  Again, these are not a part of the project itself, but they are a fun little exploration into what a full-blown Avatar line could look like! 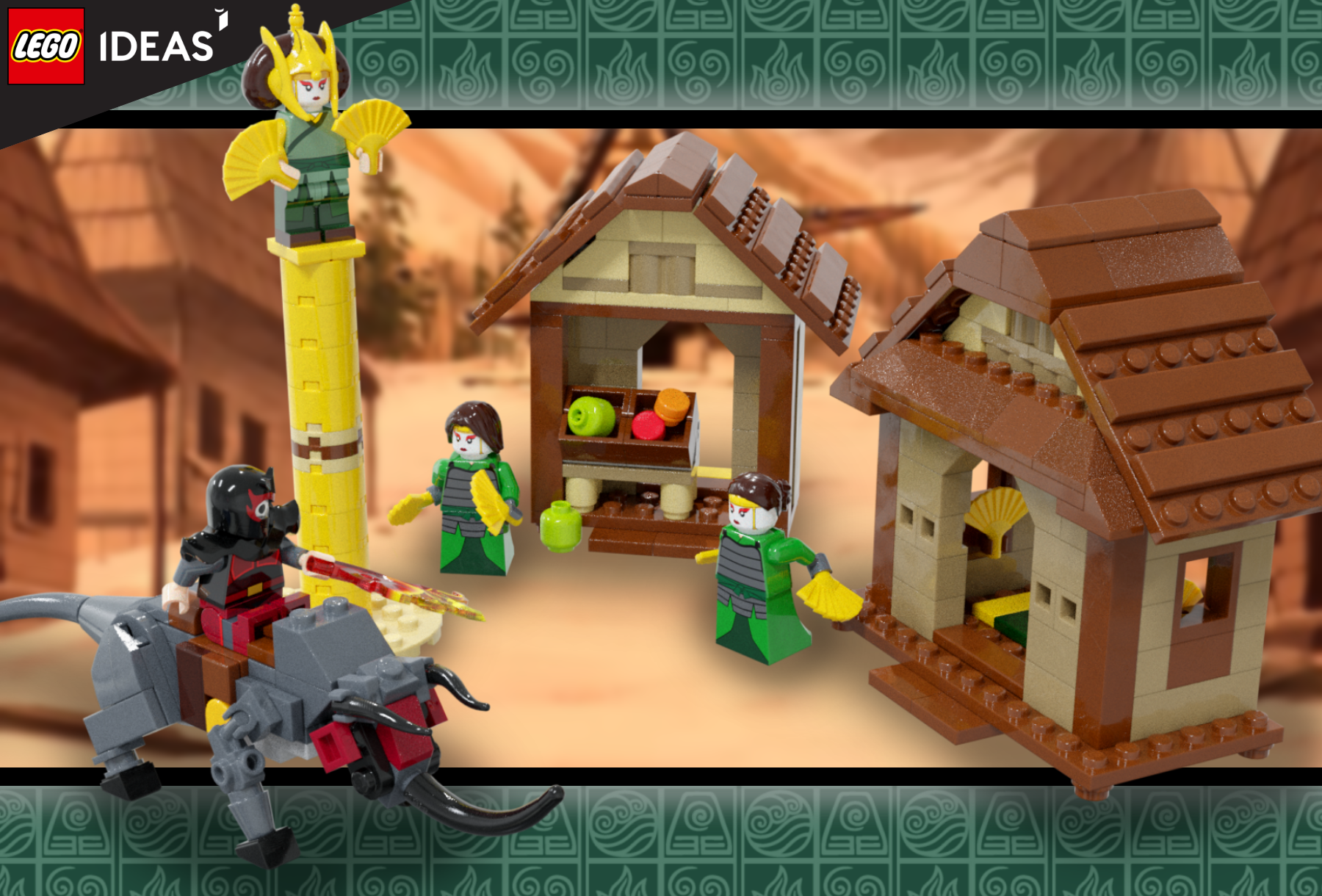 Today we have Kyoshi Island!  This set contains 319 pieces and would likely retail for $34.99 to $39.99 USD.  It contains four figures: Avatar Kyoshi, Kyoshi Warrior, Suki, and a Fire Nation Soldier.  The set itself features a small portion of Kyoshi Island, plus a Komodo Rhino!  While ideally some of these figures would require new molds, I tried my best to replicate them with what was available. 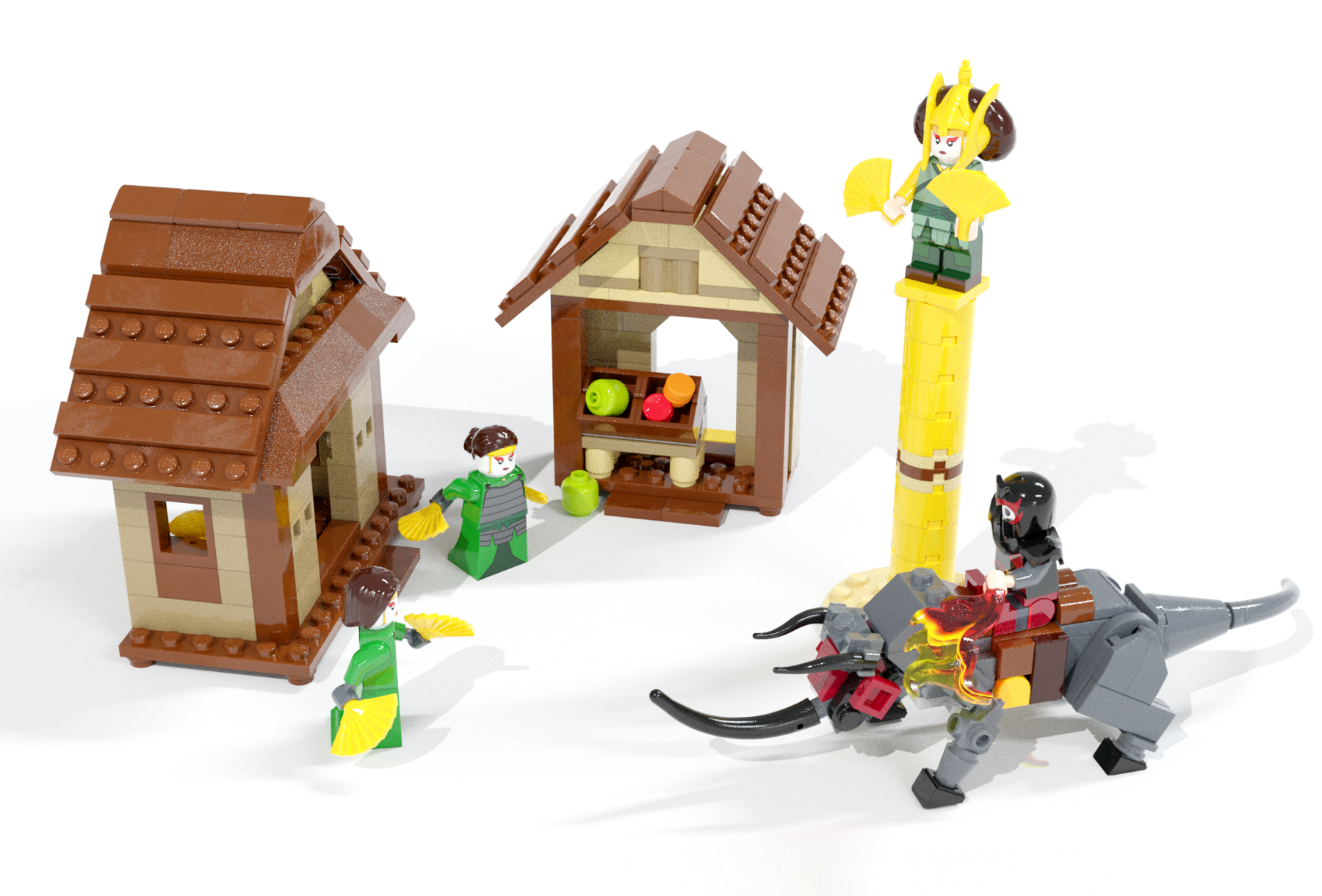 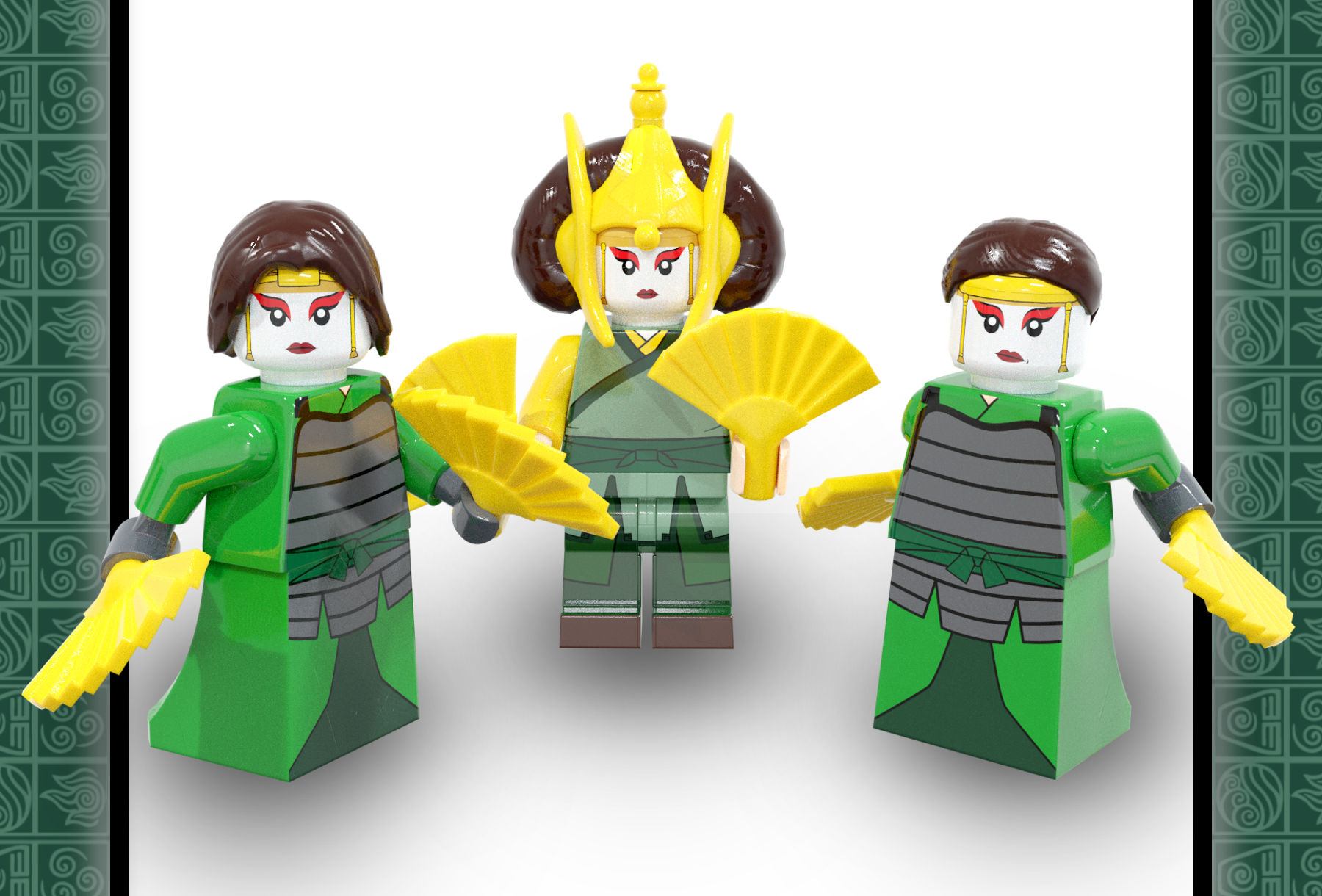 Let me know what you think!

Thank you everyone so much for your support of this project.  We've not officially reached 2,500 supporters, and are thus 1/4 of the way to 10,000!  I have a little announcement to celebrate this milestone!

To go along with this Ideas project, I've been working on my own take on what an ATLA LEGO theme would look like, just to show off how great it would be.  My first "wave" will be focusing on Book One, with two additional waves after that for the other books!  To start things off, here's the first one, a small polybag set named "Cabbage Cart"! 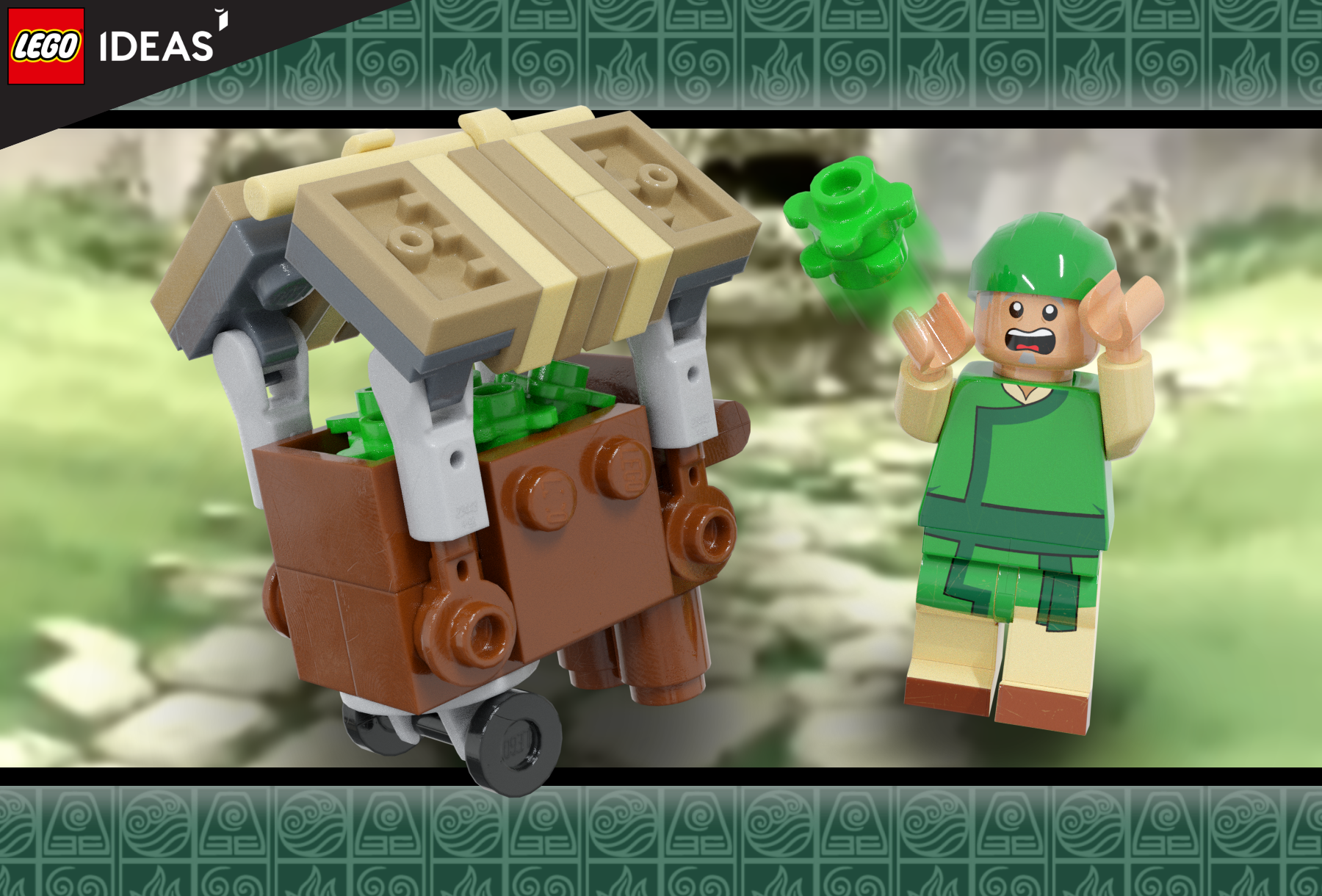 The set uses 53 pieces, and would theoretically sell for $5.  It also includes one minifigure, the Cabbage Merchant!  Next up is Kyoshi Island, so stay tuned!