The Lord of the Rings Sauron's Fortress Barad Dur 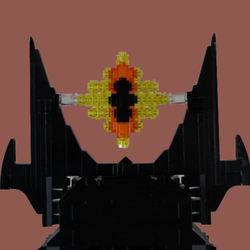