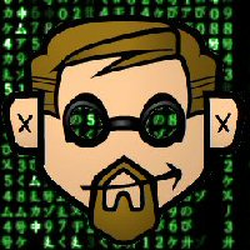 The Luggage is a fictional object that appears in several of the Discworld novels by Terry Pratchett. It is a large chest made of a magical, intelligent plant. It can produce hundreds of little legs protruding from its underside and can move very fast if the need arises. It has been described as "half suitcase, half homicidal maniac"
Its function is to act as both a luggage carrier and bodyguard for its owner, against whom no threatening motion should be made. The Luggage is fiercely defensive of its owner, and is generally homicidal in nature, killing or eating several people and monsters and destroying various ships, walls, doors, and other obstacles throughout the books. Its mouth, the feature often remarked upon by those it is about to consume, contains "lots of teeth, white as sycamore, and a pulsating tongue" The inside area of The Luggage does not appear to be constrained by its external dimensions, and contains many conveniences: even when it has just devoured a monster, the next time it opens the owner will find his underwear, neatly pressed and smelling slightly of lavender.
One of the greatest features of The Luggage is its ability to follow its current owner anywhere including such places as inside its owner's mind, off the edge of the Disc, Death's Domain, inside the Octavo, the Dungeon Dimensions, and even (literally) to H*ll and back. Like all luggage, it's constantly getting lost and having to track its owner down. It has only one way of overcoming obstacles, and that is by simply ignoring them and smashing a hole through them.
This could also double for a D&D Mimic, but it was based on The Luggage from The Discworld.  What I would REALLY like to do with this is find some way to make the tongue and feet retractable!