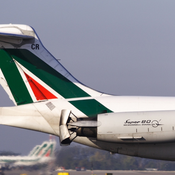 By bogich83
22 comments
Ar Men ("the rock" in Breton) is a lighthouse at one end of the Chaussée de l'Île de Sein, at the west end of Brittany. It shares its name with the rock on which it was erected between 1867 and 1881.
Ar Men is one of the best known lighthouses because of its isolated situation and the considerable difficulties its construction has presented, and the danger in evacuating its personnel. Considered as one of the most challenging workplaces by the community of lighthouse keepers.
The set reproduces Ar Men in its most current state and consists of 1160 pieces.
It does not require particular pieces or colors, while stickers are needed to reproduce the name of the lighthouse on its structure.