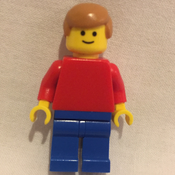 To celebrate the 40th anniversary of Raiders of the Lost Ark for 2021 I have created a rotating triple film set featuring my three favourite scenes.

Set 1: ‘Nobody has ever come out of there alive.’
At the start of the film Indiana Jones and his so-called friend go into the cave. After stealing the gold totem the huge round stone starts to roll…

Set 2: ‘See you tomorrow Indiana Jones.’
Indiana Jones goes to Marian’s bar and tries to buy the Headpiece off her but there is an unexpected arrival…

Set 3: ‘Snakes, why does it have to be snakes?’
Into the well of the souls goes Indiana Jones. Soon Indy and his friend Sallah find the Ark...

Have fun acting out different scenes. Or go behind the scenes: be the director running the show, operate the camera or the boom, or be the hairdresser doing the star’s hair.
This set contains the main triple film set, six supporting models, and 11 minifigures with fun accessories.

I think this project would make a great LEGO set, with lots of playability, iconic characters and great adaptability. You do not have to keep this film set the same - get creative and change it to your own blockbuster!

I hope you like it as much as I do. I would be really pleased to know what you think of it. And also please check out my other projects. What's it going to take to get 10k supporters?! Thanks :)