Game Night In The Basement 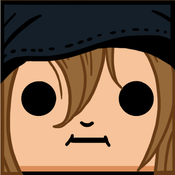 Remember that time, when you played board games and RPG with your friends for hours ?
This Lego Idea gives you the possibility to relive that moment !

Build a classic basement with stairs, a washing machine and even an old broken TV.
Then add a table, put the game on it, take some dices, gather your friends and be ready to live wonderful adventures as a powerful warrior, a deadly ranger or a mystic wizard under the spell of the game master.

This set is based on the nostalgia of the Dungeon and Dragon era where you just needed your imagination to create stories and marvelous lands, even in the most classical basement.

The board game is made to be customizable, to modify  the mini-characters as you wish, change the map and the buildings. With lots of dices and coins in the set to be put on the table. (But LDD won't let me put them in ).

4 minifigures with their in-game characters outfits.

A board game with the mini-characters, buildings, flat plates for the map, dices and coins.

A Gamemaster's screen with all the informations needed to control the game.

A washing machine, an old TV, some boxes (including an openable one to put the game in it ) and a spider, classic basement stuff.

Thank you  for your support, Hope you will like it and I am  waiting for your comments !