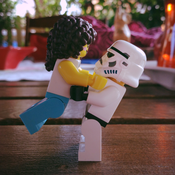 By pinar
4 comments
Asterix is originally a French comic by Goscinny & Uderzo. I used to love reading them as a child, and after surfing around here for a while, I realized that it would be fun to create minifigures of them. Here are some of the main characters, Asterix, Obelix, Getafix, Vitalstatistix, Impedimenta, and the Geriatrixes. I may add more characters later. Hope you like them! 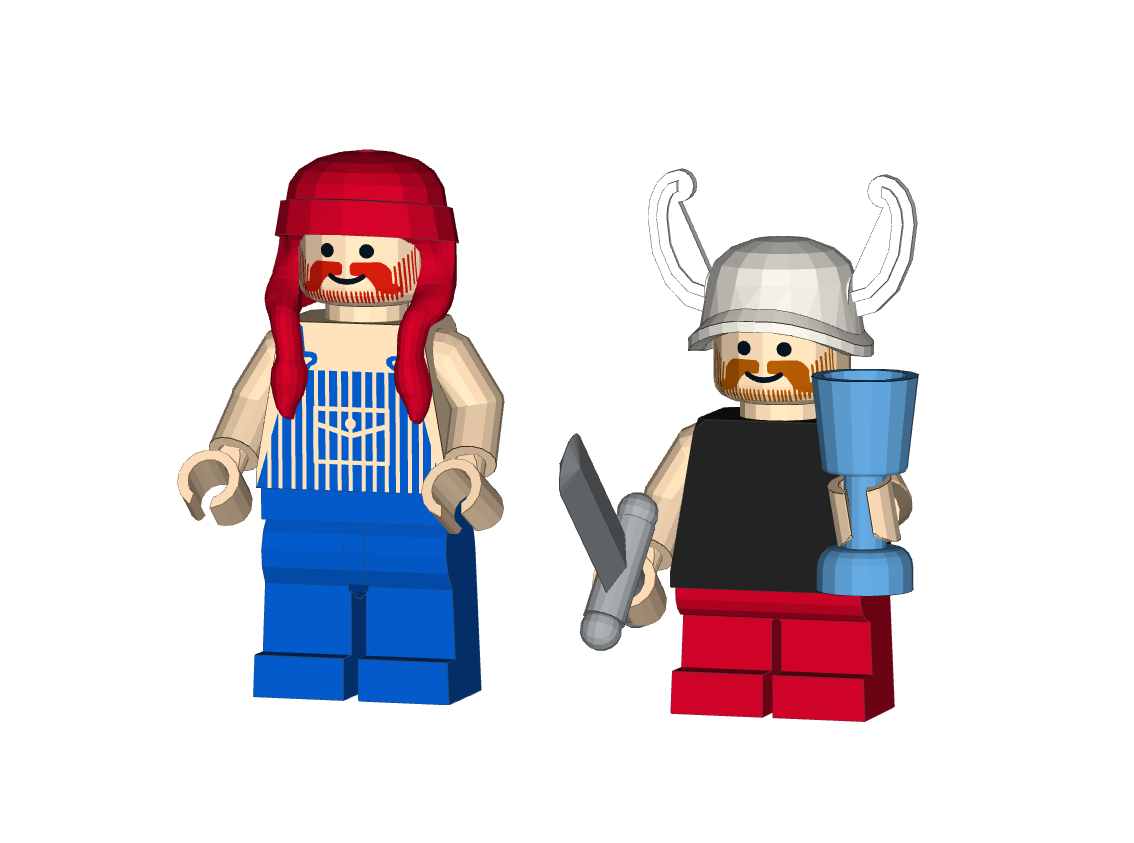 Well, I found out about another Lego modelling software, Bricksmith, and tried another version of Asterix & Obelix with it. I was really excited about this project, but it seems that I don't know much about improving :/ Oh well...

Asterix with his sword and super strength potion,

Obelix with his menhir and the unforgettable Dogmatix,

Getafix, the village druid with his sickle and cauldron in which he brews potions. 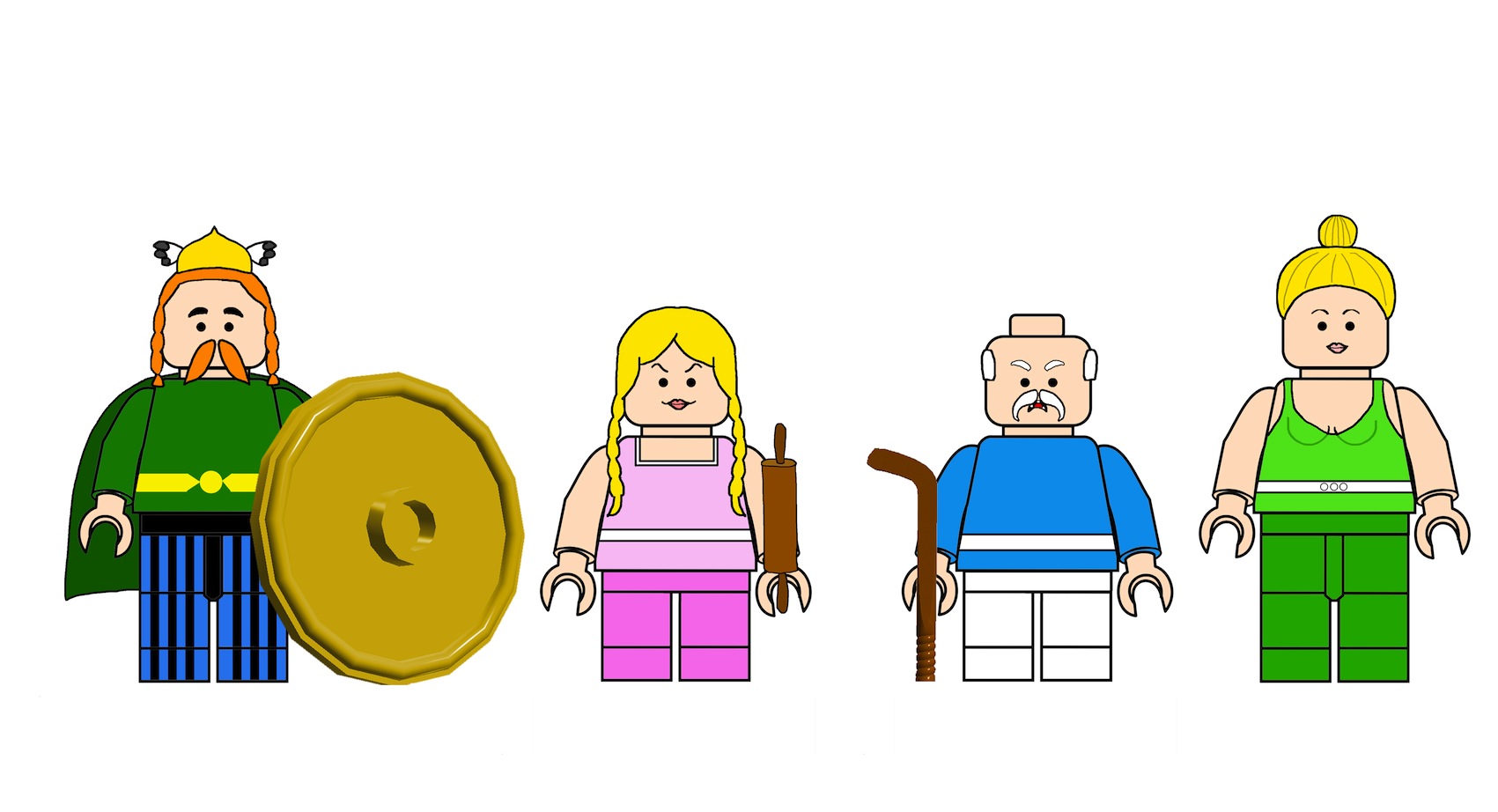 Vitalstatistix is the chief of the village. He is usually carried on a shield by two of the village people, and that would be that shield in his hand.

Impedimenta is the wife of the chief, Vitalstatistix. She's kind of controlling, as it can be seen from the rolling pin in her hand :)

Geriatrix is the oldest man in the village and his wife is the beautiful young lady. Although (in the comics) she is half her husband's age, they are happily married. 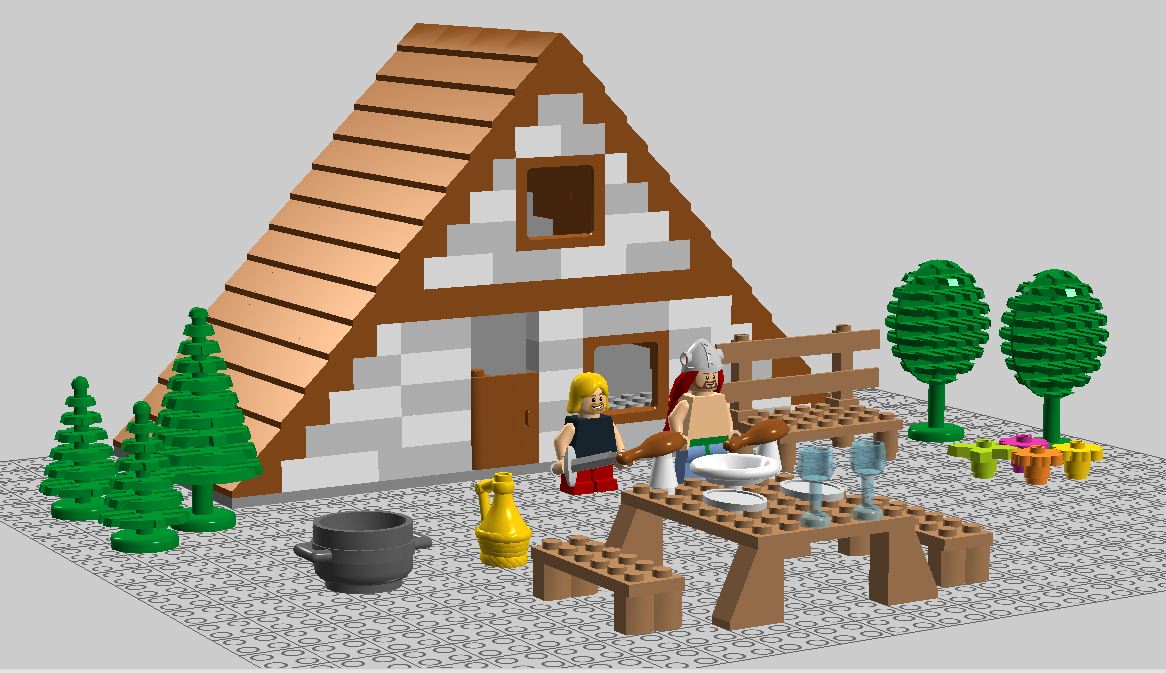 Asterix's house with some accessories. All are done in Lego Digital Designer, so the minifigures are a bit different than my original designs. 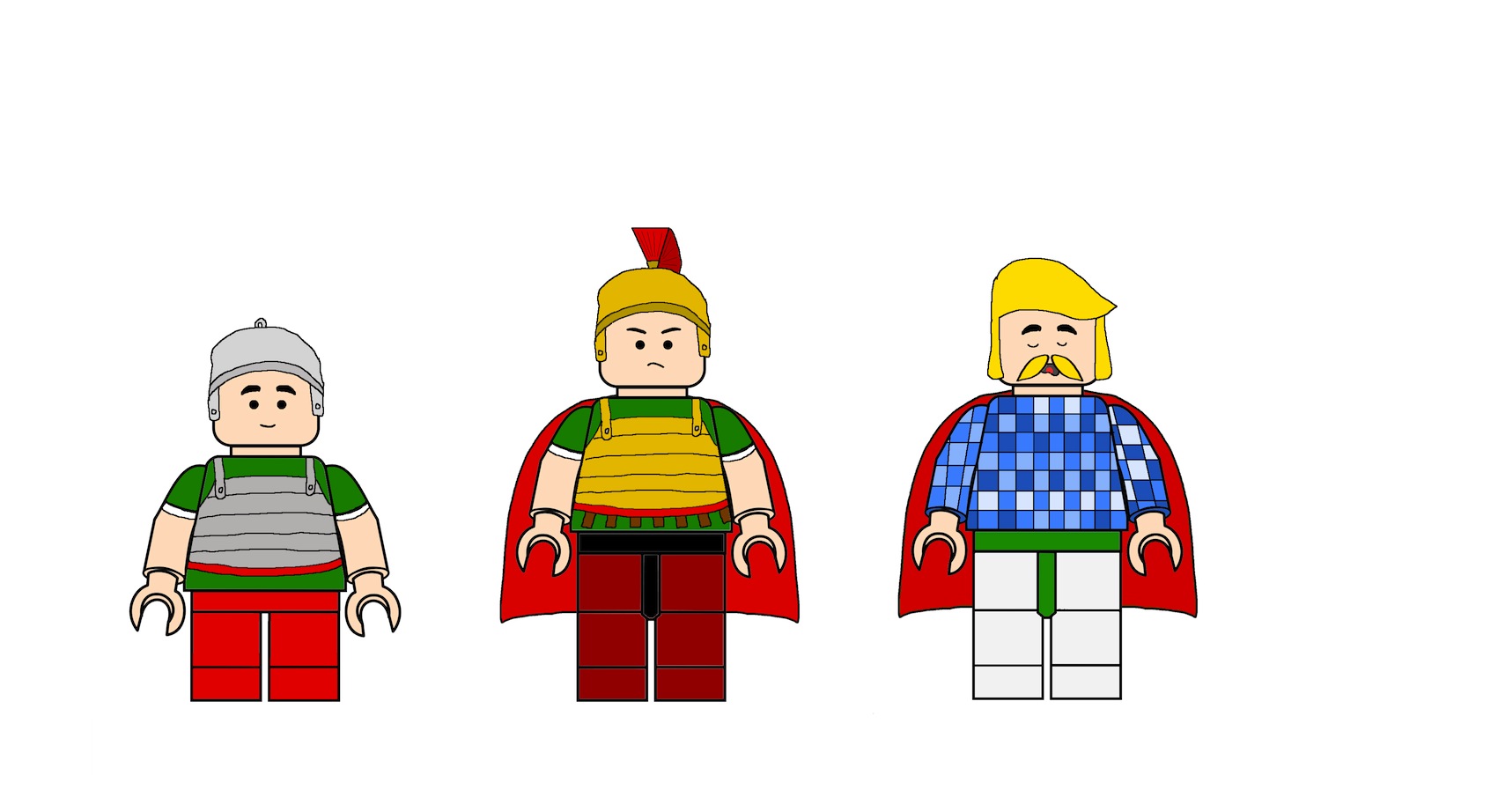 Here are two Roman soldiers, a simple one on the left and a higher rank on the right, and Cacofonix, the bard of the town who eventually has such an amazing (!) voice that the townsfolk need to gag & tie at a tree when he tries to sing.