I finally dismantled the original model today, time for something new. :)

Over 200 supporters in the first fortnight!

Thank you all so much for supporting!!

I wasn't expecting so many supporters! Thank you all so much. It occurred to me that I haven't actually shown you the pictures of the original model.

Outside, closed up. Here you can see the original parasol and the ice  cream sign. 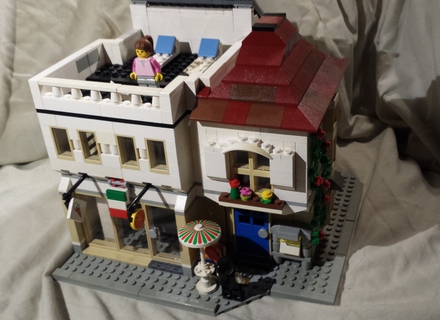 Opened up: Notice how the support for the upper floors was improved. 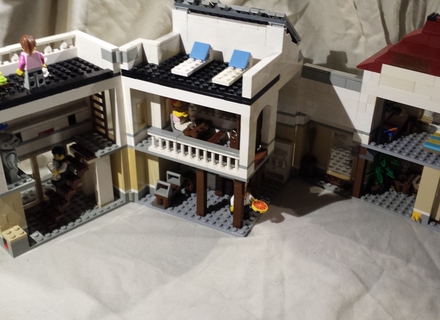 Alongside the Bike Shop and Cafe set: 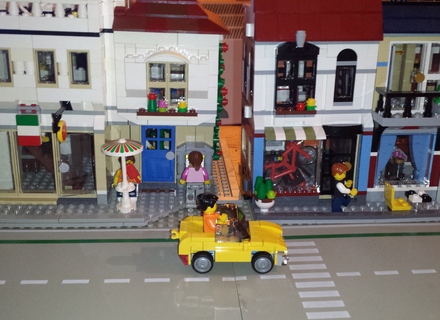 More information on the chimney

Here's a quick peek at how this bit works. The chimney has a hollow space running all the way up it and it measure 2x2 studs. If you imagine that the two technic blocks and the translucent block are the light block, it is attached to the rear of the chimney using a medium stone grey angle plate (part no. 44278) so that it merges with the exterior of the chimney. The axles then run up the chimney to the round blocks. Here's a picture of the inside with some of the blocks hidden from view so we can see inside. 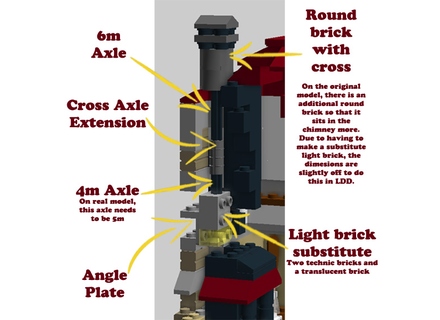 And here's a picture of the original model with the light off, and the light on. 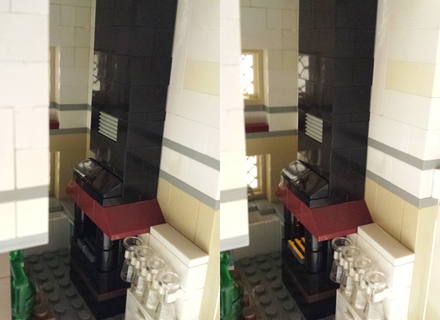