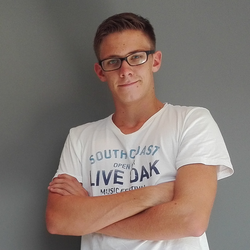 AMSTERDAM can be listed with other major cities like New York, London, Paris and Tokyo  - the likes of whom have already received the "Lego Architecture" treatment - and now it's Amsterdam's turn!

Capturing the spirit of a city that's been around for more than 800 years, has hundreds of interesting buildings and sights to show, and equally many stories to be told in a very limited number of bricks has been a great challenge from the start. I picked the following interesting landmarks, left to right:

Magere Brug
De "Magere Brug" is a one of Amsterdam's most famous bridges, and can be seen in blockbusters such as Diamonds Are Forever.

Streets of Amsterdam
The streets of Amsterdam not only consist of brick, like any other city, but equally important is the water. The canals in Amsterdam are famous around the world, and the many bridges and beautiful 17th-century buildings complete the picture of the Dutch Golden Age.

Dam Monument
The Dam, which marked the beginning of the once humble settlement Amsterdam, has been around for centuries. After the second World War, this monument was established on the dam square to remember those who perished or suffered during the conflict. The left and right figures symoblize resistance, the one in the middle is chained by war, the figure above symbolizes freedom.

Rijksmuseum
The Rijksmuseum has one of the largest collections of art in the world, including Dutch masters like Rembrandt and Vermeer. The building itself is a work of art as well, and certainly a highlight I wanted to include.

Johan Cruijff ArenA
The Amsterdam ArenA is home to Ajax, the Amsterdam Football Club that is known for dominating football, it's rich history of successes on the European stage, and is renowned for it's football academy that has brougth forth many stars. To commemorate the recent passing of AFC Ajax and FC Barcelona icon Johan Cruijff the stadium has been renamed to Johan Cruijff ArenA, and I added his number to the front of the model.

If you'd like to try it for yourself, I have made the instructions so you can download the instructions from DropBox here: https://bit.ly/2mLFdSR.
I hope you've become as enthousiastic for this model as I have been since I started working on it. If you like it, please support and follow the project to make it happen and get it on shelves!