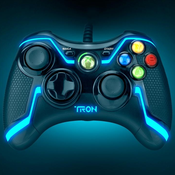 100 years before any of the ninja were born, there was the golden master. He was the ninja of flight before, and now he is training Sensei Wu and a robot he made with tampering into his creation powers. When Evil Aliens come to attack the newly formed Ninjago, Gideon, the ninja of flight, Wu, and the robot Peter, the ninja of time must protect it!

I believe this would make a great set because it would take us back to the old days of Ninjago, and introduce us to brand new characters. Also, with this minifigure-rideable train, it would be an Awesome set!