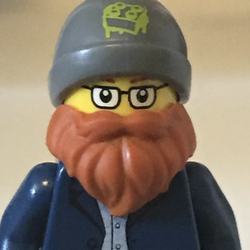 Spanish Galleon rules the seas in the early 16th century to the late 17th century. These ships were used for trading, war, or even transporting valuable treasures! Fans have been begging for the revival of the Pirates Theme, and now the time has come to kickstart it off with a proper pirate ship! Lego sets are becoming bigger and bigger and it would be a perfect time for another Lego pirate ship! With your help we can show Lego what fans want to see!

The build itself is around 2,000 pieces with more than 15 yards worth of rigging! It has 4 decks that carry 24 guns and took over 3 months to plan and build. It is roughly 3 feet long and 2 feet tall, which means it’s about 1/2 of minifigure scale. The decks have plenty of room to hold figures along with valuable cargo and treasure!
47