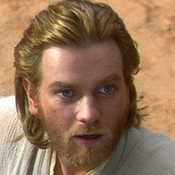 By Neyo91
44 comments
'Piacere, Girolamo Trombetta!'
After watching Luca when it was released on Disney+ and being drawn in by the stunning animation as well as fabulous characters and setting design, I saw fit to try to recreate the wonder that Pixar showed on screen. What better place to have been represented than the home of Giulia and Massimo Marcovaldo; two of my favourite characters in the film.
The build features a minimal but effective interior of the memorable scenes where the characters enjoy a nice bowl of penne de pesto. The build consists of the main house as well as the wall and tree outside and is made from 1009 pieces.
The characters were some of my favourite parts to design, and it's a shame I couldn't do more. This is my first time illustrating LEGO minifigures and is something I have seen done by others that I wanted to experiment with for this project. While they are not perfect, I still like the way they ended up. I included Luca, Alberto, Giulia and her father - simply because they are the most memorable characters. (I considered including Ercole, but ultimately decided against it in the end).
I really hope you like my build and hope you would consider supporting as well, as I would very much like to see Luca be represented in LEGO form. Thanks a bunch for checking out my project! Ciao!