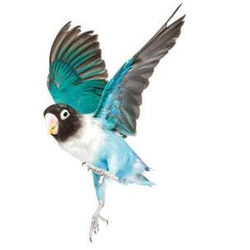 The TIE/sa bomber, simply known as the TIE bomber, was a larger, less maneuverable TIE starfighter used for destroying large starships and pinpoint-precision bombing. The "sa" in the TIE bomber's designation stood for "surface assault." Due to their distinctive dual-hull shape, TIE bombers came to be referred to occasionally as "dupes" or (albeit indirectly) "sitting ducks" by enemy pilots. The latter nickname was due to its bulky structure making it much slower and far less maneuverable than other TIE craft.