Assault on The World Tree 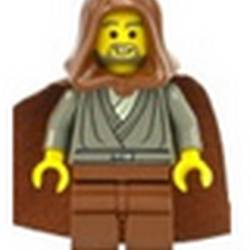 Straight from a scene in Michael Scott's "The Alchemyst: The Secrets of The Immortal Nicholas Flamel", this set has features of fables and fantasy.

Nicholas Flamel leads the twins, Sophie and Josh Newman, and Scathach to secure the aid of Hekate, a powerful three-faced Elder, who can awaken the twins' magical potential. Dr. John Dee discovers this, and enlists the aid of Bastet and the Morrigan. The trio mount a massive assault on Hekate's shadowrealm, to destroy Yggdrasill – the world tree – that is the heart of Hekate's power.

The set comes with the following minifigures:

Yggdrasill, the world tree, and Josh's SUV are included in the set. Yggdrasill has 4 rooms and the full set has 869 bricks.