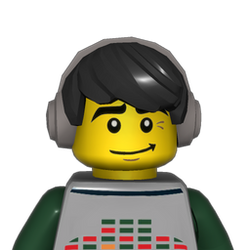 Overall there is:
-4 figures
-The bobsled
(70 bricks in all)

I decided to create this idea because I love this film and, knowing that other sets have come out as a liscense of a cult movie (Back to the Future, Ghostbusters... ) I told myself that It was unfortunate that no one was proposing this idea and that it would be a good idea for a future LEGO set