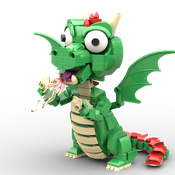 Nautilus is the submarine featured in Jules Verne's novel Twenty Thousand Leagues Under the Sea (1870).
Jules Verne has been one of the most-translated authors in the world and he has sometimes been called the "Father of Science Fiction".
Twenty Thousand Leagues Under the Seas is one of his greatest works. It tells the story of marine biologist Pierre Aronnax, his manservant Conseil and harpoonist Ned Land, who – after joining the hunt for a mysterious sea monster – are thrown overboard when the monster attacks and find themselves prisoners of Captain Nemo. On board the Nautilus, the three companions get to experience the vast and endlessly fascinating world under the sea.
Nautilus, designed and commanded by Captain Nemo, is described by Verne as “a very long cylinder with conical ends” and "a masterpiece containing masterpieces".
My submission attempts to faithfully capture the spirit of Jules Verne while allowing great playability.
The submarine is easily openable to give access to all the detailed interior spaces which include the wheel house, the grand salon, the opening main hatch , the diving area, and the engine room.
All around Nautilus, you can also display giant squid, ruins of Atlantis ,diver suit and marine life to reenact your favorite scenes or create new ones.
This model uses 1753 parts and includes Captain Nemo, Professor Aronnax, Ned Land, Conseil and the Nautilus’ First Mate.
I hope you enjoy this submission.
Thank you very much for each support.
Thank you even more for each comment.
…And even more to share this idea with your friends on social networks.