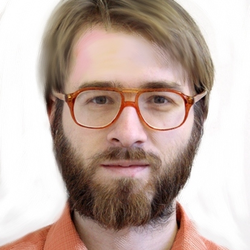 When I was young, I liked the movie Short Circuit (1986), rudely because there was a robot number five (Johnny Five) that was extremely moving and sophisticated. Now I have a son who is six years old and he likes the same robot. So I decided to build Johnny Five robot from Lego bricks, and my son loved this model. Maybe other children (regardless of age) might love it. The model is mobile and contains a lot of detail that had the real robot in the film. The robot is 30 cm tall and 21 × 20 cm wide.