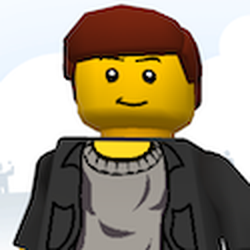 I appreciate the support you guys have given the project so early on! Excuse my excessive use of "original cars" in the project description. The Lego Ideas team thought my idea had cars that represented other companies' vehicles so I had to add that to clear up the confusion.

Recently I had the idea of adding more functionality to the idea so I implemented a new feature. I really wanted the minifigures to watch The Lego Movie instead of building onto the movie screen so I added a phone stand to the model. Below are the renderings with and without the phone stand.