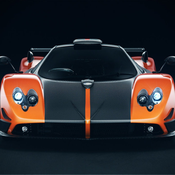 This is a Lego version of the Storm Chasers car, the Tornado Interception Vehicle 2 (also known as the TIV 2). This model took me about two months to complete, including everything such as ordering parts and designing stickers.

​The functions of the Lego model include:

A video you need to watch:

Take a look at pic 1 and check out some fun facts about the real thing:

Support, support, support! This model can't become a set without you or your friends so please tell them! Please share this on Facebook, too.

I really think that this set would be a lot of fun for kids and teenagers, simply because it's based off a very functional and detailed car, and the daring chasers would offer lots of playability. I'd like the box to look like the Tornado Alley cover (pic 2), with the TIV 2 heading towards two or three tornadoes. And if you could put some of the facts about the real car in the instruction booklet, like I did here, that would be neat.